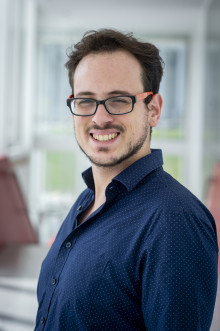 Jason Filippou was born in Athens, Greece, in December 1988. He is a citizen of both Greece and Canada. He holds a BSc in Computer Science from the National and Kapodistrian University of Athens. His thesis, "A Probabilistic Logic Programming Event Calculus" was published in the journal Theory and Practice of Logic Programming (TPLP). He acquired an MSc in Computer Science from the University of Maryland, College Park in December 2014, co-authoring his scholarly paper "Assigning affinity-preserving binary hashcodes to images" with fellow graduate student Varun Manjunatha. Since Fall 2016, he has been a lecturer in the Department of Computer Science. Since August 2020, he has also been part of a local startup, Xollence LLC, where he works part-time as a backend developer.