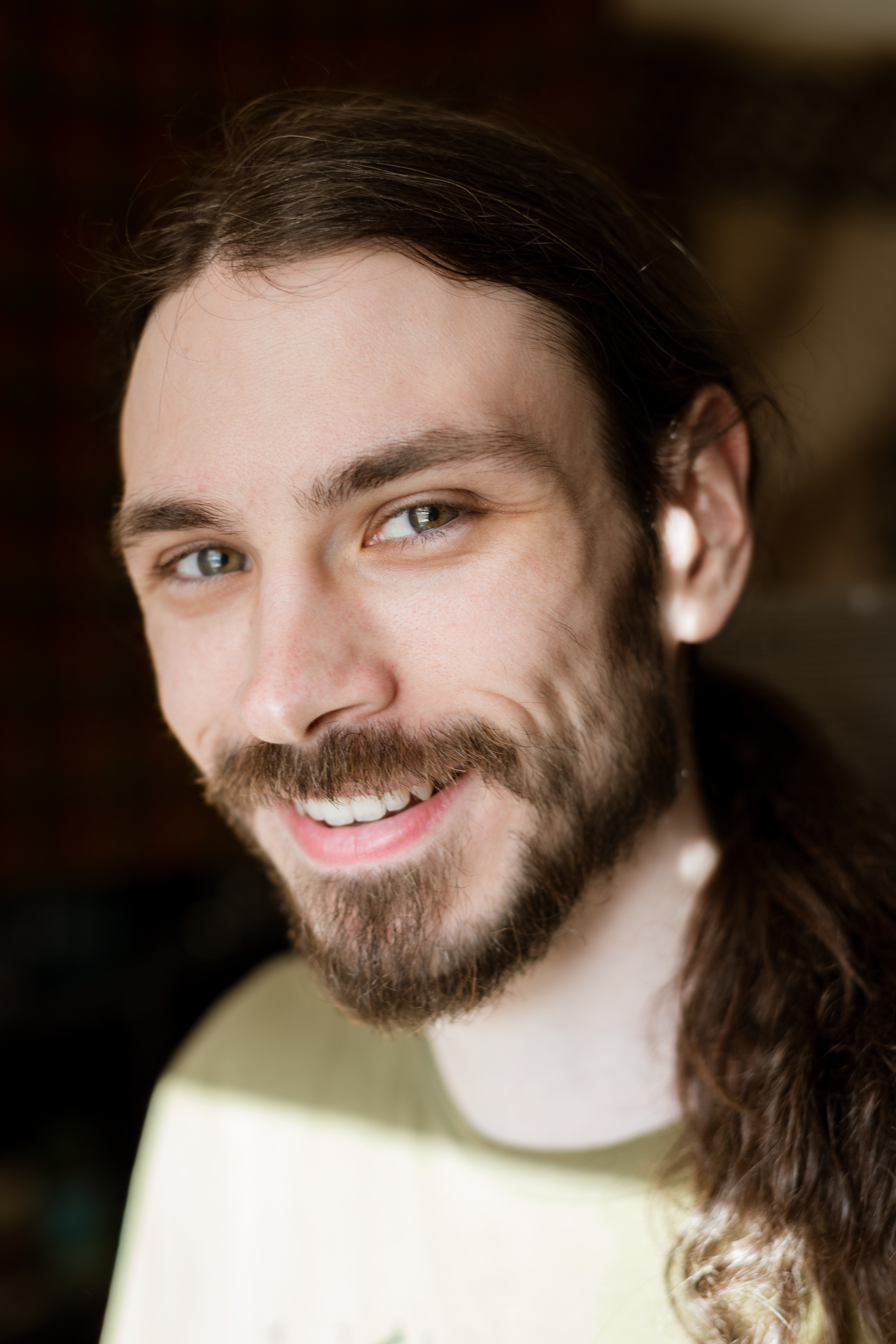 I am a recent PhD graduate of the University of Maryland Department of Computer Science, and a former graduate research assistant working with Professor James Reggia. Our research group studied imitation learning by cognitive robots. I am now a postdoctoral associate in the Aksay Lab at Weill-Cornell Medical School in NYC.

My primary research interest is in the neurocomputational basis of cognition. I aim to develop biologically-inspired neural networks that learn to carry out high-level cognitive behaviors such as cause-effect reasoning and top-down control of compositional working memory. For my dissertation research, I developed an attractor-based recurrent neural network that represents and executes programs written in the LISP programming language, and used it to develop a purely-neural cognitive imitation learning system called NeuroCERIL.

Here is my current CV.

Here is my PhD dissertation.

Understanding the relationship between the mind and brain is a long-standing challenge that has occupied philosophers and scientists for several centuries. Today, profound advances in artificial intelligence (AI), particularly in artificial neural networks, inspire a rich multi-disciplinary community with the complementary goals of understanding the neural basis of cognition and developing AI systems with human-level cognitive abilities that can help us address the challenges of the modern world. While state-of-the-art artificial neural networks achieve impressive performance on a broad spectrum of problem domains, from natural language processing to autonomous vehicles, their limited ability to learn high-level cognitive skills such as planning and goal-directed reasoning highlights the significant challenges that remain on the road toward human-level AI. This is further complicated by concerns raised about the safety and trustworthiness of "black-box" systems such as deep neural networks that are difficult to explain and interpret, and therefore difficult to patch and debug. These limitations are sharply contrasted with the robustness and interpretability of traditional symbolic AI systems that more readily capture the generalizable procedures associated with human cognition and consciousness. This is puzzling given the cognitive capabilities of the human nervous system, and it indicates an explanatory gap between neural and cognitive computations that is a major obstacle to development of human-level AI.

The goal of my dissertation research is to bridge this gap with a purely-neural AI system that learns to perform new tasks from demonstrations (i.e., imitation learning). While most past work on imitation learning has focused on rote memorization of motor behavior, humans readily imitate by inferring the underlying intentions of the demonstrator in order to understand their behavior at a deeper level. This form of imitation learning is much more challenging because it requires high-level cognitive abilities such as goal-directed reasoning, symbolic pattern matching, and hierarchical planning. In previous work, our research group developed CERIL, an imitation learning system based on cause-effect reasoning that implements these abilities with traditional symbolic algorithms, and provides human-interpretable explanations for its own behavior. I hypothesize that the core functionality of CERIL can be captured in biologically-plausible recurrent neural networks that represent and execute high-level symbolic programs using gated attractor states. I have identified three specific research objectives to test this hypothesis. First, I establish a novel method for representing compositional data structures as systems of gated itinerant attractors called attractor graphs. Then, I develop NeuroLISP, a neurocomputational system that uses attractor graphs to represent and execute programs written in LISP, a high-level programming language that is common in traditional symbolic AI. Finally, I adapt CERIL's inference and planning algorithms for efficient implementation in NeuroLISP, and evaluate the resulting system's performance on multiple robotic imitation learning tasks that we have developed to verify its correctness and generality. The resulting system will demonstrate that gated attractors provide a bridge to symbolic programming constructs that facilitates high-level cognitive learning in neural networks.


Abstract: Despite significant improvements in contemporary machine learning, symbolic methods currently outperform artificial neural networks on tasks that involve compositional reasoning, such as goal-directed planning and logical inference. This illustrates a computational explanatory gap between cognitive and neurocomputational algorithms that obscures the neurobiological mechanisms underlying cognition and impedes progress toward human-level artificial intelligence. Because of the strong relationship between cognition and working memory control, we suggest that the cognitive abilities of contemporary neural networks are limited by biologically-implausible working memory systems that rely on persistent activity maintenance and/or temporal nonlocality. Here we present NeuroLISP, an attractor neural network that can represent and execute programs written in the LISP programming language. Unlike previous approaches to high-level programming with neural networks, NeuroLISP features a temporally-local working memory based on itinerant attractor dynamics, top-down gating, and fast associative learning, and implements several high-level programming constructs such as compositional data structures, scoped variable binding, and the ability to manipulate and execute programmatic expressions in working memory (i.e., programs can be treated as data). Our computational experiments demonstrate the correctness of the NeuroLISP interpreter, and show that it can learn non-trivial programs that manipulate complex derived data structures (multiway trees), perform compositional string manipulation operations (PCFG SET task), and implement high-level symbolic AI algorithms (first-order unification). We conclude that NeuroLISP is an effective neurocognitive controller that can replace the symbolic components of hybrid models, and serves as a proof of concept for further development of high-level symbolic programming in neural networks.


Abstract: We present a neurocomputational controller for robotic manipulation based on the recently developed "neural virtual machine" (NVM). The NVM is a purely neural recurrent architecture that emulates a Turing-complete, purely symbolic virtual machine. We program the NVM with a symbolic algorithm that solves blocks-world restacking problems, and execute it in a robotic simulation environment. Our results show that the NVM-based controller can faithfully replicate the execution traces and performance levels of a traditional non-neural program executing the same restacking procedure. Moreover, after programming the NVM, the neurocomputational encodings of symbolic block stacking knowledge can be fine-tuned to further improve performance, by applying reinforcement learning to the underlying neural architecture.


Abstract: Compositionality refers to the ability of an intelligent system to construct models out of reusable parts. This is critical for the productivity and generalization of human reasoning, and is considered a necessary ingredient for human-level artificial intelligence. While traditional symbolic methods have proven effective for modeling compositionality, artificial neural networks struggle to learn systematic rules for encoding generalizable structured models. We suggest that this is due in part to short-term memory that is based on persistent maintenance of activity patterns without fast weight changes. We present a recurrent neural network that encodes structured representations as systems of contextually-gated dynamical attractors called attractor graphs. This network implements a functionally compositional working memory that is manipulated using top-down gating and fast local learning. We evaluate this approach with empirical experiments on storage and retrieval of graph-based data structures, as well as an automated hierarchical planning task. Our results demonstrate that compositional structures can be stored in and retrieved from neural working memory without persistent maintenance of multiple activity patterns. Further, memory capacity is improved by the use of a fast store-erase learning rule that permits controlled erasure and mutation of previously learned associations. We conclude that the combination of top-down gating and fast associative learning provides recurrent neural networks with a robust functional mechanism for compositional working memory.


Abstract: Despite the well-defined behavioral criteria for posttraumatic stress disorder (PTSD), clinical care is complicated by the heterogeneity of biological factors underlying impairment. Eye movement tasks provide an opportunity to assess the relationships between aberrant neurobiological function and non-volitional performance metrics that are not dependent on self-report. A recent study using an emotional variant of the antisaccade task demonstrated attentional control biases that interfered with task performance in Veterans with PTSD. Here we present a neuroanatomically-inspired computational model based on gated attractor networks that is designed to replicate oculomotor behavior on an affective anti-saccade task. The model includes the putative neural circuitry underlying fear response (amygdala) and top-down inhibitory control (prefrontal cortex), and is capable of generating testable predictions about the causal implications of changes in this circuitry on task performance and neural activation associated with PTSD. Calibrating the model with the results of behavioral and neuroimaging studies on patient populations yields a pattern of connectivity changes characterized by increased amygdala sensitivity and reduced top-down prefrontal control that is consistent with the fear conditioning model of PTSD. In addition, the model makes experimentally verifiable predictions about the consequences of increased prefrontal connectivity associated with cognitive reappraisal training.


Abstract: The field of artificial consciousness (AC) has largely developed outside of mainstream artificial intelligence (AI), with separate goals and criteria for success and with only a minimal exchange of ideas. This is unfortunate as the two fields appear to be synergistic. For example, here we consider the question of how concepts developed in AC research might contribute to more effective future AI systems. We first briefly discuss several past hypotheses about the function(s) of human consciousness, and present our own hypothesis that short-term working memory and very rapid learning should be a central concern in such matters. In this context, we then present ideas about how integrating concepts from AC into AI systems to develop an artificial conscious intelligence (ACI) could both produce more effective AI technology and contribute to a deeper scientific understanding of the fundamental nature of consciousness and intelligence.


Abstract: We present a neural architecture that uses a novel local learning rule to represent and execute arbitrary, symbolic programs written in a conventional assembly-like language. This Neural Virtual Machine (NVM) is purely neurocomputational but supports all of the key functionality of a traditional computer architecture. Unlike other programmable neural networks, the NVM uses principles such as fast non-iterative local learning, distributed representation of information, program-independent circuitry, itinerant attractor dynamics, and multiplicative gating for both activity and plasticity. We present the NVM in detail, theoretically analyze its properties, and conduct empirical computer experiments that quantify its performance and demonstrate that it works effectively.


Abstract: While the concept of a conscious machine is intriguing, producing such a machine remains controversial and challenging. Here, we describe how our work on creating a humanoid cognitive robot that learns to perform tasks via imitation learning relates to this issue. Our discussion is divided into three parts. First, we summarize our previous framework for advancing the understanding of the nature of phenomenal consciousness. This framework is based on identifying computational correlates of consciousness. Second, we describe a cognitive robotic system that we recently developed that learns to perform tasks by imitating human-provided demonstrations. This humanoid robot uses cause–effect reasoning to infer a demonstrator’s intentions in performing a task, rather than just imitating the observed actions verbatim. In particular, its cognitive components center on top-down control of a working memory that retains the explanatory interpretations that the robot constructs during learning. Finally, we describe our ongoing work that is focused on converting our robot’s imitation learning cognitive system into purely neurocomputational form, including both its low-level cognitive neuromotor components, its use of working memory, and its causal reasoning mechanisms. Based on our initial results, we argue that the top-down cognitive control of working memory, and in particular its gating mechanisms, is an important potential computational correlate of consciousness in humanoid robots. We conclude that developing high-level neurocognitive control systems for cognitive robots and using them to search for computational correlates of consciousness provides an important approach to advancing our understanding of consciousness, and that it provides a credible and achievable route to ultimately developing a phenomenally conscious machine.