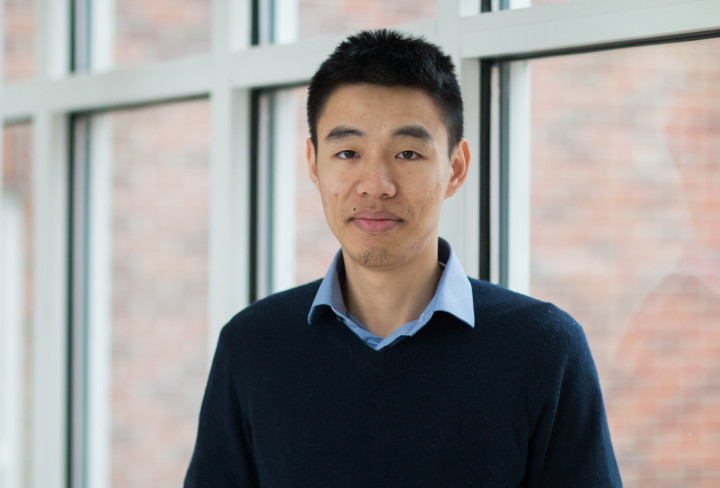 Northwestern University has appointed Ph.D. candidate Xiao Wang as an Assistant Professor of computer science starting in the fall semester of 2019. Before joining the computer science faculty at Northwestern, Wang will conduct a joint post-doctoral fellowship with Vinod Vaikuntanathan at the Massachusetts Institute of Technology and Ran Canetti at Boston University.  “I am very fortunate to be able to work with both of them—they are both world-class cryptographers,” Wang says of Vaikuntanathan and Canetti.

Wang's thesis adviser is Jonathan Katz, Professor of Computer Science and Director of the Maryland Cybersecurity Center. The thesis research focuses on cryptography, specifically on designing and building protocols for secure multi-party computation (MPC). These protocols allow groups of individuals, each holding their own private input, to compute an agreed-upon function of their inputs in a distributed fashion without revealing any additional information.

“My work lies between theory and systems,” Wang says. “I develop protocols and prove them secure, and then implement them and carry out experiments to see how well the protocols perform.  This, in turn, allows me to learn which part of some protocol is the bottleneck, and I can then go back to the protocol and refine it.”

Wang’s introduction to research in computer science came during his final year of undergraduate studies at Hong Kong University of Science and Technology in Hong Kong, China where he earned B.E. in Computer Science, First Class Honors.  There he was able to spend a full year doing research with Professor Ke Yi.  “I learned how to read papers and to work on research problems at that time,” he says.

After matriculating to the University of Maryland to begin his graduate studies, Wang ultimately decided to work in cryptography after taking a seminar course with Katz on secure computation. He enjoyed the topic so much that he chose it as his eventual dissertation topic. During his time at the University of Maryland, Wang also had the chance to work and interact with several other faculty members. As one notable example, he was able to apply his research to the secure computation of bioinformatics algorithms in collaboration with Associate Professor Hector Corrado-Bravo, resulting in a joint paper entitled “Privacy-Preserving Microbiome Analysis Using Secure Computation.”

Wang's work in bioinformatics and security with Corrado-Bravo piqued his interest in genomics and biomedical applications. In his future work at Northwestern, Wang plans to collaborate with researchers at the medical school there on problems in this space.
Wang has an impressive record with multiple publications in top-tier conferences. Among the highlights was his paper "Authenticated Garbling and Efficient Maliciously Secure Two-Party Computation," co-authored with Samuel Ranellucci and Jonathan Katz, which received a Best Paper award at the ACM Conference on Computer and Communications Security in 2017.  After a very successful academic job search—in which he fielded offers from several schools including Northwestern University, the University of Illinois at Urbana-Champaign, and the Georgia Institute of Technology—Wang decided to begin his academic career in Chicago with his new colleagues at Northwestern.

Wang looks forward to next year where he will be able to focus entirely on research before beginning a faculty job. He plans to take the opportunity to learn more about fully homomorphic encryption with Vaikuntanathan and cryptographic composition and modeling with Canetti.  “I would like to build some connections [between their work and his], learn new things, and collaborate together,” he says.
He plans to continue collaborating with Katz in the future.  Of his time as a student with Katz, Wang says, “working with Jonathan was the best thing that could have happened to me.  He is very generous with his time and was willing to meet with me for hours to discuss complex problems. He was always very supportive of me as well.”

Katz calls Wang "one of the best students he has ever worked with." He adds, "Xiao has made fundamental contributions to the field, and his work is already used by other researchers worldwide. I am extremely pleased to see him obtain a faculty position that he so richly deserves."