Dinesh Manocha and Hanan Samet were part of a select group of eight researchers chosen for this honor. SIGGRAPH established the Academy last year to recognize individuals who have made substantial contributions to computer graphics and interactive techniques.

Manocha co-leads a major research group with more than 20 members on geometric and simulation algorithms with applications to computer graphics, robotics and virtual environments. He has published more than 500 papers in the leading conferences and journals in computer graphics, robotics, computational geometry, databases, multimedia, high performance computing and symbolic computation, and received 16 best paper and test of time awards. He is an inventor of 12 patents, several of which have been licensed to industry. Manocha is a fellow of ACM, AAAS, AAAI, and IEEE and received Distinguished Alumni Award from Indian Institute of Technology, Delhi. Manocha was a co-founder of Impulsonic, a developer of physics-based audio simulation technologies, which was acquired by Valve Inc.  More about his research is available at: https://www.cs.umd.edu/people/dmanocha 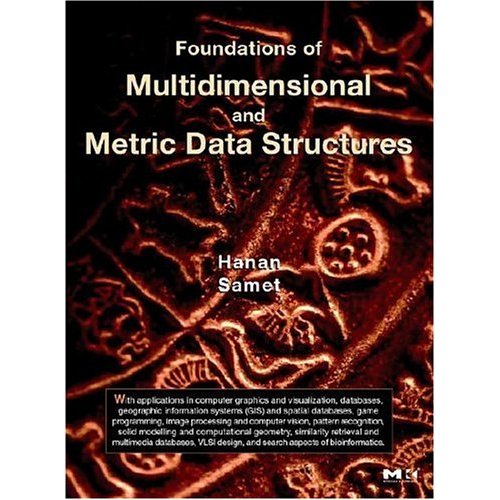 Hanan Samet was recognized for founding, developing, and authoring the definitive texts in the field of storing, processing, analyzing, and retrieving spatial data.

His books are widely cited and his most recent book titled “Foundations of Multidimensional and Metric Data Structures (http://www.cs.umd.edu/~hjs/multidimensional-book-flyer.pdf) published by Morgan-Kaufmann, an imprint of Elsevier, was an award winner in the 2006 best book in Computer and Information Science competition of the Professional and Scholarly Publishers (PSP) Group of the American Publishers Association (AAP).  He is also the winner of the 2011 ACM Paris Kanellakis  Theory and Practice Award, 2014 IEEE Computer Society Wallace McDowell Award, as well as a Fellow of the ACM, IEEE,AAAS, IAPR (International Association for Pattern Recognition), and UCGIS (University Consortium of Geographic Information Science). His work in information visualization (the NewsStand system – https://newsstand.umiacs.umd.edu ) received a best paper award at the 2008 ACM SIGSPATIAL ACMGIS Conference and was recently honored with the 2018 ACM SIGSPATIAL 10 year impact award.

Both will be formally inducted into the Academy at SIGGRAPH 2019, to be held July 28–August 1 in Los Angeles.