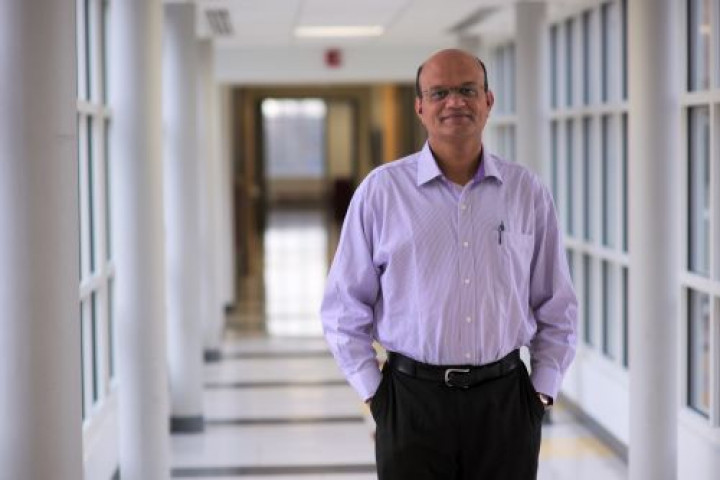 Professor Srinivasan receives the Edsger W. Dijkstra Prize in Distributed Computing for his paper titled "Randomized Distributed Edge Coloring via an Extension of the Chernoff–Hoeffding Bounds", coauthored by Alessandro Panconesi. This paper appeared in the SIAM Journal on Computing in 1997, and an earlier version appeared in PODC 1992.

Several distributed resource-allocation problems, such as contention-free protocols, can be formulated as edge-coloring problems on networks. Prof. Srinivasan’s paper presents the first non-trivial distributed algorithm for this problem, and has led to much activity including improvements and new distributed applications. His paper also presents a concentration-of-measure inequality for sums of "negatively-correlated" random variables, which has since been applied in a large variety of applications.