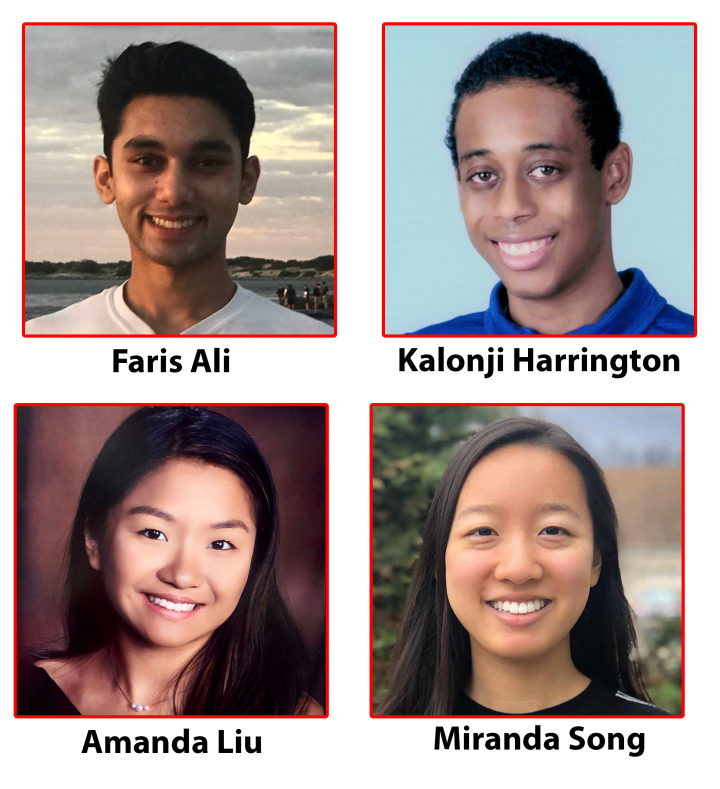 Completing their high school careers and commencing their college ones while navigating the “new normal” of a global pandemic deserves credit on its own. But students in the University of Maryland’s incoming first-year class have accomplished much more.

The group of around 4,300—including 500 computer science majors—is eager to meet new people, learn new things and start a new chapter.

As they officially begin their time as Terps amid an unprecedented fall semester, meet four computer science majors below, virtually, of course:

After graduating from Sunday school at his mosque, Faris Ali wanted to stay connected with his community, continue to learn about his religion and keep giving to those in need. Along with fellow Terp Ayman Bootwala, the Pennsylvanians founded a nonprofit called Youth Connecting Communities (YCC), which seeks to integrate volunteer work into everyday life and extend Sunday school in an engaging way. “In addition to learning about our religion of Islam, we wanted to also learn about the other two Abrahamic faiths of Judaism and Christianity,” Ali said. “So, it was a broader experience.” The nonprofit, which has 45 volunteers, also partners with an organization in India called Arpan, which aims to prevent child abuse, and works with local nonprofits in the U.S. to provide food and resources to underprivileged populations. Ali hopes to establish a chapter of YCC in Maryland as well and focus on increasing his reach in surrounding communities.

Kalonji Harrington interned at NASA for the past two summers, working 40 hours per week with an engineering mentor on a microelectronics project. “Having that knowledge will give me an upper hand combined with the curriculum at UMD,” he said. In addition to that research, Harrington, a member of the Gemstone Honors College program, has been playing the jazz piano since elementary school. As he begins his time as a Terp, he’s looking forward to seeing how he can make a difference, he said, whether through his studies or other ventures.

Amanda Liu has already achieved an unusual level of scientific success: She took home a first-place Sigma Xi FDA Excellence in Science award at the 2019 Montgomery County Science Fair for her research on muscular dystrophy treatments, and last summer, she worked as a computational biology research intern at the National Institutes of Health’s National Library of Medicine. But she recognizes the value of a well-rounded education, so as a high school sophomore, she helped to spearhead the revival of SilverQuest, her magnet program’s literary publication that had been dormant since 2009. The magazine has been published every year since. “I love STEM, science and computer science, but I also really enjoy the humanities,” she said. “I kind of saw a need for an organization to cohere those two interests.”

For Miranda Song, what started as an internship quickly became much more. Based on her research at the Pennsylvania Biotechnology Center as a high school junior, she created RegenerativeMED, a student-run company that’s aiming to develop an anti-aging drug by making a protein that counteracts the aging process in cells. “It’s been an amazing experience,” she said. Inspired to offer similar opportunities for her peers, she co-founded both the STEM Research Club at her high school and the STEM Experiential Learning Foundation, which introduces underserved students to research and career opportunities. No stranger to scholarly projects and competitions herself, Song, who will study computer science, placed sixth internationally in the HOSA Future Health Professionals Medical Math event.