“It’s Always Been About the Data”

Judith Dotson (B.S. ’85) cruises the Atlantic on a Navy destroyer and breaks barriers as a woman in the defense field
November 10, 2020 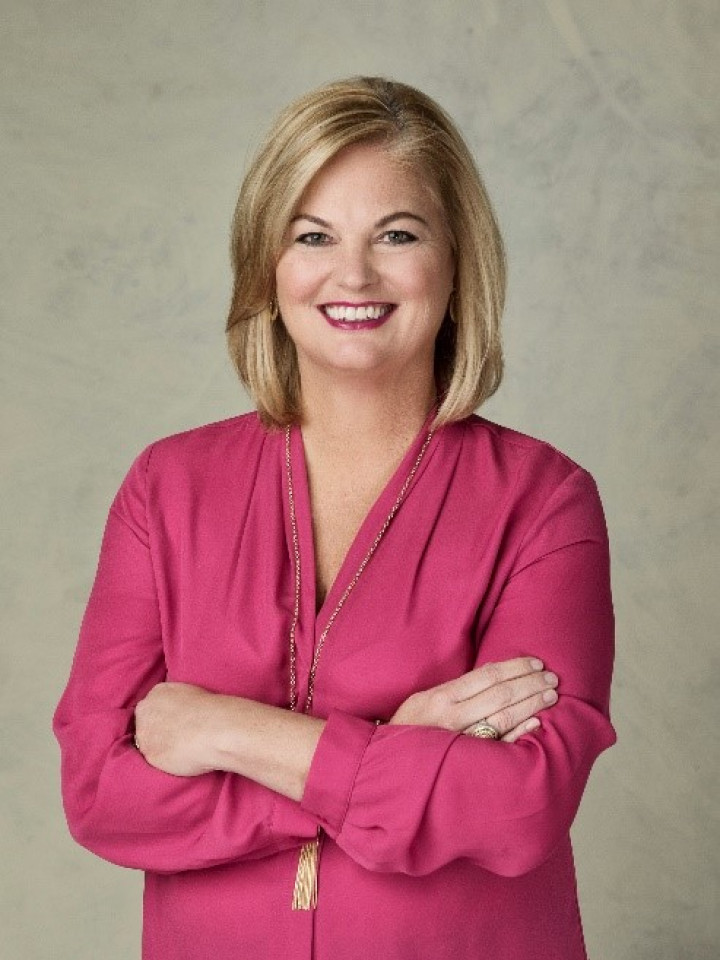 When Judith (Hogan) Dotson graduated from the University of Maryland in 1985, she never imagined just how far her computer science degree could take her—literally. In the spring of 1986, Dotson found herself cruising in the Atlantic Ocean aboard the USS Hayler, a Navy destroyer, watching massive helicopters take off and land on the deck, eating in the officer’s mess and staying in a cabin so tiny that if she got out of her bunk too quickly she’d hit her head on the “overhead”—the Navy term for ceiling. She’d never experienced anything like it.

“It was wild,” she said. “There was that moment of realizing I’m on the ship and I can’t get off, but the experience on the ship was great.”

And Dotson loved it. During and after college, she worked for the Naval Surface Warfare Center (NSWC) in White Oak, Maryland, a facility that does research and development for the Navy’s defense systems. At NSWC she was part of a group of computer scientists that spent months testing software for Aegis—a centralized, automated, command-and-control and weapons control system, teamed up with robotics experts to develop devices to retrieve test missiles from deep water, and collaborated with organizations across the government to ensure the database management system she managed contained the most accurate data and information on shipboard systems. The assignment aboard the USS Hayler provided an opportunity to see the equipment, weapons and systems she tracked in action.

“While we were haze gray and underway on the ship, they were doing qualification drills to achieve specific certifications to test out some of their equipment,” Dotson recalled. “I was able to see the world’s best Navy in action. It was really amazing to know that our efforts contributed to the overall mission.”

Though it was a great adventure, the job didn’t turn out to be a perfect fit for Dotson in the long run. But the experience set the stage for her next—and perhaps most important—opportunity at the global firm where she would eventually become executive vice president.

“A good friend of mine worked at Booz Allen,” Dotson recalled. “She called me and said, ‘Hey, we have this big database here and we could use some help getting some reporting done, would you be interested?’ And it was just the right moment where I thought, ‘Now that sounds cool.’ I went on an interview and I loved it—and the rest is history.”

In her 31 years at Booz Allen, Dotson has taken on a variety of roles, helping to build the company’s Federal business across civilian, defense and national security clients before joining the leadership team. She is well-versed in leading diverse teams with deep mission understanding and functional expertise in cybersecurity, engineering and science, artificial intelligence, machine learning, analytics, digital services, strategy and organizational development, and workforce management.

“I was promoted to senior vice president in 2004. At that point, I took on leadership roles,”

Dotson said. “I shifted my focus from managing a portfolio of technology programs to leading larger businesses focused on delivering solutions that integrate our firm’s deep mission understanding with technology expertise. Today, I lead our national security business.”

In her time at Booz Allen, she has worked across a wide range of clients, including the Departments of Energy, Labor, Treasury, Health & Human Services, and the Environmental Protection Agency; military branches including the U.S. Army, Air Force and Navy; and agencies supporting the Department of Defense, such as the Defense Advanced Research Projects Agency and the Defense Information Systems Agency. Dotson built a track record of success as a leader, a manager and team builder, enjoying the challenge every step of the way.

“I am energized by a good challenge,” she said. “When you surround yourself with a great team that is ready to work together on a common goal, the confidence is off the charts and we can accomplish anything.”

For Dotson, that confidence goes back a long way. She credits her family and the support and encouragement she got growing up in Rockville, Maryland.

“My older brother, my younger brother, my dad and my mom—all of them were incredibly supportive of me doing anything and everything that I wanted to do,” she said.

Dotson knew her way around the UMD campus long before she was even out of high school. Growing up, her parents took her to countless UMD sporting events and celebrations on campus. So, when it was time to go to college, it was an easy choice, especially because she knew exactly what she wanted to study—and she already had tons of Terps sporting gear.

“I wanted to study computer science. I knew that before I went to UMD,” Dotson said. “I had taken a computer math course in high school and Maryland had an up-and-coming program at that point. Of course, it’s way more than up-and-coming now.”

“I love the nature of it, it is like a puzzle, kind of multi-dimensional,” Dotson said. “And I also like that there are tangible results—you do the work and you know when it works. I find that to be incredibly rewarding.”

Though Dotson didn’t fully understand all the facets of computer science in those early days, she was confident that it could take her where she wanted to go.

“I also selected it because it was also a very practical kind of trade that I could learn, I knew that I could apply it in many places,” Dotson said. “One of the things that I find most interesting about the field is that it’s a moving target, it continues to evolve. When you layer the new technologies, it just keeps changing.”

The only woman in the room

When Dotson’s career in the technology industry was just getting started, she was so focused on her work and her goals that she rarely thought about something else—the fact that she was often the only woman in the room.

“Day to day, I didn’t think so much about it then,” Dotson said. “I would look up, realize I was the only woman at the conference table, and I’d think, ‘Well, OK, maybe that means I’m gonna succeed.’”

But she knew things had to change. And over time, she and others created a support system to make it happen.

“Booz Allen has come a long way over the years,” Dotson said. “Women leaders have come together to help each other be successful. In addition, it took some amazing men sponsoring us, that’s for sure.”

A decade ago, the firm established a Women’s Agenda with the deliberate intention to make its leadership team more reflective of the organization overall and promote female leaders from within the firm. Today, Dotson serves on a diverse leadership team that is 67% female (six women, three men). The firm’s 12-member board of directors is 42% female, nearly double the average for S&P 500 companies.

“We have four group leaders at Booz Allen and all four of them are women—the leader of our Civil Business, our Defense Business, our National Security Business and our Strategic Innovation Group,” she said. “All four report directly to the CEO. We have one of the most diverse leadership teams in a company like ours. It’s something we’re very proud of.”

But when it comes to making the workplace more inclusive overall, Dotson realizes there’s still more work to be done.

“When I share my personal experiences, I realize I’m lucky,” she said. “I absolutely think we need to do more to promote equity across our workforce and I’m committed to making sure that happens.”

After 31 years at Booz Allen, Dotson is proud of all she’s accomplished, excited about what’s ahead and grateful for the UMD degree that provided a strong foundation from the beginning.

“My computer science degree was foundational to everything that I have worked on at Booz Allen and everything I hope to work on in the future,” Dotson said. “It’s always been about the data for me. That’s at the heart of our clients’ challenges today. With all the information that’s available, how do you make sense of it? That plays perfectly into what I learned at UMD.”

It’s clear Dotson loves what she does. But the one thing she is most proud of isn’t something she accomplished at work. It’s her family—Scott, the agriculture student she met at UMD and married four years later, and their children.

“I would say what I value as my biggest accomplishment is my family,” she explained. “I have two kids, actually they’re adults now, a 25-year-old and a 27-year-old, a girl and a boy, in that order. And I’m so proud of who they have become.”

Dotson has come a long way since her days at UMD, farther than she ever imagined her computer science degree could take her. And she wouldn’t change a thing.

“I have loved it,” Dotson said. “There’s been so much variety, in terms of the work, the people I met at Maryland and at Booz Allen, I can’t imagine a better 35 years.”