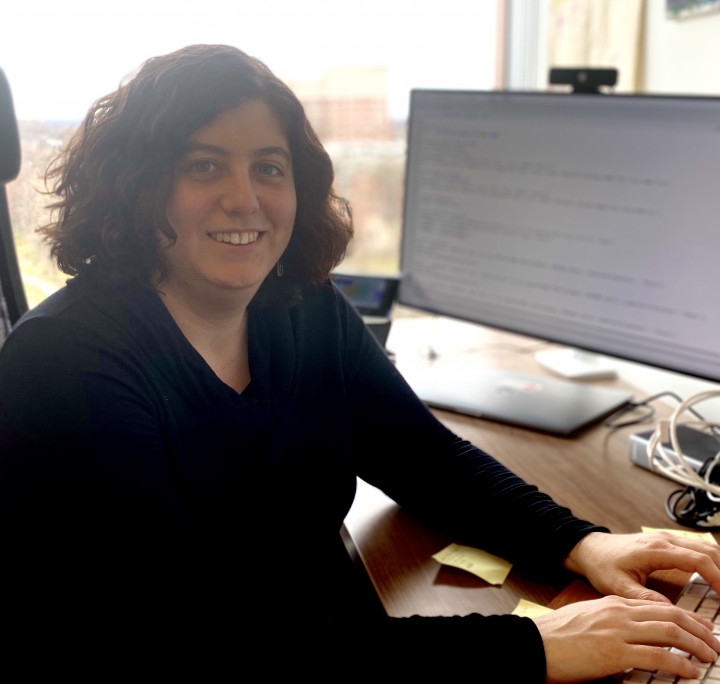 An expert in human-centered security and privacy has been named to help lead the Maryland Cybersecurity Center (MC2) for the next five months, after which she will assume a new role as the center’s director.

Michelle Mazurek, an associate professor of computer science with an appointment in the University of Maryland Institute for Advanced Computer Studies (UMIACS), was just appointed as co-director of MC2 through June 30, 2021.

She will help lead the multidisciplinary center with Charalampos ‘Babis’ Papamanthou, the current director. Papamanthou will be leaving the University of Maryland for a new academic position at Yale University on July 1, at which time Mazurek is expected to be named director of MC2 for a three-year term.

“Michelle is a talented faculty member who has been essential to the success of MC2 over the years,” says Mihai Pop, professor of computer science and director of UMIACS. “Having her as co-director will allow for a seamless transition when Babis departs, and will benefit the center’s numerous activities in research, education and innovation immensely.”

MC2 was launched in 2010 with strong support from the A. James Clark School of Engineering and the College of Computer, Mathematical, and Natural Sciences. Since then, the center has fostered numerous collaborations in cyber-related research, education and technology development with major corporations that include Cisco Systems, ManTech, Tenable, Lockheed Martin and Northrop Grumman.

The center has a robust community of postdocs and graduate students, with several of them working with UMD faculty in emerging areas of research like blockchain and cryptocurrency security or post-quantum cryptography. Many MC2 alumni have received faculty appointments at top universities including Princeton, the University of Michigan, Texas A&M, Northwestern, Duke and others.

Mazurek, in addition to her appointments in MC2 and UMIACS, is also part of the Human-Computer Interaction Lab. She has authored or co-authored more than 85 papers and is currently advising four doctoral students, with three others having graduated within the past six months.

She received her doctoral degree in electrical and computer engineering from Carnegie Mellon University in 2014.