Just two years after graduating, Brett Boyer is making his mark as co-founder of the software startup Datakwip.
February 05, 2021 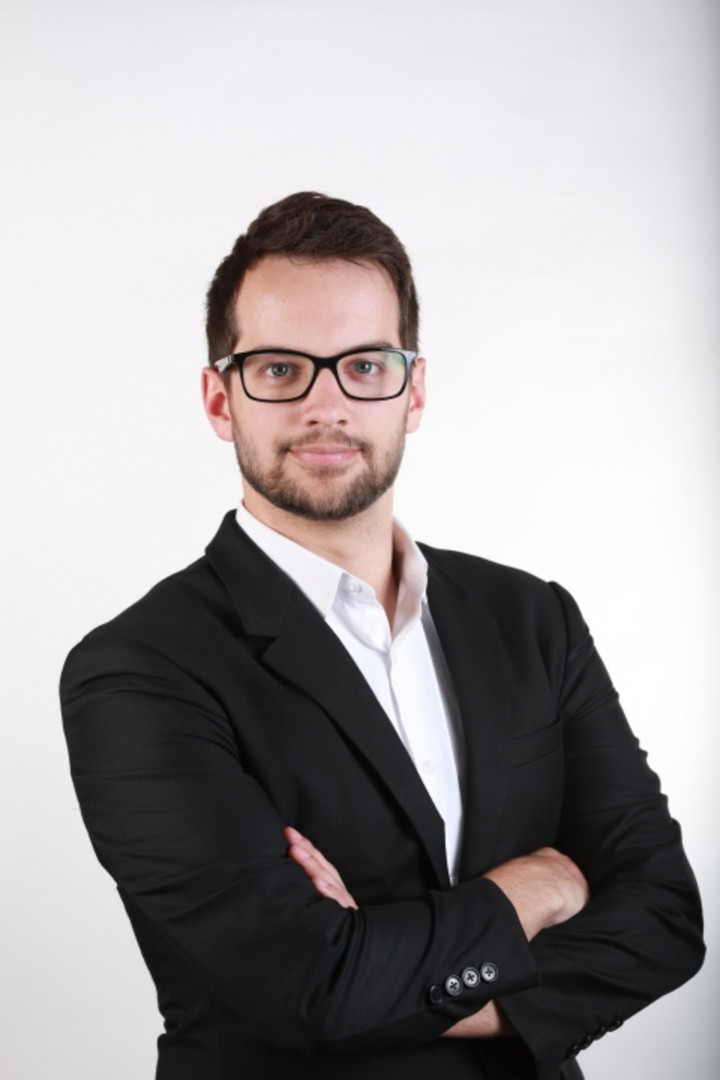 Years before Brett Boyer got his B.S. in computer science at the University of Maryland in 2018, he made a discovery that would change his life: he realized he had a knack for inventing things that could solve problems—and he loved doing it. It started when he was a teenager, dealing with the challenges of his first car.

“My first car was a ’93 Honda Accord that barely ran. The locks on it didn’t even work,” he recalled.

Frustrating? Absolutely. But to Boyer, it was a problem just waiting for a solution.

“When I thought about it, I realized I could solve this,” Boyer said. “I took some RFID (radio-frequency identification) technology and hooked it up to the actuators in my car doors, so when I walked up to my car, it knew it was me and unlocked automatically.”

Before he finished high school, Boyer also invented a glove that wirelessly controlled a robot as well as a device he called an electromagnetic launcher.

“It just used electromagnets to launch things,” he explained. “That was my senior year of high school. I was putting holes in the drywall from like 30 feet away.”

Boyer’s inventions have come a long way since those early days. Now, as co-founder and director of engineering at the software startup Datakwip, he has been instrumental in the launch of a cloud-based system called no-hardware virtual submetering that allows building owners and managers to monitor energy usage and identify where they can save.

“Before, in any building, if you wanted to know where all of your energy usage would go, specifically what pieces of equipment are using energy, you had to install submeters, basically a CT sensor (hardware used to measure current being drawn from devices) on every piece of equipment that you wanted to monitor,” Boyer explained. “But we developed a way to just use real-time data and turn it into virtual submeters. Now at one one-hundredth of the cost, you can get a very, very accurate picture of where the energy’s going. That’s kind of our biggest invention.”

Discovering a passion for coding

As a boy growing up in Carroll County, Maryland, Boyer was hooked on computers from the day he got his first laptop. When he was just 12 years old, he discovered his passion for coding.

“My uncle—he was a college student—saw that I really enjoyed being on the computer. He came over one day and he was like, ‘Brett, I’m going to put something on your computer that you’re going to love,’” Boyer recalled. “And he downloads NetBeans IDE and gives me a Java book, and he says, ‘Learn to code, you’re going to love it.’ From then on, I was hooked.”

At 15 years old, Boyer’s love of computers and coding opened the door to a challenging internship at Northrop Grumman that his teachers recommended him for. And he was all in.

“I was deep in it, we were doing stuff nonstop, lots of coding. My first year there, I also had to pick up some basic webscripting, database, server management, JavaScript. I picked it up pretty fast,” Boyer recalled. “My second and third years, I did some more electrical engineering kind of stuff, built a few circuits, worked on some projects. Then over the summers, I worked there full time. It was great.”

When it was time to go to college, Boyer knew he wanted to go to Maryland and study computer science.

“Maryland is a great program,” he said. “They’re all about innovation and that was what I wanted to do. Tons of great entrepreneurs have come from Maryland and the program here not only focuses on making great computer scientists but also enables their students to continue beyond a B.S. into the world’s top grad programs or founding the nation’s most innovative startups.”

Even as he entered UMD as a freshman, Boyer was still working at Northrop Grumman—building internal software in the company’s semiconductor fab in Baltimore, taking a full load of classes in College Park, and commuting between the campus and Northrop on a daily basis. And he was still inventing—in one case, it was software that would save millions of dollars annually.

“When I was 18 or 19, sometime in my sophomore year, I invented some software and then Northrop filed it for trade secrets and eventually filed for patents,” Boyer said. “I created new algorithms for processing sequences for semiconductor manufacturing, finding errors before it goes to manufacturing to prevent contamination and missed processes, because when you mess up a wafer, you’re messing up hundreds of thousands of dollars’ worth of work. Just catching a few of those a year saves millions of dollars.”

Jumping into a new challenge

After many years working at Northrop Grumman in different capacities, Boyer figured he would work there after graduation. But his uncle, Cory Perdue—the same uncle who introduced him to coding so many years earlier—had other ideas. Early in Boyer’s senior year, Perdue convinced him to join him at his Frederick, Maryland-based startup company Datakwip after he got his degree.

“Northrop already had a path planned for me, but Cory convinced me to go into his startup with him and help build his stuff,” Boyer said. “He had just started the company, and I jumped in shortly after as co-founder.”

After Boyer came on board, the company quickly grew, boosted by investments from the Chesapeake Bay Seed Capital Fund and the University System of Maryland’s Maryland Momentum Fund. With his expertise, Datakwip’s innovative energy monitoring technology has taken off.

“It’s kind of been a game changer in the industry. With the software that I’ve built, we’ve filed for five patents, plus we’re going for a few more in 2021,” Boyer explained. “Initially we were doing business mostly in the D.C. metro area. But our software is 100% cloud based—to deploy it in a building I don’t ever have to set foot in the building—so now we’ve landed buildings in Boston, California, Texas, Florida. We’re all over the U.S. now.”

And there’s more to come.

“We have a whole pipeline,” Boyer said. “I have my ideas of new things we want to bring out. A lot of it is stuff the industry has never seen before.”

Recently married, with a new house and a long list of projects, Boyer also discovered the satisfaction of creating things in a much simpler way.

“I spend as much as 20 hours a day on the computer, so I like using some pretty basic tools and woodworking. Building stuff out of wood gets me a little bit away from technology,” Boyer explained. “I’ve built some live-edge wood epoxy tables for family members, and now that I have a house, my garage is pretty much set up to build things, which I really enjoy.”

Boyer hasn’t lost his love of coding either.

“I find coding therapeutic. I enjoy it, I do it outside of work as well,” Boyer said. “It’s really powerful—once you get things working, what you can build, it’s pretty limitless. It’s one of the few things that, if you can imagine it, it’s possible to build it.”

Now, as Boyer looks back at how far he has come and everything he has accomplished with Datakwip, it’s hard to imagine it’s been only two years since he graduated from Maryland.

“Oh yeah, it doesn’t feel like it was just two years ago,” he said. “We’ve been so busy and in terms of my engineering capabilities and my leadership capabilities, the amount I’ve grown in two years already felt like an entire career’s worth. There’s really no better way to grow your abilities quickly than doing a startup where it’s either survive or die.”

Boyer isn’t sure what’s ahead, but one thing he knows for sure: he won’t ever stop inventing.

“Oh no, I’ll always be inventing things definitely,” Boyer said. “That’s really what I want to do.”