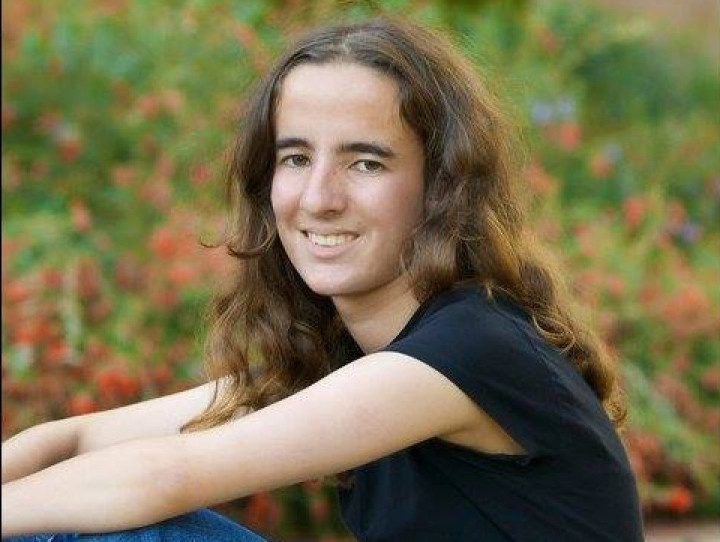 Algorithms are a part of our daily lives. They’re at work when we search for something online, open our favorite social media app or even look up directions on our phones. But what you might not realize is that these algorithms can be biased.

Last fall, Twitter made headlines for how its photo cropping algorithm prioritized white faces over Black ones. In 2019, questions were raised about whether Google’s search algorithm was politically biased against conservatives.

Mitigating these types of biases in technology is how University of Maryland computer science Ph.D. student Marina Knittel wants to make her mark on society. She’s designing algorithms to mitigate bias that can be applied to almost any demographic group.

“I work in theory, so instead of identifying a protected class like race, nationality or gender, we simply view data as having colors that serve as a placeholder for any of the classes,” she explained. “In artificial intelligence, systems exhibit bias against a number of these protected classes.”

Fairness in algorithms is becoming more relevant as artificial intelligence (AI) makes a greater impact on our lives. To begin to make sure AI is fair, computer scientists first have to determine what fair really is.

“You want to impose a fairness metric in AI, but there are many ways to define such a metric and it’s not always entirely clear what the appropriate fairness metric is for an application,” she said.

Knittel’s Ph.D. research aims to determine when different fairness metrics are applicable and when those metrics should be applied.

“I love how applicable computer science can be to the real world, and with my work I feel like I have a very clear impact on society,” Knittel said.

“The committee was very impressed with all of the scholars, but Ms. Knittel’s powerful letters of reference, the exciting prospects of her work in developing algorithms that ensure fairness and scalability, and her ongoing outreach and mentorship to underserved and marginalized communities put her at the top of the list,” the reviewers said in a statement.

On campus, Knittel is a member of the Department of Computer Science Graduate Student Executive Council and the Association for Women in Computing, and she founded an unnamed LGBTQ+ group in the computer science department.

When Knittel learned she was named one of this year’s ARCS Foundation award recipients, she was happy about both the financial gift and the recognition of her work.

“I was pretty excited when I learned that I was going to receive the award,” she said. “It's really cool to be recognized when you're a graduate student, and it was a relief to have my work validated.”

The ARCS Foundation provides $15,000 to academically outstanding U.S. students studying to complete degrees in science, engineering and medical research. ARCS Scholars are selected annually by qualifying departments of science, engineering and medical research within ARCS Foundation's 51 academic partner universities and colleges. Since 1998, more than 75 UMD students have been designated ARCS Scholars, receiving over $1.35 million in support from the Metro Washington chapter of ARCS for their outstanding work.

“Marina is very deserving of the fellowship,” said John Dickerson, an assistant professor of computer science at UMD and Knittel’s co-advisor, along with Computer Science Professor Mohammad Hajiaghayi.

“She is a strong young researcher with a great technical talent in her ability to think computationally and tackle hard questions, but she is also very civic minded,” Dickerson said. “It’s great because right now there’s an intersection of theoretical computer science and machine learning and societal issues. Some examples are the discussions around advertising algorithms on Facebook or search algorithms in Google.”

In addition to the financial award, ARCS Scholars become a part of the foundation’s network of over 10,000 scientists that they can collaborate with and network with professionally.

“The award is a partial funding of my research for a year, but it also allows me to become a part of a community of other scientists across a number of different disciplines,” she said. “What I hope to get out of it is to make new contacts and to be able to understand how my work relates to the work of people in other research areas.”

Knittel still has a few years before she will earn her Ph.D., but she already published six papers and submitted two more for publication, and she is preparing another for submission. After she graduates, Knittel isn’t sure what she’ll do next.

“I’m trying to keep the doors to various career paths open,” she said. “I like the idea of being a professor, but I still feel like I have a lot of time to figure out what I want to do.”

Dickerson believes that Knittel will have many opportunities waiting for her, even some that may not exist yet.

“She's an extremely strong researcher, very driven and in an area that is only going to become more important over time,” Dickerson said. “From a policy and legal point of view, you’re going to see more need for the kind of approaches to algorithms that her techniques are developing. It's hard to predict where she will end up, because a lot of the jobs that somebody like her might end up are only just now starting to appear in industry and academia.”