Harnessing the Power of AI, One Project at a Time 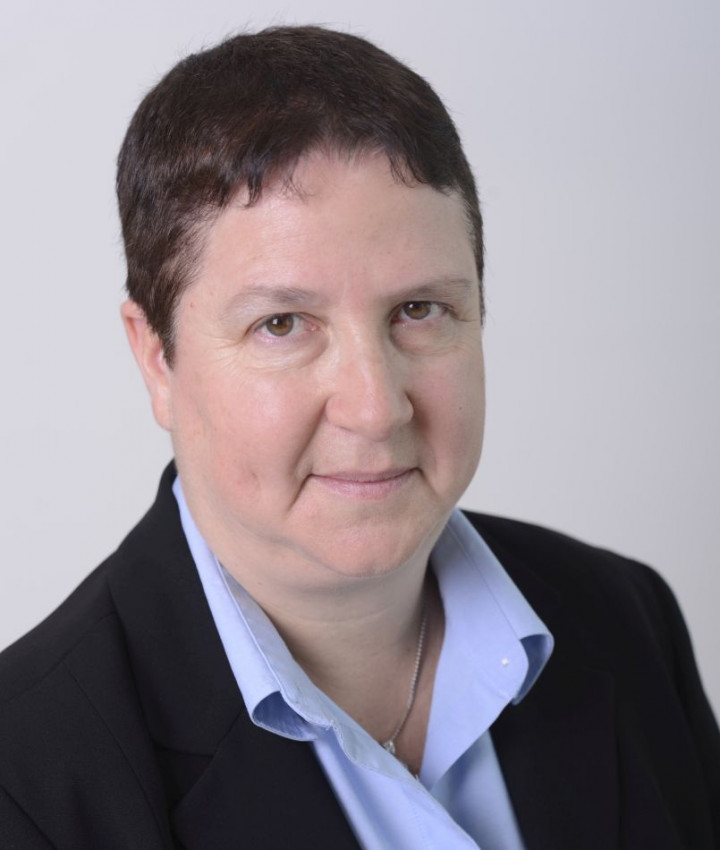 On February 11, 2019, 800 people gathered at San Francisco’s Yerba Buena Center for the Arts to witness an event that might have seemed like science fiction 20 years earlier: a debate between world champion debater Harish Natarajan and IBM’s Project Debater, an artificial intelligence (AI) system designed to take on complex topics and compete with humans in a live war of words.

Offstage, Aya Soffer (M.S. ’92, Ph.D. ’95, computer science) watched the event unfold like a nervous parent. As vice president for AI tech at IBM, she was a leader on the team that made Project Debater a reality.

“I was there live for the debate,” Soffer recalled. “It was exciting and also nerve-wracking. Even though we worked on this thing for many years, we didn’t know exactly what the machine would say in real time. We had many practice debates, but our opponent had never seen Debater and we had never seen him.”

Although the machine didn’t win the debate that night, for Soffer and her IBM colleagues, the technology that brought the project to life definitely proved itself, winning on the question “From whom did you learn more?” This was just one of many major career accomplishments for Soffer.In her 22 years at IBM, Soffer has guided research efforts in AI, big data and machine learning. Overseeing IBM teams in Israel and around the world, Soffer led the development of AI initiatives such as Project Debater and contributed to IBM’s Watson, a computer system capable of answering questions in human language, building on those successes to bring breakthrough IBM products and solutions to market.

“Our motto is ‘innovation that matters,’” says Soffer’s LinkedIn bio, “creating technologies and performing breakthrough research that will help transform businesses and solve problems that make a difference.”

Recently named vice president of AI technologies for IBM research and director of IBM research, Haifa, Soffer has authored more than 50 peer-reviewed papers, filed over 15 patents and was recognized as a member of the Department of Computer Science’s Alumni Hall of Fame at UMD.

Science was a part of life

Born in Israel, Soffer and her family lived there and in the United States when she was growing up. From the beginning, science was a part of life. Both of Soffer’s parents were scientists. Her mother was a microbiologist who worked in a lab at a hospital. Her father, a physicist, worked in one of Israel’s first medical imaging companies. But Soffer quickly realized her biggest interest was in technology.

“I was always building things and fixing stuff,” Soffer recalled. “I became very interested in computers when my father brought home the first HP programmable calculator. The idea of being able to program a machine and tell it what to do intrigued me.”

After getting her bachelor’s degree in computer science at Hebrew University of Jerusalem in 1986 and working for a medical imaging company for four years, Soffer decided to return to the U.S. for graduate school.

“At the time, I already had a two-year-old son, and my husband was a software engineer, so we looked for a place with a very strong computer science department and where he would be able to find a job,” Soffer said.

The University of Maryland and the Washington, D.C. area were a good fit.

“A very cool system ahead of its time”

Soffer completed her master’s in computer science at Maryland in 1992 and stayed for her Ph.D. with Distinguished University Professor of Computer Science Hanan Samet in the Center for Automated Research (CfAR) at the University of Maryland Institute for Advanced Computer Studies.

“I always knew that Aya would be a successful manager/administrator as she did not waste any time, especially with co-workers who she did not see as being willing to stay on message,” Samet said. “This meant being an exacting boss who could evaluate the feasibility of a project before expending resources on a potential failure. I attribute these skills to her ‘day job,’ which was raising three boys. In my opinion, this provides great training for the real world as well as acquiring the critical skill that we call patience.”

“My Ph.D. dissertation was how to automatically find points of interest on maps,” Soffer explained. “We developed a query language where you could just draw on the screen what it is that you’re looking for and use data structures to execute those queries. We really had a very cool system way ahead of its time.”

Samet was beyond impressed by Soffer’s work.

“From a technical standpoint, my favorite is her work on pictorial query specification, which was a software technology that had to wait 10-plus years for the market to embrace an appropriate platform such as the iPad or comparable touch tablet,” he said.

Soon after Soffer received her doctorate in 1995, she joined NASA’s Goddard Space Flight Center as a research scientist. Her work there with spatial databases and digital libraries for Earth science data was closely related to the kinds of projects she did with Samet at UMD.

In 1999, Soffer returned to Israel, joining IBM as a research scientist in the company’s Haifa research lab, which is the largest lab of the IBM Research Division outside of the United States.

“When I interviewed at IBM, there were two directions I could go: computer vision or search engines, where I eventually landed. This was an area that was just gaining traction at the time,” Soffer recalled. “I very quickly realized that the backend was based on the same concepts, there we were indexing what we found in maps and here we were indexing words and documents. I think the underlying things I learned led me very naturally into this area.”

Beginning a new era of AI

In the years that followed, Soffer’s expertise and insight in computer vision and AI, as well as her ability to turn innovative ideas into technology, propelled her to positions of increasing responsibility.

By the early 2000s, Soffer took on new management responsibilities and explored new frontiers in artificial intelligence with projects like Watson. There, the challenge for IBM’s research team was twofold: first, create a new generation of tech that could find answers in unstructured data more effectively than standard search technology; and second, build a computer—Watson—that could compete with humans on the popular TV game show Jeopardy! In 2011, Watson took on two of Jeopardy’s all-time champions.

“I was part of IBM’s Watson project, which was in retrospect the beginning of a new era of AI,” Soffer explained. “It was very exciting to work on that and be part of the excitement of the match, and later to be part of launching what then became our Watson business, which is a big part of our AI business today.”

For Soffer, every new project and every challenge was something to look forward to.

In 2012, when IBM tapped Soffer and the Haifa lab to take on Project Debater, the challenge was clear: enable machines to push the boundaries of natural language understanding and generation.

“We worked on this project for seven years from concept to the big debate in San Francisco,” Soffer recalled. “When we started, we had some ideas on how to make this work, but we had no idea if we were going to succeed.”

But Debater’s autonomous debating system did succeed, and it is still considered an impressive milestone of the AI era today.

“Overall, it was amazing,” Soffer reflected.

“I love helping others grow and inspiring people”

In March 2021, Soffer was promoted from vice president of AI tech for IBM Research to her current position, which involves overseeing all the activities in IBM’s research lab in Israel. This includes AI and security projects, harnessing data to deliver better health care, teaching computers to understand the nuances of human language and much more. The work still inspires her today.

“I love what I do, I work nonstop, and you can only do that if you do,” Soffer said. “As a manager, I love helping others grow and inspiring people. Every time we discover something, we build on top of each other, so we get a community effect, which is very gratifying.”

“For many years, I didn’t want to get involved in any of that. I was like, ‘We’re all equal,’” Soffer said. “But when I became a senior manager, I was invited to give talks and I would have many women come talk to me afterwards about how inspiring it was and all of the challenges they faced. I came to realize I have an opportunity to be a role model. I think diversity, not just male and female but other cultures as well, gives us more points of view. Diversity is important.”

For more than two decades, Soffer’s work at IBM has pushed the boundaries defining the role machines and AI play in our lives. Looking to her future and the future of AI, she can’t wait to discover what’s next, for machines and for the rest of us.

“I believe AI is about helping people not replacing people,” Soffer said. “So, if we want these AI systems to support us in a meaningful way, we should be able to talk to them the way we talk to each other. We’re getting there, but we’re still not there yet. I feel like I’m really fortunate to be working in one of the most exciting areas in computer science today.”