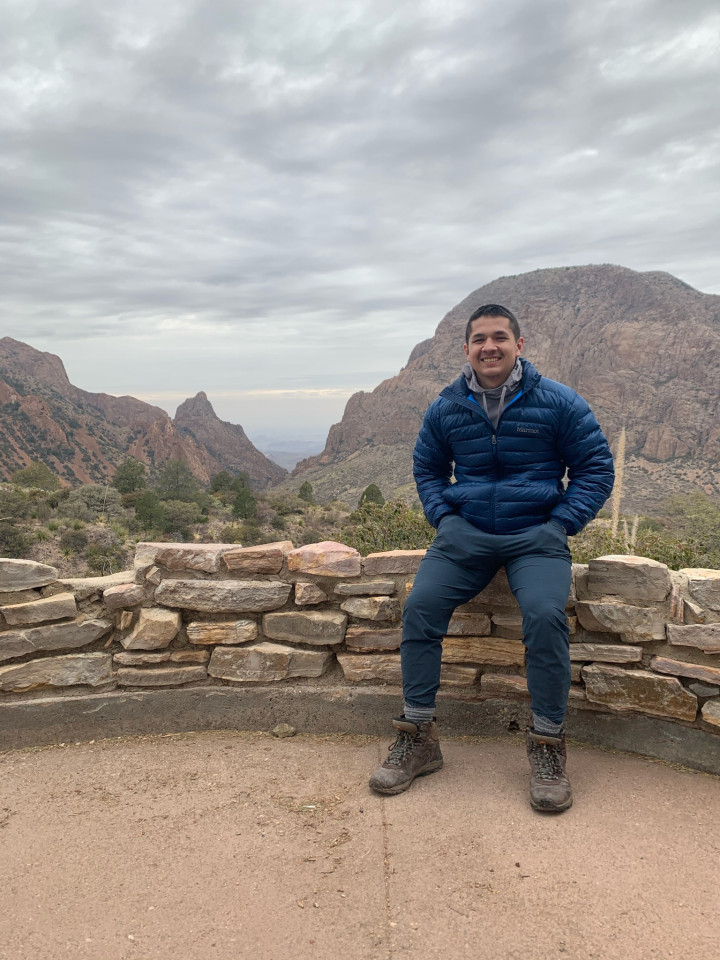 Hollings Scholars receive up to $19,000 over two years, as well as professional development opportunities including a 10-week paid summer internship at a NOAA facility the summer after their junior year. The Hollings Scholarship program is designed to prepare recipients for public service careers with NOAA and other natural resource and science agencies at all levels of government and for careers as educators in oceanic and atmospheric science. Forty-seven UMD students—five this year alone—have been awarded Hollings Scholarships since 2009, according to UMD’s National Scholarships Office.

Word that Robinson received the Hollings Scholarship came just a couple of weeks after he learned that he was selected for the 2021 William M. Lapenta NOAA Student Internship Program—setting him up to intern with NOAA for back-to-back summers in 2021 and 2022.

This summer, Robinson is creating a visualization package for the marine component of a new climate model, the Joint Effort for Data assimilation Integration. It’s important for the model to take into account how oceans distribute heat and moisture globally, ultimately influencing climate and weather patterns. However, the marine component of the model is less developed than the atmospheric side (where the weather happens), so Robinson is writing original code to simulate and predict the temperature, currents and salinity of the ocean.

“The goal is that once the model is able to pop out a daily weather forecast based on the packages I’ve written, in three minutes, they can create a bunch of different visualizations,” Robinson said. “Those visualizations help NOAA inform the public so they can see things more clearly instead of just a bunch of numbers in the forecast.”

NOAA held its 2021 Hollings Scholars orientation in June to introduce everyone and acquaint students with the process and what they can expect for internship selection. Robinson found that many of the speakers at orientation had interesting fieldwork stories to tell, which got him excited about the potential of a career with an organization like NOAA.

“At the orientation, one speaker said, ‘You know the hurricane hunters? I’m one of those people on the back of the plane collecting data.’ And another said, ‘You guys know about the Deepwater Horizon oil spill? Me and my team were the ones who got the distress signal and went over to rescue the people involved in that,’” Robinson said.

As Robinson works to discover his niche in his interdisciplinary field, he’s hopeful the program will provide valuable insight and experiences to help his chart his career path.

“The orientation definitely made me feel like this is where I belong,” Robinson said. “One of the things I plan to do while interning with NOAA this summer and next is speak to a lot of people in the field to understand where computer science and data science fit in. I’m interested in modeling and analysis, but I also want to be involved in the data collection and actually get to go out and experience nature and phenomena.”