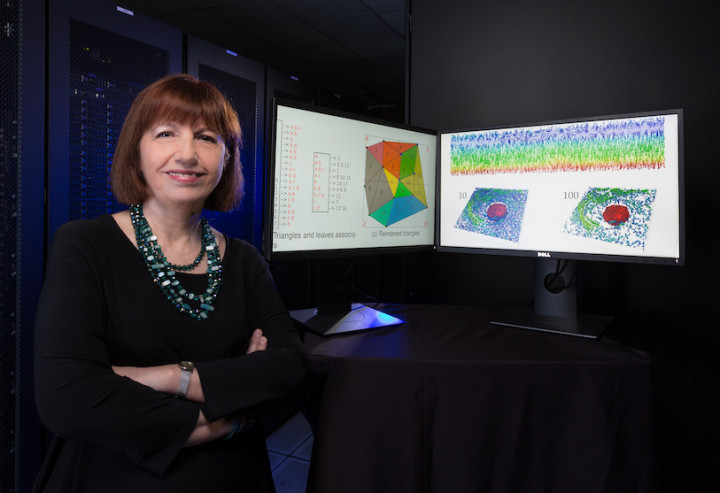 Leila De Floriani, an affiliate professor of computer science who also has an appointment in the University of Maryland Institute for Advanced Computer Studies, has been elected to serve as an IEEE Division VIII Delegate/Director.

Pending acceptance by the IEEE Board of Directors at the organization’s annual meeting in November, De Floriani will hold the leadership position for three years: a one-year term as director-elect, followed by a two-year term as division director.

Division Delegate/Directors provide senior leadership for IEEE, which is the world’s largest professional association for the advancement of technology. The organization currently has 400,000-plus members from more than 160 countries.

In her new leadership role, De Floriani says she will continue to enhance inclusiveness and advocate for forward-looking concepts like those she advanced during her term as president of the IEEE Computer Society and founding chair of its Diversity and Inclusion Committee.

This includes improving communication services for non-English speaking members, and engaging researchers and practitioners in emerging areas of science, engineering and technology on a global scale.

“I would like to improve diversity through expanded outreach activities to increase the involvement of women and other underrepresented groups—both as volunteers and in leadership positions—at publications, conferences and in the organization’s governance,” she says.

De Floriani is an expert in spatial data science, geometric modeling, and scientific visualization. She is a Fellow of IEEE, the International Association for Pattern Recognition and the Eurographics Association, as well as a Pioneer of the Solid Modeling Association and an inducted member of the IEEE Visualization Academy.

Her research has been funded by numerous national and international agencies, including the European Commission and the National Science Foundation. She also worked as a professor at the University of Genova, Italy and has held several positions at academic and research institutions in the U.S. and Europe.