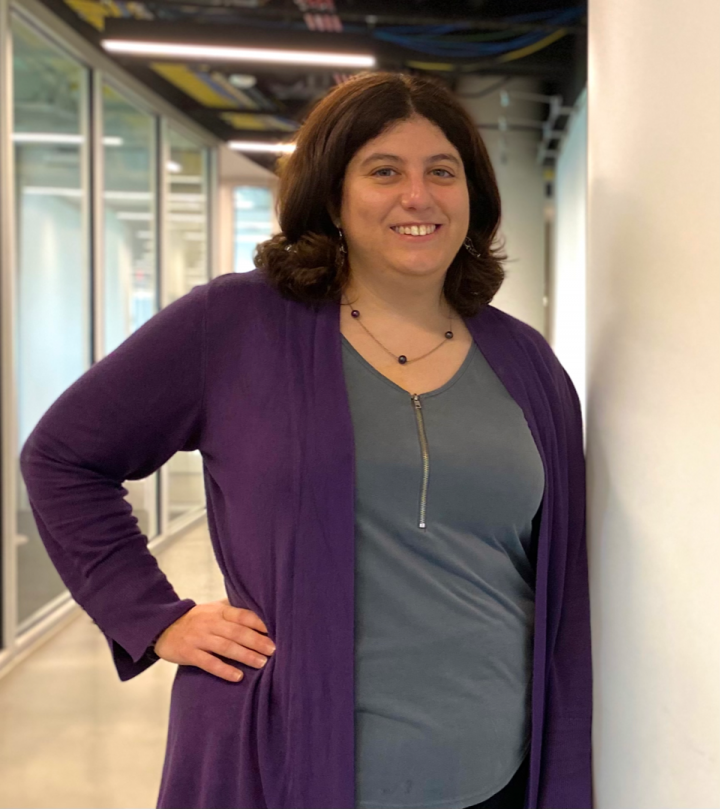 Michelle Mazurek, an associate professor of computer science and an expert in human-centered security and privacy, is the newest director of the Maryland Cybersecurity Center (MC2).

She now leads numerous successful programs and partnerships established by the center’s prior directors—Charalampos “Babis” Papamanthou, Jonathan Katz and Michael Hicks—and is developing new ideas and initiatives of her own.

“Our biggest strength has always been the diverse range of high-quality research conducted by our talented faculty, postdocs and graduate students. I would like to build on this to increase both the breadth and depth of our expertise,” says Mazurek, who has an appointment in the University of Maryland Institute for Advanced Computer Studies (UMIACS) and is active in the Human-Computer Interaction Lab.

Mazurek notes MC2’s power in “traditional” areas like cryptography, network security, and programming-languages security. But the center is also focused on emerging threats, she says, which require expertise in areas like blockchains and cryptocurrencies, post-quantum cryptography, machine learning security and privacy, and human-centered security.

“Security and privacy touch almost every aspect of modern life, so it’s critical that we continue to think about these problems with a broad perspective,” says Mazurek, who assumed leadership on July 1.

The diversity of MC2’s research was on full display in August, when UMD researchers presented 10 papers at two co-located security symposiums—the 17th Symposium on Usable Privacy and Security (SOUPS), followed by the 30th USENIX Security Symposium.

Two of those papers received special accolades. “Weaponizing Middleboxes for TCP Reflected Amplification” won a Distinguished Paper Award for uncovering a unique form of distributed denial-of-service (DDoS) attacks that can be used by nation-states to censor internet access. And a paper co-authored by Mazurek—“‘It’s stressful having all these phones’: Investigating Sex Workers’ Safety Goals, Risks, and Practices Online”—also won a Distinguished Paper Award for exploring how sex workers conceptualize and manage their digital safety across multiple devices.

Mazurek says she is looking to increase the talent pool in MC2. There is an ongoing search to hire at least one new faculty member, and she wants to expand a postdoctoral fellowship program that was established by her predecessor.

She is also planning new events and programs—including an internal research symposium designed to strengthen connections between the center’s faculty and students and promote even more collaboration.

MC2 was launched in 2010 with strong support from the A. James Clark School of Engineering and the College of Computer, Mathematical, and Natural Sciences (CMNS). Since then, the center has fostered numerous collaborations in cyber-related research, education and technology development with major corporations that include Cisco Systems, ManTech, Tenable, Lockheed Martin and Northrop Grumman.

Mazurek appreciates the opportunities afforded by the interactions with the private sector.

“As researchers, we’re always interested in real-world applications for our work, and many companies are looking for new ideas as well as talented graduates to recruit,” she says.

MC2 has more than two-dozen graduate students working in the Brendan Iribe Center for Computer Science and Engineering, a cutting-edge facility that opened in 2019.

Many MC2 alumni have received faculty appointments at top universities, including Princeton, the University of Michigan, Texas A&M, Northwestern, and Duke.

“This speaks volumes to the quality of work we do here,” Mazurek says. “And it also advances cybersecurity research and education on a national scale by offering a broad spectrum of new talent and new ideas.”