He was specifically recognized for his contributions to cryptographic protocol design and cryptography education.
January 19, 2022 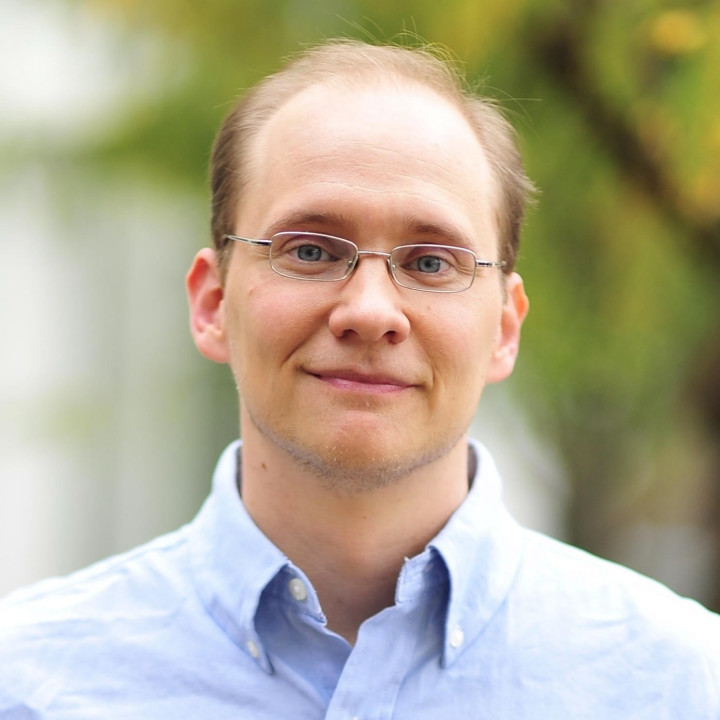 University of Maryland Computer Science Professor Jonathan Katz is being honored by the Association for Computing Machinery (ACM) for his wide-ranging and significant contributions to the fields of cryptography and information security.

Katz is among 71 researchers worldwide named ACM Fellows for 2021—an honor reserved for the organization’s top 1% of its membership each year. This latest cohort of Fellows represents universities, corporations and research centers in Belgium, China, France, Germany, India, Israel, Italy and the United States.

In making the announcement, ACM President Gabriele Kotsis said that technological progress that transforms how people live, work and play would not be possible without the essential building blocks of research, scholarship and innovation led by individual contributors.

Katz, a core faculty member in the Maryland Cybersecurity Center (MC2), was specifically recognized by the ACM for his contributions to cryptographic protocol design and cryptography education.

“The Department of Computer Science and the University of Maryland are fortunate to have access to Jonathan’s knowledge and scientific expertise,” said Matthias Zwicker, professor and chair of the Department of Computer Science at UMD. “His forward-looking research agenda and passion for educating and mentoring students and postdocs is a positive example for all of us.”

Katz joined UMD in 2002 after working as a research scientist at Telcordia Technologies (now Applied Communications Research). Since then, he has also held visiting positions at UCLA, the IBM Thomas J. Watson Research Center in New York and the École Normale Supérieure in Paris.

Katz served as the director of MC2 for six years (2013–2019), expanding the center’s research and educational activities and increasing its involvement with corporate partners and others interested in the latest advances in digital security.

His research on cryptographic protocols includes work on cryptocurrencies and blockchain technologies. In 2017, he led a three-day workshop at Shanghai Jiao Tong University in China, featuring a series of lectures on the underlying blockchain technology—an unalterable public ledger—which is currently transforming the future of financial transactions. He is also well-known for his work developing protocols for zero-knowledge proofs and privacy-preserving distributed computation.

Katz is also active in post-quantum cryptography. He was principal investigator of a $1 million award in 2015 from the National Institute of Standards and Technology (NIST) that focused on making cryptosystems secure against quantum computers, provable security for symmetric-key primitives, and security for outsourced data storage in the cloud. An additional $600,000 award from NIST in 2019 supported continued research in this area. He is a member of the team that submitted Picnic, a post-quantum signature scheme that was named a round-3 alternate candidate by NIST.

Katz has published almost 200 journal papers and scientific articles and several books, including a widely used undergraduate textbook on cryptography, "Introduction to Modern Cryptography," now in its third edition. In addition, the cryptography course he teaches on Coursera has enrolled more than 55,000 students.

He appears frequently in the media, fielding numerous requests from news organizations to provide expert commentary on topics ranging from how terrorists might use encryption apps, to the Heartbleed security bug to high schoolers’ accessibility to computer science classes. In 2014, Katz testified on Capitol Hill regarding the federal government’s future investment in cybersecurity research and education.

Katz currently advises several doctoral students and two postdoctoral scholars at UMD. Many of his former advisees have gone on to tenure-track faculty positions at universities that include Duke, Northwestern and the Georgia Institute of Technology.

In 2019, he was elected as a Fellow of the International Association for Cryptologic Research. That same year, he was named a Mercator Fellow by the German Research Foundation.

He previously received a National Science Foundation CAREER award, a University of Maryland Distinguished Scholar-Teacher Award and a Humboldt Research Award in recognition of his work.

Katz earned his doctoral degree in computer science from Columbia University. He holds undergraduate degrees in mathematics and chemistry from the Massachusetts Institute of Technology.