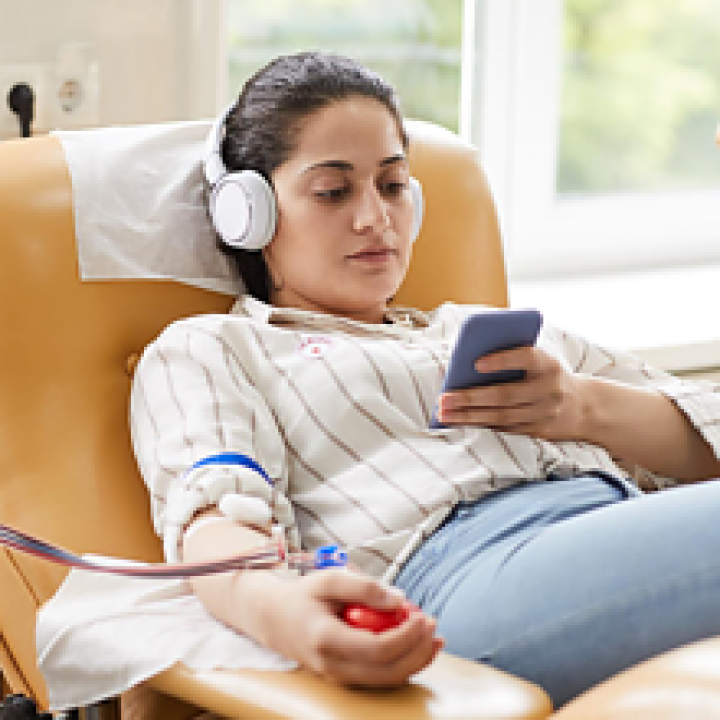 A predictive algorithm developed by University of Maryland machine learning researchers to improve Facebook’s notification system for blood donations prompted 5% more people to roll up their sleeves in a test last year—an increase that could mean 140 million more lifesaving donations worldwide if applied to all of the social media platform’s 2.8 billion users.

Their results are detailed in a working paper presented at the Association for Computing Machinery’s Conference on Economics and Computation.

“This is a successful step in better aligning the global supply and demand of blood,” said co-author John Dickerson, an assistant professor of computer science with an appointment in the University of Maryland Institute for Advanced Computer Studies.

More than 4.5 million Americans need a blood transfusion every year, and the demand is even greater in poorer countries. To help increase the supply, Facebook designed a tool that notifies potential donors of local opportunities to give. Since the tool’s inception in 2017, more than 100 million people across 27 countries have signed up to receive blood donation notifications.

In effort to maximize the tool’s success, Facebook collaborated with researchers from the University of Maryland Center for Machine Learning to improve its notification process.

Rather than sending random notifications of nearby giving opportunities, the UMD team developed specialized algorithms to identify when and where users were most likely to donate, depending in part on predictive factors like how often they use Facebook, age or proximity to donation locations.

Then, in the first large-scale algorithmic matching study of its kind, the UMD team tested its predictive model against one that selects nearby donation opportunities at random. Of the 1.5 million Facebook users who received a notification during the pilot experiment, their predictive bested the random model, amounting to about 75,000 more donations, said the researchers.

While that potential impact is impressive, there are still many directions for improvement, said Duncan McElfresh Ph.D. ’21, the paper’s lead author.

Those include multiple models specifically designed for different regions or countries, as well as more coordination with blood collection centers and hospitals, he said.

The team, which includes coauthor Karthik Abinav Sankararaman ’16, Ph.D. ’19 at Facebook, is currently preparing an extended version of the paper for a leading academic journal, Dickerson said.