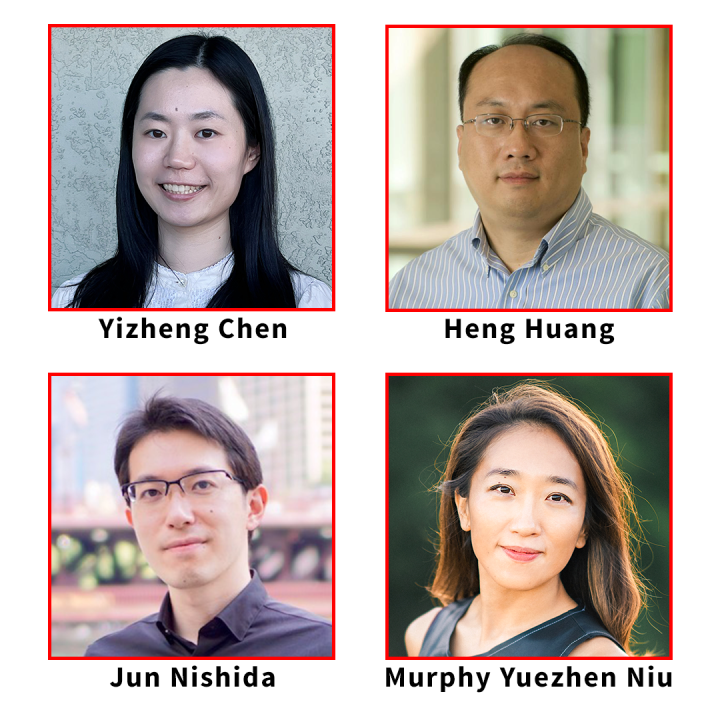 The department is thrilled to announce our newest professors of computer science who are slated to join us in 2023. The new faculty will contribute to the department's research in the areas of Cybersecurity, AI and Machine Learning, Immersive Media Design, and Quantum Computing.

Chen’s research is at the intersection of AI and Cybersecurity. She is interested in designing robust AI techniques to solve security problems, such as detecting malware, vulnerability, attacks and fraud. Chen holds a PhD in Computer Science from Georgia Institute of Technology. Prior to joining UMD, she was a postdoctoral fellow at the University of California, Berkeley, and Columbia University. Her work has received an ACM CCS Best Paper Award Runner-up, a Google ASPIRE Award and an Amazon Research Award. She is also a recipient of the Anita Borg Memorial Scholarship.

Chen will join the department as Assistant Professor of Computer Science and as a member of the Maryland Cybersecurity Center (MC2) starting in Fall 2023.

A Fellow of the American Institute for Medical and Biological Engineering, Huang is currently an Endowed Professor in the department of Electrical and Computer Engineering at the University of Pittsburgh with a secondary appointment in the department of Biomedical Informatics at the University of Pittsburgh Medical Center. He also served as the Program Co-Chair of 2020 ACM SIGKDD International Conference on Knowledge Discovery and Data Mining (KDD).

Huang will join UMD in January 2023 as the inaugural Brendan Iribe Endowed Professor in Computer Science.

Nishida conducts research on human augmentation based on wearable devices, HCI, and psychological techniques. He is interested in exploring interaction styles where people can communicate their embodied experiences to support each other, with applications in the fields of rehabilitation, education, and design. A PhD in Human Informatics from the University of Tsukuba, Japan, Nishida has received over 40 awards including the Best Paper Award at ACM UIST, Best Paper Honorable Mention Award at ACM CHI, Microsoft Research Asia Fellowship Award, and the Forbes 30 Under 30 Award among others.

Nishida will join the department as Assistant Professor of Computer Science starting in January 2023, and he will be a key faculty for our undergraduate major in Immersive Media Design (IMD).

Niu received her doctorate in theoretical and mathematical physics from Massachusetts Institute of Technology. Her work on hardware-efficient universal quantum computation and error correction opened new directions of research that tailor quantum algorithms towards the specific hardware substrate. Niu was awarded the Claude E. Shannon Research Assistantship from MIT for her contributions to the intersection of quantum computation, error correction, cryptography and quantum optics.

“The department is absolutely thrilled to welcome our new faculty members. Their outstanding experience and expertise in strategically important research areas will provide a huge boost to the mission of our department. We are incredibly excited to support them in their work,“ said Department Chair Matthias Zwicker, who holds the Elizabeth Iribe Chair for Innovation in the Department of Computer Science and the Phillip H. and Catherine C. Horvitz Professorship in Computer Science.

All four new faculty will have joint appointments in the University of Maryland Institute for Advanced Computer Studies (UMIACS).