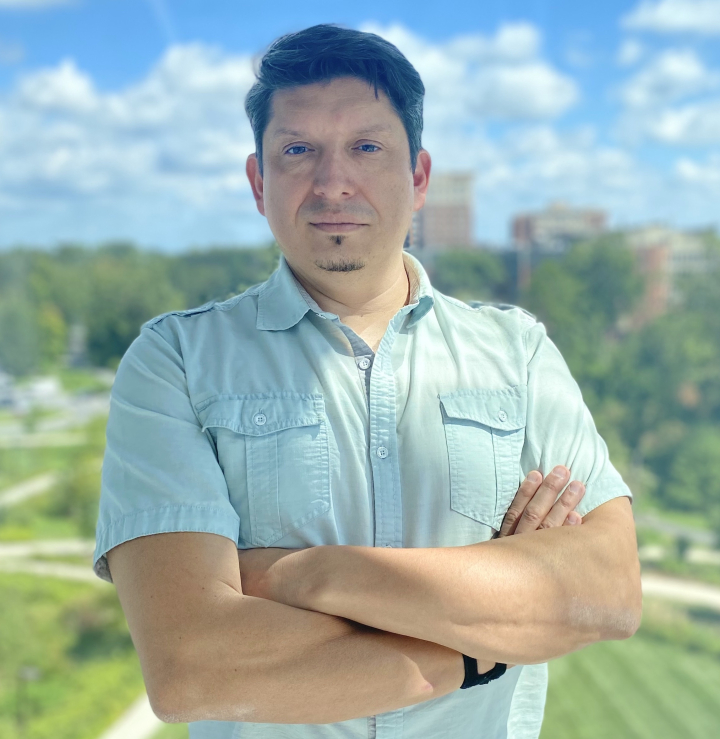 With today’s technology, it’s easier than ever to communicate, accomplish tasks, and work remotely. Yet this over-reliance on computers and smartphones can also have negative effects—contributing to information overload, social media addictions, and mental health issues.

A new faculty member at the University of Maryland studies the relationship between technology and health, and how digital and physical tools can sustain and improve our well-being.

Pablo E. Paredes Castro, who joined UMD this semester as an assistant professor of computer science, says his research is focused on the intersection of technology and human behavior as it relates to mental fitness and prevention, procrastination and productivity, human-centered artificial intelligence, usable security, and more.

“My work is centered on expanding the way we see computing as a way to influence human behavior and emotions to improve well-being and productivity in a proactive way,” explains Paredes, who also has an appointment in the University of Maryland Institute for Advanced Computer Studies (UMIACS). He does this by leveraging novel sensing and intervention systems, platforms and algorithms—all to change behaviors, habits and mindsets.

Much of his work involves devices that can measure the pressure of a user’s fingers on their computer mouse or phone screen. This provides large amounts of data that can be analyzed to determine how the user experience impacts stress levels.

Previously, Paredes has used this data to develop passive sensing systems like browser plugins and mobile services that can generate a personalized understanding of a user’s interaction between stress and productivity.

Paredes emphasizes that the true goal of his research is to maintain people’s mental and physical health, opposed to curing them after they're sick.

“Sadly, too much focus is placed on ‘sick care’ instead of true ‘health care,’ especially in the United States,” he explains.

Paredes leads the Pervasive Wellbeing Technology Lab, which is currently being relocated from Stanford University’s School of Medicine to UMD. The lab combines design, engineering and behavioral science principles to create interfaces and data-intensive systems to keep people healthy and performing at their best. 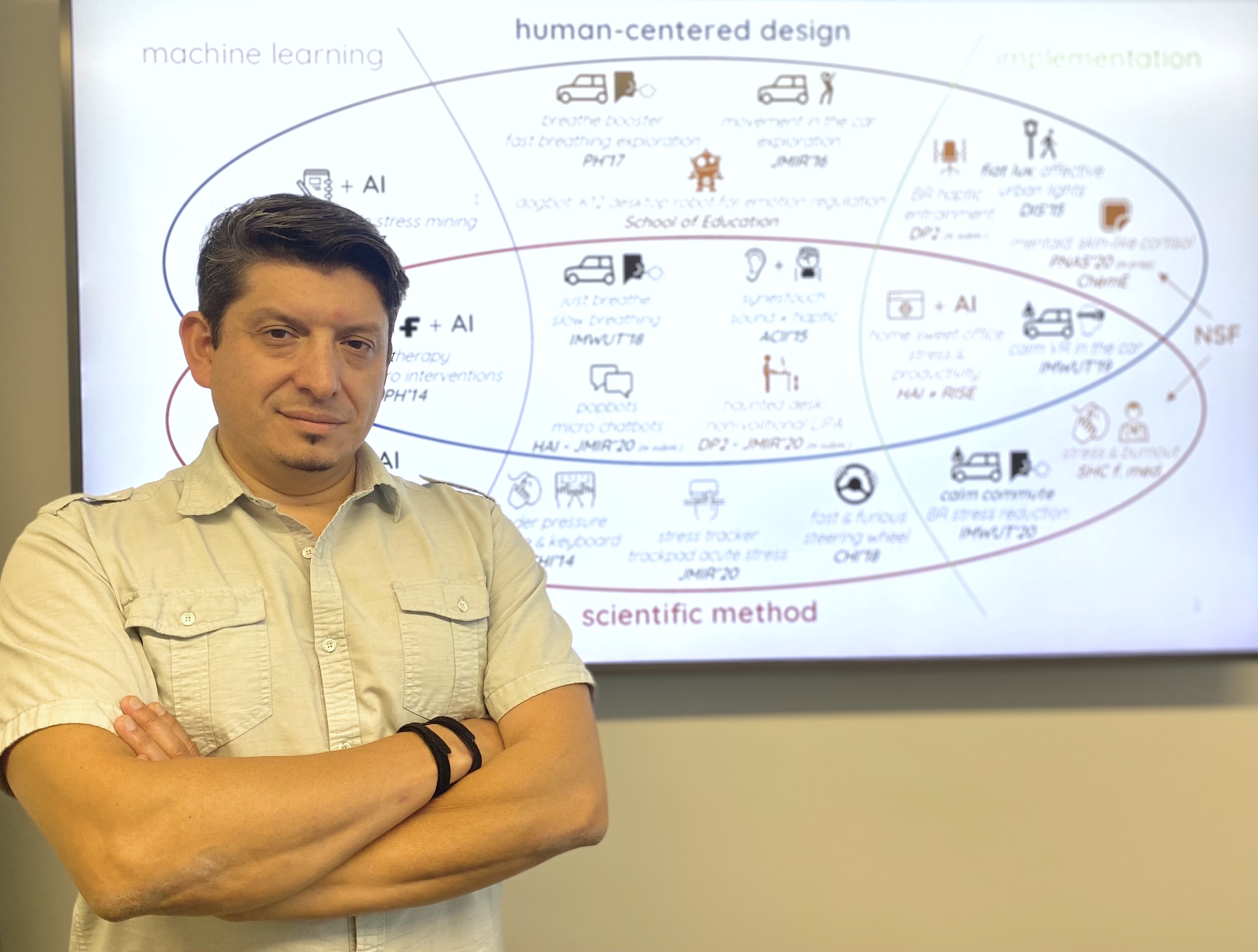 Paredes says he was attracted to UMD because it’s a leading research institution and has been a “foundation stone” in human-computer interaction for almost four decades. (The Human-Computer Interaction Lab, supported in part by UMIACS, was founded in 1983.)

He is also looking forward to being a part of the collaborative and multidisciplinary environment at UMIACS, since his research overlaps with computer vision, natural language processing, data mining and more. Paredes adds that his work in these areas will also greatly benefit from the advanced computing clusters that UMIACS has.

Paredes comes to UMD from Stanford, where he was a clinical assistant professor in the Department of Psychiatry and Behavioral Sciences. Prior to teaching, he was a postdoctoral researcher at Stanford University’s Computer Science Department.

Paredes received his doctoral degree in computer science from the University of California, Berkeley in 2015. While earning his Ph.D., he held internships focused on behavior change and affective computing at Microsoft Research and Google.