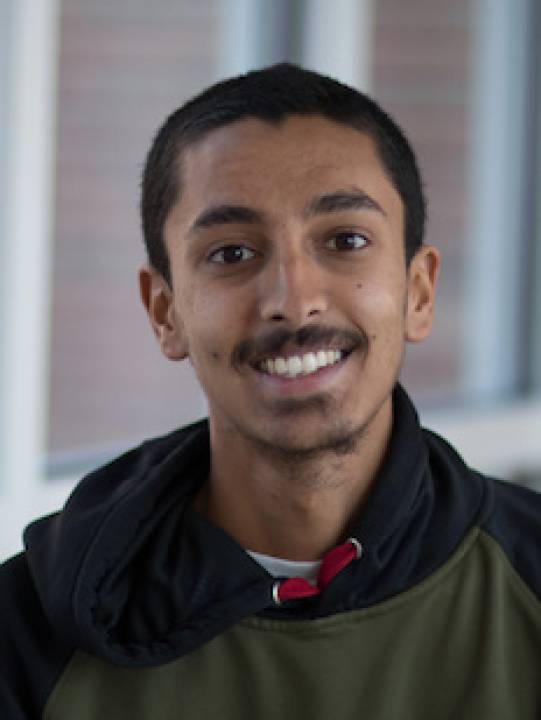 Prayaag Venkat ('17) has been awarded a National Science Foundation Graduate Fellowship for 2018.  During his time as an undergraduate, he worked on research projects under computer science professors David Mount, Samir Khuller, Andrew Childs, and Penghui Yao (former fellow of QuICS, who is now Assistant Professor at Nanjing University). About his reasearch advisors, Venkat said, "[t]hey were all fantastic advisors and inspired me to attend graduate school. I am very grateful to them for all the time they gave me and effort they spent on me."

Venkat has also been the recipient of a Goldwater Scholarship in 2017 and he earned an honorable mention in the Computing Research Association's undergraduate research competition. He praised his time as an undergraduate in the Department of Computer Science: "My favorite thing about CS at UMD is the dedication of the department as a whole in creating opportunities for students to gain new experiences and succeed," he said.

After graduating from the University with a double degree in Computer Science and Mathematics in December, Venkat has been mentoring and tutor local high school students on SAT and college admissions.  He is currently deciding among Harvard University, Johns Hopkins, University of Maryland, and University of Washington for his PhD.  He has decided that like his research advisors, he would like to become a professor of computer science. "I would like to do meaningful research and advise students," he said.