Department Is Pleased To Welcome Our New Undergrad Advisors 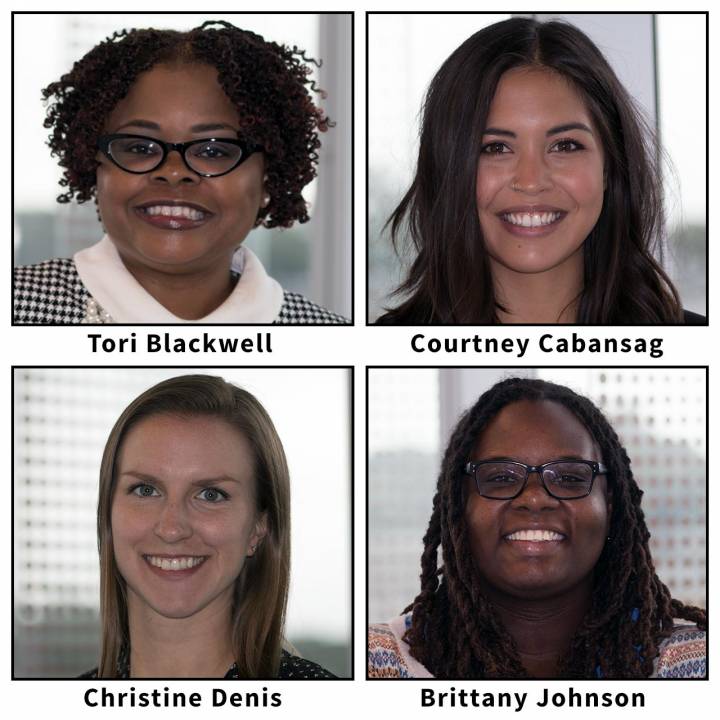 Tori Blackwell
Tori received her B.A. in Communication with a concentration in Public Relations from the University of Toledo and her M.A. in Communication, Media and Theater Art from Eastern Michigan University. She was also awarded a graduate certificate in Teaching and Training Online at the University of Maryland University College. She has 19 years of experience advising undergraduate and graduate students through their academic career. She enjoys doing community service, traveling and hanging out with her family and sorority sisters.

Courtney Cabansag
Courtney received her B.A. in Language, Culture & Society from the University of California, Santa Barbara and her M.S. in Higher Postsecondary Education from Syracuse University. Courtney has worked in academic success, student involvement and leadership and most recently residence life before joining the Department of Computer Science in 2019. When she isn’t advising, Courtney enjoys exercising (everything from weightlifting to aerial yoga), watching reality television, and discovering new vegan recipes.

Christine Denis
Christine received her B.S. in Psychology with a concentration in counseling at East Stroudsburg University and her M.S. in Higher Education Policy & Student Affairs from West Chester University. Prior to joining the Computer Science Department in 2019, Christine worked with academic probation students and first-year Achieve! Program students to cultivate academic and personal success at West Chester University. Christine has a special interest supporting Exploratory/Undeclared students in navigating indecision and declaring a major. In her free time, she enjoys traveling to the Pocono Mountains to visit family and friends, watching classic horror movies, and spending time with her dog.

Brittany Johnson
Brittany started her academic career in the Maryland Higher Education system, working at Prince George’s Community College as a testing coordinator while working on her undergraduate degree. She received her B.A. in English Language and Literature from the University of Maryland College Park in 2011. She continued her academic career as an advisor at the University of Maryland University College, working with the Undergraduate School to provide advising to working adults including veterans and active duty military personnel. She transitioned from advising to functional coordination for the implementation of a new Document Management System in the Office of the Registrar. She received a Graduate Certificate in Multimedia Journalism at the University of Maryland College Park in Spring 2019. Her research interests revolve around academic advocacy and strengthening the intersection between STEM and the Arts and Humanities academic fields. In her spare time, Brittany enjoys photography/videography and travel.