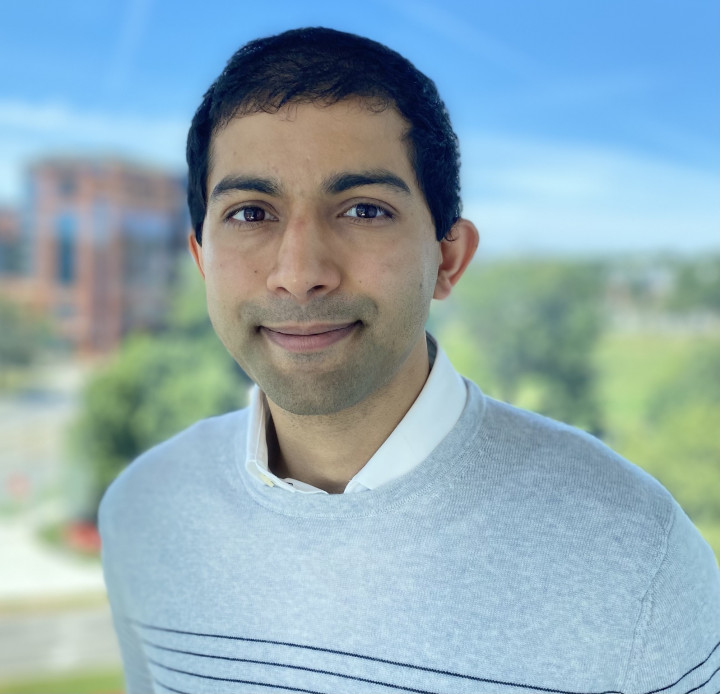 As computer architectures advance, the software must be redesigned to utilize its full power. Modern computer platforms achieve the most efficient results by breaking down computational tasks into smaller pieces that can be executed in parallel. These parallel algorithms far out-perform programs that can solve problems only one step at a time.

Laxman Dhulipala, who will begin July 1 as an assistant professor in the Department of Computer Science, says the overarching goal of his research is to design, analyze and implement parallel algorithms that are faster and more efficient.

He specifically likes to focus on graph problems, which make it possible to model relationships between objects.

“I like to think about graphs because they are simple and intuitive, but at the same time, can be used to model complex systems and patterns of interaction,” Dhulipala says.

Examples of what he studies include the flow of traffic in road networks, distances between objects, links between web pages, or interactions between proteins.

Dhulipala, who will also hold an appointment in the University of Maryland Institute for Advanced Computer Studies (UMIACS), has recently been designing fast parallel algorithms for clustering data in the form of graphs.

He is interested in designing efficient, dynamic algorithms for such problems—algorithms that can quickly adapt the result in response to changes in the input.

Dhulipala says working in the field and trying to design fast and correct algorithms is a bit like trying to build very fast and reliable vehicles.

“Each problem comes with a new set of challenges, ideas, and insights,” he explains. “At the risk of stretching the metaphor, while one might get pretty good at building fast cars, and some of the same principles still apply when trying to build a fast boat, it's really another exciting and deep problem to get involved with. But the thrill of making things run fast ties all of these approaches together, and is what makes working on these algorithms so attractive and fun.”

Dhulipala says the computing resources at UMIACS will enable him to quickly develop and evaluate new parallel algorithms on powerful multicore machines. He is also looking forward to working more on models and scalable, cost-effective algorithms for irregular problems.

He plans to continue his research on parallel computing, but is also eager to deeply explore other application areas to understand how algorithms and tools from parallel computing can be used to address important scalability challenges in practice.

Dhulipala comes to UMD after spending a year as a visiting researcher at Google Research New York, where he collaborated with their graph mining team to build practical and theoretically efficient parallel clustering algorithms for sparse graph-based data.

Before that, he completed a postdoctoral fellowship at MIT. Dhulipala earned his doctorate in computer science from Carnegie Mellon University in 2020.