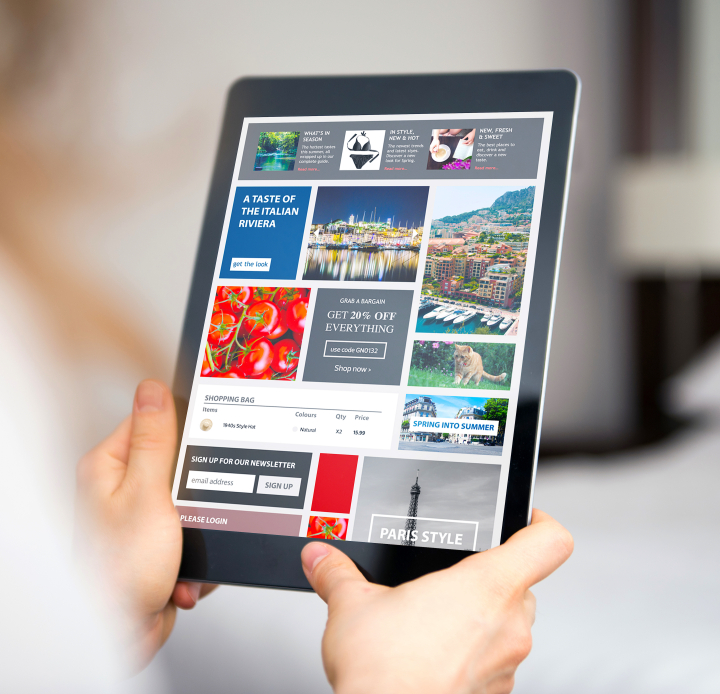 With funding from the National Science Foundation, a University of Maryland expert in cybersecurity and human-computer interaction is part of a multi-institutional team exploring this topic, with a goal of developing a deeper understanding of how consumers’ personal information is used to generate online targeted ads.

The funding for the collaborative award comes from the NSF’s Division of Computer and Network Systems.

Mazurek says that some social media platforms have recently started making the data used for targeted advertising more transparent to researchers, and even to end-users themselves. But despite these efforts, initial studies have found significant shortcomings in the current transparency mechanisms.

Ultimately, she says, the research will focus on methods that can significantly increase end-users’ trust in targeted advertising.

The project will have three main thrusts, Mazurek says.

First, the researchers will map the current space of advertising transparency, developing a taxonomy of transparency mechanisms to evaluate utility both for end-users and third-party auditors.

Lastly, the researchers are applying user-centered design practices to develop and evaluate a suite of new ad transparency mechanisms and user interfaces designed for multiple stakeholders.

Mazurek, who also holds an appointment in the University of Maryland Institute for Advanced Computer Studies, says this project builds on previous research she has done on targeted advertising with Ur, as well as on McCoy’s prior work auditing Facebook. It also builds on Metzger's prior work on information credibility and disinformation.

At UMD, she is currently working on this topic with Omer Akgul, a fifth-year computer science doctoral student, but notes she expects to bring other students onboard soon.