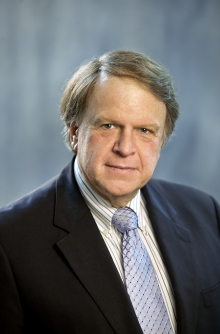 John S. Baras received the B.S. in Electrical Engineering from the National Technical University of Athens, Greece, in 1970, and the M.S. and Ph.D. in Applied Mathematics from Harvard University in 1971 and 1973.

Professor Baras was the Founding Director of the Institute for Systems Research (one of the first six NSF Engineering Research Centers) from 1985 to 1991.  Since August 1973 he has been with the Electrical and Computer Engineering Department (ECE), and the Applied Mathematics Faculty, at the University of Maryland, College Park, where he is currently a Distinguished University Professor holding a permanent joint appointment with ECE and ISR. In February 1990 he was appointed to the Lockheed Martin Chair in Systems Engineering.  Since 1992  Dr. Baras has been the Founding Director of the Maryland Hybrid Networks Center (HyNet) ) (an industry-university-government consortium, with substantial support from DoD, NASA and industry focusing on hybrid wireless networks). He was named a Distinguished University Professor by the University of Maryland in 2018. It is the highest honor bestowed by the university on its faculty.

Dr. Baras is a Fellow of IEEE, SIAM, AAAS, the National Academy of Inventors, IFAC and AMS. He was elected Foreign Member of the Royal Swedish Academy of Engineering Sciences, March 2006.

He has consulted extensively with industry and government on various automation, systems and telecommunication problems. He has served in the following: Board of Governors of the IEEE Control Systems Society; IEEE Engineering R&D Committee; Aerospace Industries Association advisory committee on advanced sensors; IEEE Fellow evaluation committee. He is currently serving on the editorial board of Mathematics of Control, Signals, and Systems, the editorial board of Systems and Control: Foundations and Applications, the editorial board of IMA J. of Mathematical Control and Information, the editorial board of Systems Automation-Research and Applications. Dr. Baras is a world renowned researcher in communication and automation systems, has received many awards for his papers and research, has more than 450 technical papers published and was the editor of the book “Recent Advances in Stochastic Calculus”, Springer, 1990. He holds three patents (all in signal processing) and has four pending. He has graduated 42 PhD students and 70 MS students. He has sponsored and supervised 32 postdoctoral scholars. Dr. Baras is internationally known for his leadership of industry-university-government consortia and has collaborated effectively with both industry and government scientists and engineers.

Professor Baras was the initial principal architect of the ISR M.S. program in Systems Engineering. He arranged for industry participation in advisory and teaching capacity. More recently Dr. Baras has been heavily involved in the development of new core courses for systems engineering. These include courses on systems modeling, systems engineering fundamentals, system requirements analysis, system trade-off analysis and tools, system validation-verification and testing and systems integration. In his efforts to teach systems thinking at the undergraduate level to all Engineering majors he is developing three courses, with the objective to introduce in the foundational core for engineering education the key concepts of system models, controls and signals in a way that integrates computer related ideas and constructs into these foundations from the start. His efforts address the often emphasized need for a new integrative approach to engineering (holistic rather than in parts) which in turn addresses the needs for modular design, systems thinking and team work.