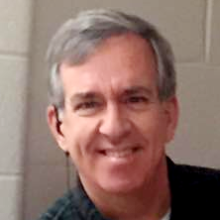 I have been programming computers since I taught myself BASIC, using an HP-2000, in 1972. After that, it was Fortran, APL, Pascal, C, C++, Java, and C#, as well as numerous assemblers along the way. My undergraduate thesis involved collecting signals from a photomultiplier tube with a 7400-series TTL counter interface I designed and built (this was the subject of a short paper in the American Journal of Physics, co-authored by my advisor, Dr. Mark Petersen). My graduate thesis was on using segmented architecture machines to compute large synthetic images. As an attorney, a large part of my professional work for the last 25 years has been to assist other lawyers in understanding evidence recovered from computers, and to testify as an expert witness regarding that evidence. My primary area of interest now is in procedural modeling for run-time creation of three-dimensional environments for computer games.