Florin Chelaru on Epiviz, Research, and being a graduate student 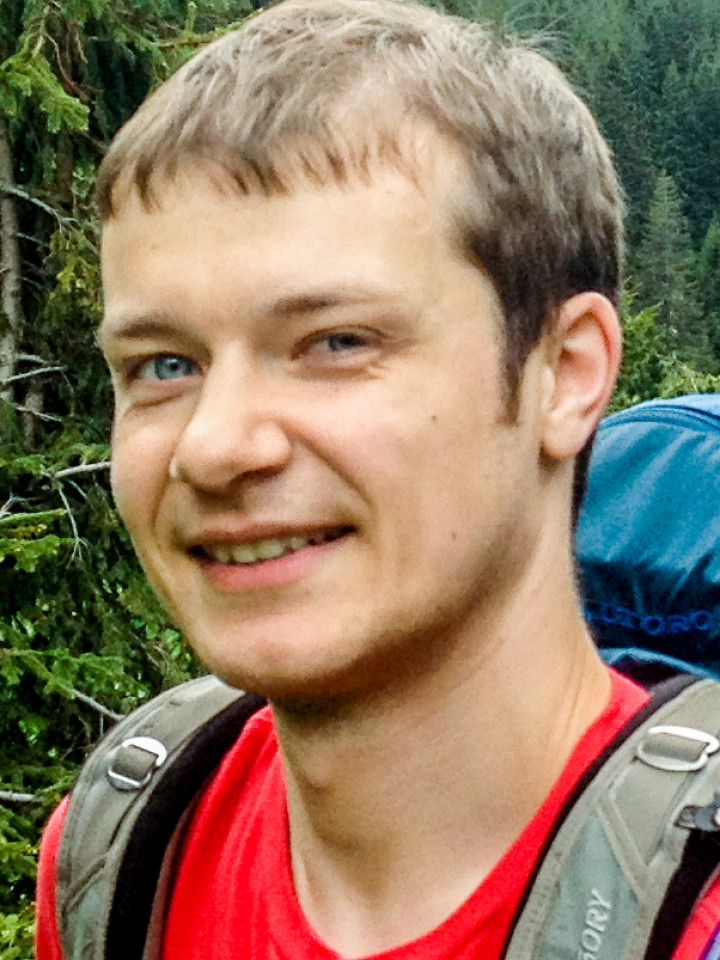 While interning in the AI group at Rocket Fuel in Silicon Valley this summer,  PhD student Florin Chelaru saw his paper with Professor Hector Bravo entitled "Epiviz: interactive visual analytics for functional genomics data" published in Nature Methods.  Chelaru is a graduate of the University Alexandru Ioan Cuza of Iași in Romania, and is a third year PhD student in the Computer Science Department. Chelaru took time out of his busy schedule to sit down for an interview and tell us a bit about his research in bioinformatics and genomic research, his work with Hector Bravo, and his experiences as a graduate student.

How did you decide to work on your PhD in CS at UMD, and what encouraged you to specialize in bioinformatics and genomic research?

Truthfully, I think it was all chance.

Computer science was always something I liked. But before my junior year in college, back in Romania, I had no knowledge of biology or genomics. The simple thought of working in that field would have made me laugh, since in high school I hated biology, and ever since I had always thought it was a field where thinking is replaced by memorization. However, in the third year of college I took a Bioinformatics class, not because I had any interest for the topic, but rather because I had heard a lot of good things about the professor teaching it, Dr. Liviu Ciortuz. Once I took that class, everything changed for me: all the good things I had heard of about the professor were true. I soon fell in love with the field. The next semester I took the Machine Learning class taught by the same professor, and asked him to be my advisor.

After graduation I concentrated more on Machine Learning and Artificial Intelligence for big data, which had by then become the hot field in the industry. I would have liked to do more in Bioinformatics, but at the end of college I still didn’t know enough about it to even think about looking for a job in that field. Plus, like most fresh CS graduates, I was mesmerized by the thought of working as a software developer for a big company for big money.

Just before graduation, I went to a round of interviews with Microsoft, who was hiring in Eastern Europe at the time, for their development office in Vancouver, Canada. Even that happened completely by chance – I found out about the interviews last minute, and I barely had time to put together a resume. You can imagine my surprise when first I was invited for an interview, and later on, when I received an offer for a software developer position. I put all my other plans and dreams on hold, since I thought this was a once in a lifetime opportunity.

At Microsoft I worked for about two and a half years, first at their office in Vancouver, and then in Redmond. I don’t regret it – I learned a lot, both in Computer Science and about life when I was there. But in a big company like Microsoft, there isn’t much opportunity to follow your passion. You just do what you’re supposed to – you’re a bee in a hive. But more than that, while at Microsoft I was unhappy because I didn’t feel my work impacted the community in a real beneficial way. That’s how I started to think about getting a PhD. Not for the degree itself, but for the work. As a PhD student you get to work on your own ideas and choose your own project. Sure, there’s a lot less money involved, but in my opinion that’s a small price to pay for freedom and getting a chance to actually make a difference in the community!

The fact that for my PhD I ended up working in Bioinformatics again was a matter of chance. Just like in college, at UMD I stumbled upon another wonderful professor, Dr. Hector Corrada Bravo, who coincidentally worked in the same field as my advisor from college: Machine Learning and Bioinformatics. When I discovered him, I had already been looking for an advisor for a while. I wasn't set on working in Bioinformatics, but Hector revived my passion for it, by mentoring me and encouraging me to take up this project that is already making such a difference in the field of epigenetics visualization.

I’ve been working with Hector since the fall of 2012. I had taken his Bioinformatics class in the previous spring and decided I wanted to pursue a project with him. I can well remember the first time I went to talk to him: he was so enthusiastic and already had a number of ideas for interesting projects.

When I started to work for him, the idea for Epiviz had come up as a side project. He had already started to work on a visualization software that could display some of the data we had. He was unhappy with what the state of the art technology in genomics visualization had to offer. I was working on a cancer research project and needed to visualize my data so I could analyze and gain a deeper understanding of it. I took over the project and rewrote the visualization software from scratch. What came out soon turned into Epiviz. Epiviz rapidly became my main project. Many times I thought, It’s done, now let’s use it!, just to realize that it would also need this or that. Ideas kept flowing and I kept putting them in.

One thing that increased my enthusiasm was that my advisor didn’t just commission the work, but rather worked side-by-side with me. He worked with me on what we now call Epivizr, the component in R that interacts with the visualization platform, making it so useful for the community. Hector managed to be a true mentor, both from a research and technical perspective. Especially after working in the industry, it is a real pleasure to be able to discuss technical details of your work with your boss, which is something most CS PhD students or even software developers are not so lucky to enjoy.

The Epiviz paper is my first major paper. I had little experience writing scientifically, so Hector’s help with putting it together was crucial. It seemed like a small project at first – we thought we would just need some charts, some graphs, and we’d be done before too long. In the end, it took almost two years to bring the software to a level where it can actually be used by the community.

It’s quite simple actually. The tools available before Epiviz constrained the scientist to visualize only data already gathered and processed by others. The overhead of actually getting to look at data from their own experiments was so great that often times, people reverted to improvised solutions or simply gave up. Before Epiviz, visual and computational parts were usually done as distinct and disjoint steps when analyzing data, because of the lack of tools that treat the analysis as an iterative process that alternates between the two. With Epiviz, everything is customizable: users can create their own visualizations if they’re unhappy with the ones already available, and immediately use them alongside the existing ones without needing to install anything on their computers. The same thing with data, which can now be plugged in from other sources on the internet or a local computer, again, without the need to install anything new on your computer. But Epiviz goes a step further, by acknowledging the fact that making sense of data involves more than just gathering it and putting it in a visualization tool. By being able to connect a computing environment (like R, using the Epivizr package developed by Hector) to the displaying device, users can now alternate between visualizing their data and modeling it within the same environment. This is a trivial concept, and yet new not only to genome visualization software, but to visualization software in general, and Epiviz is the first to introduce it to the scientific community!

Now that you and your collaborators have built Epiviz to help researchers to visualize data, do you have further plans for it?

The version of Epiviz that is currently out is just the first step in building something truly impactful. It was a good first step, but there is a lot more work left to be done. For the rest of my time as a PhD student I am planning to continue developing on top of it – in fact, in my PhD thesis proposal, coming up in September, I am planning to present a number of ideas for expanding and improving it. Also, now that Epiviz is out and we already have a good number of users and labs that are planning to actively use it in their research, we’re also planning to listen to the voice of the community for improvement ideas.

What do you like to do in your spare time (I realize that you probably don't have an excess of it)?

Truthfully, I cannot complain about spare time. Sure, there’s always a lot of work to be done, but in my experience, without taking consistent breaks, good ideas cannot come out. It depends on how much time I have. For example, during the school year, I really enjoy going to listen to the Baltimore Symphony Orchestra. I like to go there as often as I can. This summer I took a two week vacation and went back to Romania. When back home, I like to hike the Carpathian Mountains, which for me are the most beautiful part of the world. Here in the US, I’ve often hiked trails at Shenandoah, and when in California for summer internships, I like to go to Yosemite and Sequoya. When not so much time is available, I like to write fairy tales – that I can do anywhere, as long as I have my laptop with me – and draw – I like to dream that one day I’ll have my own comic strip.

What advice would you give to students interested in going to graduate school in CS at UMD?

I’m not one to give advice – I hardly think I’ve earned my right to do so. I can only say that if I had to choose all over again whether to come study here, I would do it, no questions asked! I fell in love with this university, and I consider myself extremely lucky to be here. I’ve already said how happy I am to have found such a great advisor as Hector. My labmates are all wonderful people that I can both work side-by-side, and have a good laugh with. Same goes for my housemates, all from different departments in the University and different corners of the world – living with them has certainly enlightened me. What have I to complain about?