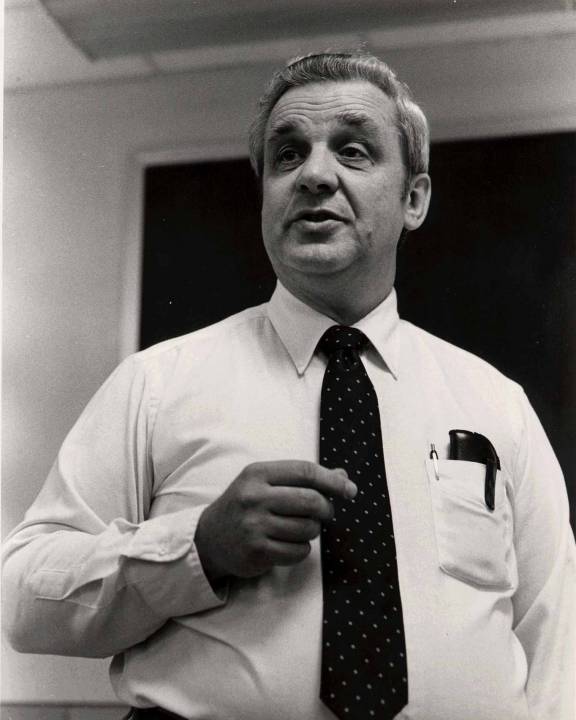 The department is saddened by the loss of Professor Emeritus Ray Miller, who passed away on June 5, 2019 at the age of 90.

Dr. Miller received his Ph.D. from University of Illinois in 1957. He was a professor and the former Director of the School of Information and Computer Science at the Georgia Institute of Technology before joining the department in 1988 as the Director of the Center of Excellence in Space Data and Information Science (CESDIS). Dr. Miller was well known for his research on communication protocols, networks, distributed systems, parallel computation, and theory. In 1970, he became the Fellow of IEEE for the advancement of the theoretical understanding of computation through work in switching theory and theoretical models. In 1997, he was elevated to be a Fellow of ACM for research contributions to the theory of parallel computation and for his distinguished service to the Computer Science community as an educator and leader. In 2003, Dr. Miller was designated as a Fellow by the Computer Science Accreditation Board "in recognition of his outstanding professional volunteer contributions to computing sciences and accreditation”.

Dr. Miller was also an AAAS Fellow, and a Charter Member of IEEE Computer Society Golden Core. He received the IEEE Third Millennium Medal in 2000 and the ACM Distinguished Service Award in 2002.

Beyond his outstanding research contribution and leadership in education, Dr. Miller will be forever remembered by his friends, colleagues and students for his dedication and service to our department, the University, and the field of computing at large.

In 2002, Miller wrote a memoir of his career, detailing his start in 1950 as a design engineer trainee at IBM through his retirement from UMD. It is available as a PDF from the IEEE Computer Society History Committee website here.