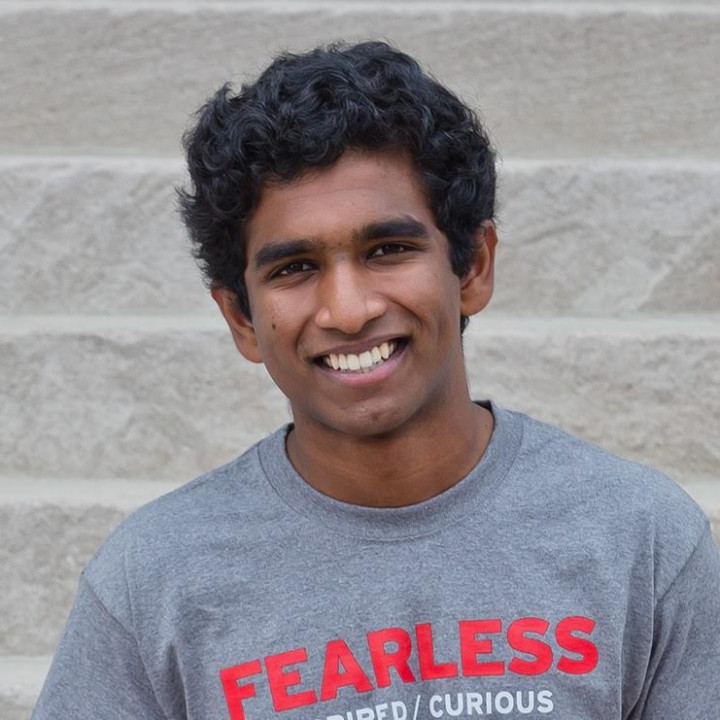 Ravindra was among the 396 Barry Goldwater Scholars selected from 1,343 students nominated nationally this year. The scholarship encourages students to pursue higher education and career in sciences, engineering and mathematics.

In addition to Computer Science, Ravindra is also majoring in Biochemistry. He is also a member of the Integrated Life Sciences program in the Honors College.

Ravindra developed an algorithm named AMINO (Automatic Mutual Information Noise Omission). This algorithm describes proteins and chemical systems using a minimal set of parameters. The AMINO algorithm code is already being used by other research groups and pharmaceutical companies to help improve their modeling and workflow of drug design. The research work also led to a scientific publication. At the National Institute of Neurological Disorders and Stroke (NIH) Ravindra developed a computational model of neurons in the pre-Bötzinger complex, an area responsible for regulating intrinsic breathing patterns in humans.

Ravindra intends to earn a Ph.D. in chemical physics with a focus on computational chemistry.