Distinguished University Professor is the highest academic honor bestowed by the university
June 18, 2020 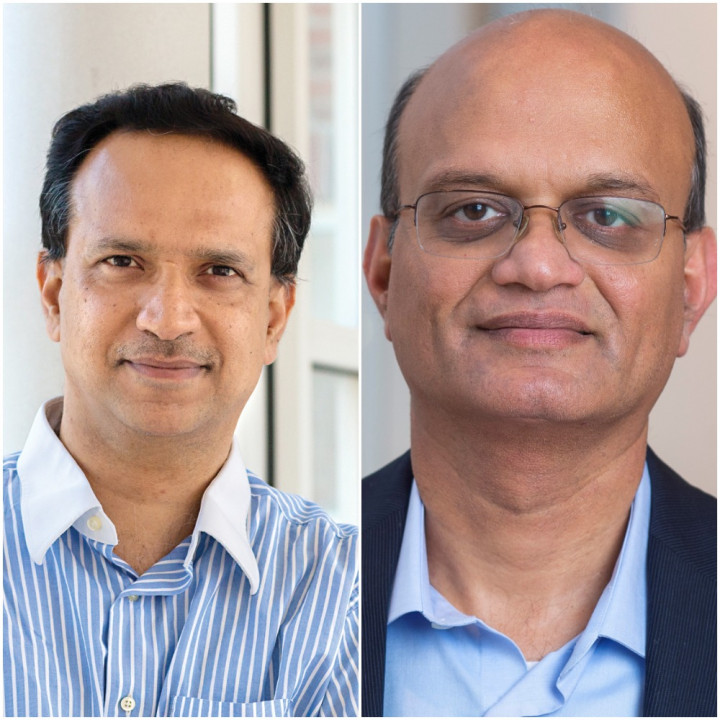 This distinction is honored to only 7% of the tenured faculty, in recognition of the significant and impactful contribution in teaching, research and service.

A co-leader of the UMD GAMMA research group, Manocha’s research focuses on geometric and scientific algorithms with applications to computer graphics, robotics and virtual reality. His research group has developed many widely used software systems related to geometric computing, physically based modeling, virtual reality, and robotics that have successfully transitioned to industry.

Manocha ranks 71 in the Guide2Research Ranking of Computer Scientists with more than 40,000 citations according to Google Scholar. He has published 550 conference and journal papers, received 16 best paper or test-of-time awards, and supervised 54 Ph.D. students.

His recent work on the real time robot motion planning algorithms has been integrated into the widely used robot operating system (ROS) and is used with commercial manipulators and mobile robots. Manocha  co-founded Impulsonic, a developer of physics-based audio simulation technologies, which was acquired by the Valve Corporation in 2016. The audio simulation technologies developed by his group have been licensed by leading commercial vendors and used in game engines and virtual reality systems.

He was elected to the Association for Computing Machinery (ACM) SIGGRAPH Academy and received the Distinguished Career in Computer Science award by the Washington Academy of Sciences.

He has served as chair and program committee member for more than 100 leading conferences, and as a member of the editorial board or guest editor of eleven leading journals.

In addition to being the professor of computer science, he also holds joint appointments in the Department of Electrical and Computer Engineering and the University of Maryland Institute for Advanced Computer Studies. He is also affiliated with the Maryland Robotics Center and the Institute for Systems Research.

Srinivasan joined UMD’s Department of Computer Science in 2001 as an associate professor. He holds a joint appointment in the University of Maryland Institute for Advanced Computer Studies.

An undergraduate from the Indian Institute of Technology, Madras, masters and Ph.D. from Cornell University, all in computer science, Srinivasan’s research focuses on randomized algorithms, networking, social networks, and combinatorial optimization, as well as in the growing confluence of algorithms, networks, and randomness, in fields including the social web, public health, biology, and energy.

Recently, Srinivasan began leading the computational foundations part of a new National Science Foundation Expeditions project to explore trends in globalization, antimicrobial resistance, urbanization and ecological pressures—factors that have converged to increase the risk of global pandemics like COVID-19. Key to this work is the development of new machine learning algorithms that can interpret large amounts of data from multiple sources over multiple networks.

He has published nearly 200 papers in peer-reviewed journals and refereed conferences, and he has advised 17 graduate students.

He is an elected Fellow of six professional societies: ACM, IEEE, AMS, AAAS, EATCS, and SIAM and  an elected member of Academia Europaea. Srinivasan serves as editor-in-chief for ACM Transactions on Algorithms.