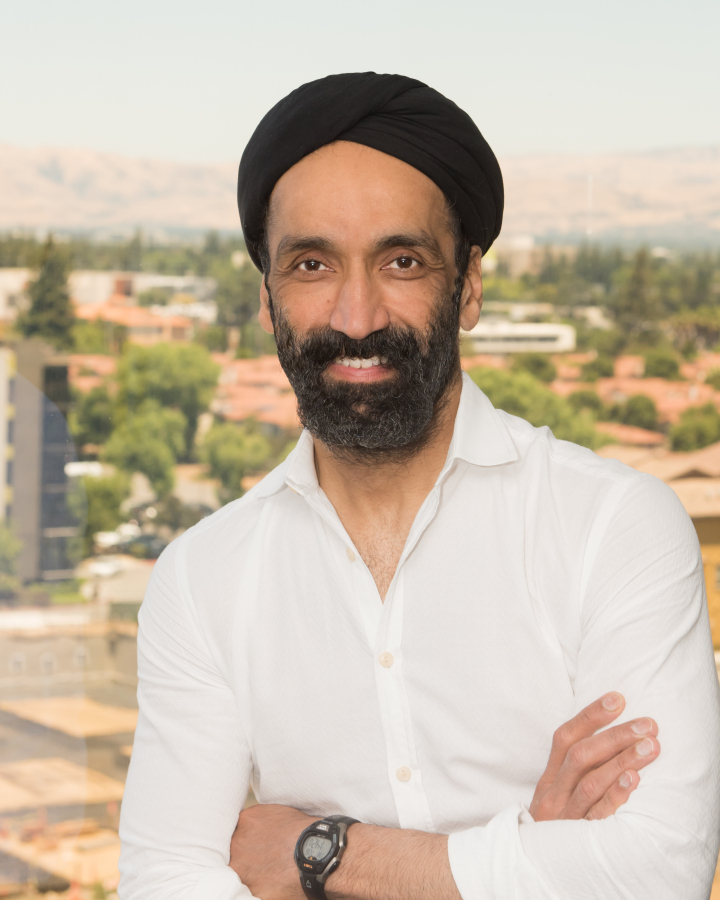 After 30 years of launching companies, there’s one thing Jagdeep Singh (B.S. ’86, computer science and economics) never forgets: there are no guarantees.

“I think one thing you need to have is a healthy realization for the fact that you can fail,” Singh explained. “This is not a company job where you have a lot of stability. And that’s what keeps the best entrepreneurs going, because it forces you to not relax, kind of stay on your toes.”

Case in point, his most recent startup QuantumScape. Though it could end up being his biggest entrepreneurial success ever, it didn’t always feel like it.

“When you’re doing a startup you always have those highs and lows,” Singh said. “There were lots of moments when I’d wake up in the middle of the night and say, ‘Oh my God, this is never going to work.’ And, then there were plenty of times when you see the results and you say, ‘Wow, we’re going to pull this off, it’s amazing, we’re going to change the world.’”

The idea for QuantumScape came unexpectedly 10 years ago, after Singh bought a new sportscar. A Tesla.

“It was a two-seater model called the Roadster. It was all electric,” he said. “Driving that around, I began to realize this was the future of cars. It was very fast, and it was clean, no fossil fuel emissions, and really fun to drive. And that’s a great combination.”

But the entrepreneur in Singh saw something more—an opportunity.

“As I thought about it, I realized it had a lot of limitations with the battery,” he said. “And I got to thinking this is a problem that could be solved—if somebody came up with a breakthrough in batteries, that could really change the game because everything was becoming more and more mobile.”

So, in 2010, Singh left his job as co-founder and CEO of the telecommunications startup Infinera and launched QuantumScape to take on the challenge.

“This a chemistry problem, building a better battery,” Singh explained. “It’s not like software where you can do things more quickly. But the good news is, we were lucky.”

Lucky because in just two years, Volkswagen invested in QuantumScape. And in the years that followed, the two companies formed a joint venture, with VW eventually kicking in $200 million more. Additional support came from high-profile investors, including one in particular—Bill Gates—just this year. In his online blog GatesNotes, Gates called QuantumScape “a manufacturer working to commercialize the next generation of battery technology,” and predicted that better and cheaper batteries “will hopefully make [electric vehicles] a realistic option for every car owner.”

“I met Bill Gates through one of our investors,” Singh recalled. “I thought he’d be a software guy, but he turned out to be incredibly knowledgeable in almost any field. Bill’s amazing, he’s wicked smart and he was asking some incredibly deep questions about chemistry. It made me realize this guy is not just a software guy.”

Now, 10 years after its launch, QuantumScape has announced an even bigger milestone: it’s about to go public with a $3 billion valuation.

“The documents are going to be reviewed by the Securities and Exchange Commission,” Singh said. “That’s about a two-month process. Once they approve it, there’s going to be a shareholder vote and then it’s official—the ticker symbol changes to QS and we’re now publicly traded.”

An “overnight success” in 10 years. Years that Singh spent building relationships and managing the uncertainty.

“In some ways you can think of my job as CEO as the chief risk officer,” Singh said. “My job is to worry about all the risks and all the things that can go wrong. And make sure I get someone on the team who is more of an expert in each of those areas than I am. And until someone else is worrying about the problem more than I do, I can’t stop worrying about it.”

And there are still more challenges ahead.

“This public offering is in some ways the beginning of a journey,” Singh explained. “We have a lot more work ahead of us to get these batteries to customers to build cars. Right now, for the next many years, that’s going to be my exclusive focus, to take this from the lab to actually put it out there in cars on the road.”

Even as a kid, Singh knew he wanted to innovate, create and even be an entrepreneur.

“I remember seeing an issue of Time magazine with Steve Jobs on the cover when I was around 15 years old and I remember thinking that was something that would be very cool to do,” he said. “Since then I’ve always been looking for ways to do something.”

Singh entered the University of Maryland as a freshman when he was just 15 years old. He loved science and was especially drawn to computers. Four years later, he graduated with a degree in computer science and economics and headed to Silicon Valley.

“I spent the first few years working at different companies like Hewlett Packard and Sun Microsystems,” he said. “Then I enrolled in a graduate computer science program at Stanford and midway through I took a leave of absence to start my first company.”

Singh was in his mid-20s. That first startup was Airsoft, a software company for wireless networks. A few years later, Singh sold it, went back and finished up his master’s degree, then joined a venture capital firm briefly before launching his next startup. He quickly realized that Silicon Valley was exactly where he needed to be.

“When I got here, I realized the whole economy here is based on startups. You’re not considered an outlier, it’s what people do here. They start companies,” he explained. “It’s kind of like being in Hollywood. You can make a movie anywhere but if you’re in Hollywood, you have a whole infrastructure there—directors, actors, money and so on. An entrepreneur is kind of like a producer. You’re the person who brings all the pieces together.”

And Singh did, launching companies including optical communications carrier OnFiber; optical switch startup Lightera; Infinera, a company he took public in an initial public offering valued over $1 billion; and most recently, QuantumScape.

“It’s been a fun ride,” he said. “Here in Silicon Valley, if you can identify a problem, and you can think of ways to solve it and solve it in a way that resonates with enough customers then you can really make a big impact.”

Through it all, Singh has maintained a close relationship with UMD, coming back to campus as a College of Computer, Mathematical, and Natural Sciences (CMNS) commencement speaker, serving as a member of the CMNS Board of Visitors, and especially keeping close ties to the Department of Computer Science.

“I’m on the Computer Science Advisory Board and that’s been a fun thing to do because I graduated from the department,” he said. “That’s what set me on the path that I’m on and I felt like I was pretty well prepared for life based on that.”

A philanthropic gift from Singh funded a makerspace in the new Brendan Iribe Center for Computer Science and Engineering where students can innovate and create.

“It feels good to help a little bit,” he explained. “These hacker-makerspaces are a cool concept because students take classes but the students who really want to start companies need a place where they can actually try stuff out.”

Now, with one of his three daughters in her senior year at UMD majoring in biological sciences, Singh sees his own experiences reflected in her stories from campus.

“It’s funny because a lot of what she does is familiar, some of the details have changed, but the class numbers are still the same. So when she talks about the classes, the general requirements and so on, it brings back memories,” Singh said. “I kind of feel like I know what she’s talking about. So, in that sense it’s been very cool.”

Whatever he’s doing, whether it’s in his personal or professional life, it’s important to Singh to keep growing, to keep doing more, sometimes even upside down.

“I feel like all growth happens when you are outside your comfort zone, so I find myself picking up new activities that require skill and time to get better at,” he explained. “A few years ago, I took up handstands, balancing on your hands, and not having a gymnastics background it was crazy hard at first. Now I’m able to do freestanding handstands, which has been a great. Trying new things, that’s when your new synaptic connections form in your brain.”

As an entrepreneur, learning new things comes with the territory. And even now, as Singh watches QuantumScape soar to new heights, his search for the next big thing never stops.

“I run a little new venture incubator,” he explained. “What we do is exactly what I’ve been doing for years, look for problems that have science-based solutions. We try to test out hypotheses and then spin off a company. Those things force you to learn new areas and that’s what I do for fun.”

After 30 years, Singh is still innovating and creating, still with no guarantees. And enjoying the journey every step of the way.

“It’s funny because you can’t really have a master plan for your life,” he said. “You can have a general direction that you want to go, you can say you want to start companies, but you can’t really predict the outcome. You just take it one step at a time and see where it leads. But I gotta say, it’s been a lot of fun.”