Balanced and Ready to Excel, Despite a Pandemic 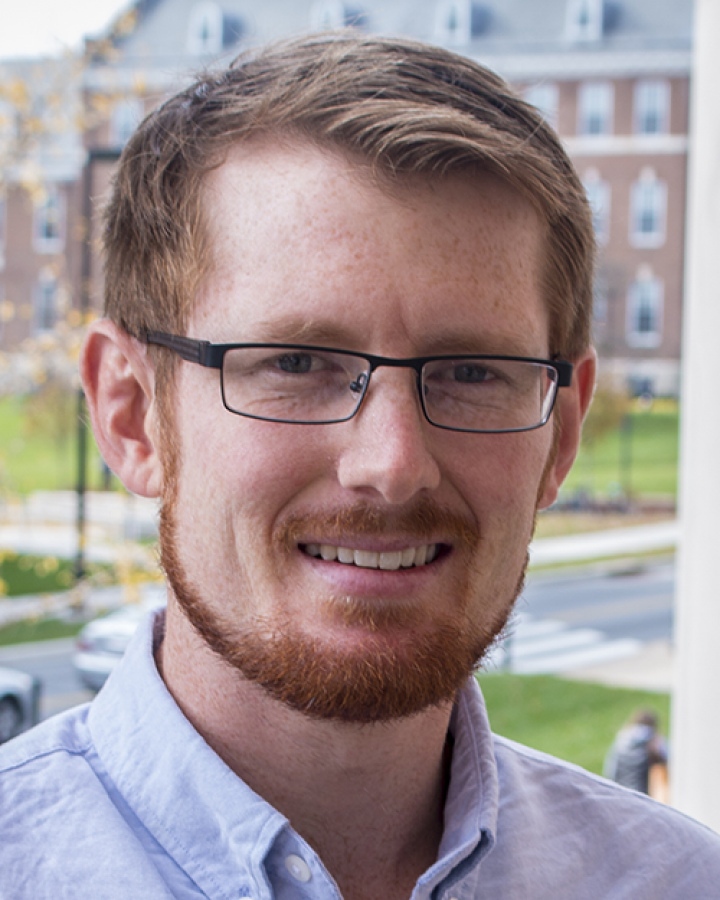 Landing an academic position during a pandemic, when most colleges and universities are operating under hiring freezes and cutbacks, may seem highly unlikely. But a solid network, good timing and a strong resume gave Daniel Votipka the leg up he needed. In January 2021, Votipka, who graduates this month with a Ph.D. in computer science from the University of Maryland, will begin teaching as a visiting assistant professor at Tufts University in Boston.

In May 2020, former UMD Computer Science Professor Jeff Foster clued Votipka into a rare job opening that sounded perfect for him. With plenty of research and teaching experience under his belt, Votipka was primed to compete in an extremely tight market.

“My advisor, Michelle Mazurek, set me up extremely well,” Votipka said. “She gave me the freedom to drive my own research and to mentor and teach undergraduate students.”

By the time Votipka applied for the job at Tufts, he had already taught as an adjunct professor at Georgetown University and a guest lecturer at UMD. He was named an outstanding graduate assistant in 2017-2018, an honor reserved for the top 2% of some 4,000 graduate assistants across campus. As a researcher, Votipka also started stacking up accomplishments. In 2018, he received two distinguished paper awards from USENIX, the Advanced Computing Systems Association; and in 2020, the association awarded him the John Karat Usable Privacy and Security Student Research Award.

“Dan is going to be a fantastic professor,” said Michelle Mazurek, an associate professor of computer science at UMD and Votipka’s Ph.D. advisor. “His research is creative and rigorous, and he has excellent taste in research problems. On top of that, he's been a great mentor for other grad students and undergrads in my lab, and I know he'll carry that through to his students at Tufts.”

All that practice and experience paid off, and Votipka is eager to step into his new role.

“While I was a Ph.D. student at UMD, I had all the opportunities I needed to do the things I'm going to be called upon to do when I'm actually a professor, and I feel really prepared for this next step,” he said.

Votipka is used to being prepared, it’s baked into his upbringing as the son of an Air Force fighter pilot. So is an awareness of potential security threats. Both of those characteristics were reinforced when Votipka joined ROTC as an undergraduate at the Illinois Institute of Technology and interned at the National Security Agency (NSA).

“I got into computers because I just thought it was fascinating to think about how computers worked and try to figure out what was going on behind the scenes,” Votipka said. “When I was at NSA for my internship, I was exposed to some of the challenges people in the security vulnerability space are facing trying to find bugs in software from a defensive standpoint, and that really sort of carried over into grad school.”

After earning his B.S. in computer science, Votipka went on to earn an M.S. in information security, technology, and management from Carnegie Mellon University, before serving four years as a cyber operations officer in the Air Force, where he was assigned to NSA at Fort Meade, Maryland.

“My research is really a continuation of what I’ve been doing since the beginning in a way,” he said. “I’m focused on issues faced by security and vulnerability professionals. I’m trying to understand both the technical aspects and the human psychology and social issues around how and why software developers working on security accidentally introduce problems when they code. Also, once they do, how do we go back and fix them? There are so many interesting problems around the interface between people and machines.”

After working at NSA in the Air Force, Votipka was eager to join UMD and work with Mazurek, who holds a joint appointment in the University of Maryland Institute for Advanced Computer Studies. Her research in the Security, Privacy, People lab (SP2) within the Maryland Cybersecurity Center dovetailed perfectly with Votipka’s interests.

“The work I wanted to do was already pretty closely aligned with what she does,” Votipka said. “But I think the biggest influence she had on me was helping me develop as a researcher, and she's been extremely supportive throughout my entire career, allowing me to follow different ideas and challenges and things that I'm interested in.”

Mazurek also supported Votipka personally, allowing him the flexibility he needed when his daughter Luca was born.

“This was a really big deal for my family because my wife is our primary income earner and her job did not give her any paid leave,” Votipka said. “Making it possible for her to go back to work part time a little sooner was very helpful for us.”

Votipka’s wife, Rhea, is a critical care nurse practitioner, so her schedule was not as flexible as his. Whenever Luca got sick or daycare closed unexpectedly, he had to drop whatever he was doing to handle the parenting responsibilities.

“While that might have been a stressor working in other labs, it wasn't anything I ever worried about,” Votipka said. “I always knew that Michelle would be there to step in and provide whatever help I needed. On an inspirational level, she had her daughter at a similar time in her career, so we would, and still do, share stories about our experiences as parents.”

Votipka and his family moved to Boston over the summer to get settled in and prepare for his first semester at Tufts. He has already met some of his new colleagues over Zoom and on a few masked, physically distanced walks. He also discovered the university has an adult ultimate frisbee team like the one he left behind at UMD, and he has his fingers crossed the pandemic will be under control enough to play in the spring.

He’ll have a lot to juggle, but he said he has learned a lot about work-life balance during his time at Maryland.

“I've learned a lot from Michelle, just seeing how she is able to be a great academic but places her priority on spending time with her family and being a great mom,” he said.

That has been a challenge for so many people during the pandemic, but as Votipka embarks on his new journey as a professor, researcher and parent, he feels he has a good foundation to continue to excel.