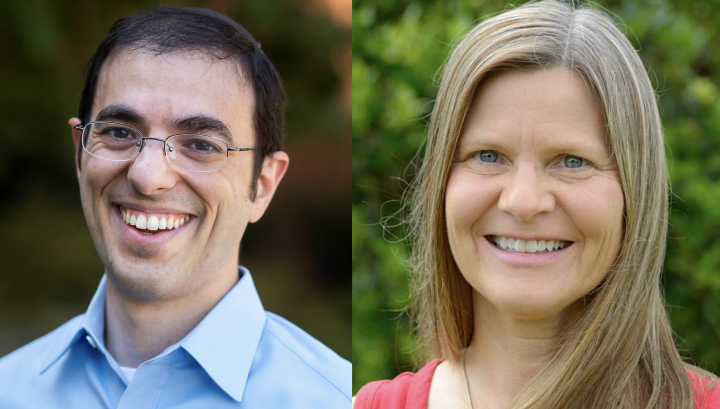 Darnell-Kanal Professor Daniel Abadi and Professor Emerita Bonnie Dorr  join 93 other researchers worldwide who were named ACM Fellows for 2020, an elite recognition of outstanding science and scholarship that is bestowed upon less than one percent of the organization’s 100,000 members.

In announcing this year’s cohort, ACM President Gabriele Kotsis noted that “the 2020 Fellows have demonstrated excellence across many disciplines of computing. These men and women have made pivotal contributions to technologies that are transforming whole industries, as well as our personal lives.”

Abadi was specifically recognized by the ACM for his contributions to distributed databases, column-store databases, deterministic databases, graph databases, and stream databases.

He is best known for the development of the storage and query execution engines of the C-Store (column-oriented database) prototype, which was commercialized by Vertica and eventually acquired by Hewlett-Packard in 2011, as well as his HadoopDB research on fault tolerant scalable analytical database systems, which was commercialized by Hadapt and acquired by Teradata in 2014.

Abadi has been a recipient of a Churchill Scholarship, a National Science Foundation CAREER Award and a Sloan Research Fellowship. He received his doctoral degree in 2008 from the Massachusetts Institute of Technology (MIT).

Dorr was specifically recognized by the ACM for her human-centered and linguistically inspired approaches to natural language processing.

As a co-founder of the Computational Linguistics and Information Processing Laboratory in UMIACS, Dorr was active in research involving broad-scale multilingual processing that included machine translation, summarization, and cross-language information retrieval.

She retired from the University of Maryland in 2013, and a year later joined the Florida Institute for Human & Machine Cognition, where she is as an associate director and senior research scientist.

Dorr is a Sloan Fellow, a National Science Foundation Presidential Faculty (PECASE) Fellow, and a former President of the Association for Computational Linguistics (2008). She received her doctoral degree in 1990 from MIT.

In addition to being the professors of computer science, both Abadi and Dorr hold joint appointments in the University of Maryland Institute for Advanced Computer Studies.