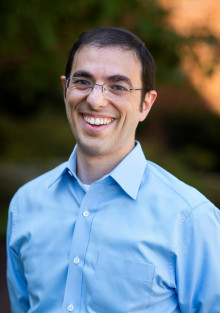 Prof. Abadi performs research on database system architecture and implementation, especially at the intersection with scalable and distributed systems. He is best-known for the development of the storage and query execution engines of the C-Store (column-oriented database) prototype, which was commercialized by Vertica and eventually acquired by Hewlett-Packard and for his HadoopDB research on fault tolerant scalable analytical database systems which was commercialized by Hadapt and acquired by Teradata in 2014, and deterministic, scalable, transactional, distributed systems such as Calvin which is currently being commercialized by Fauna. Abadi has been a recipient of a Churchill Scholarship, a NSF CAREER Award, a Sloan Research Fellowship, a VLDB Best Paper Award, two VLDB "Test of Time" Awards (one for C-Store and one for HadoopDB), the 2008 SIGMOD Jim Gray Doctoral Dissertation Award, the 2013-2014 Yale Provost's Teaching Prize, and the 2013 VLDB Early Career Researcher Award. He was the PhD dissertation advisor of Alexander Thomson's and Jose Falerio's PhD dissertations, both of which won SIGMOD Jim Gray Doctoral Dissertation Awards (in 2015 and 2020 respectively)