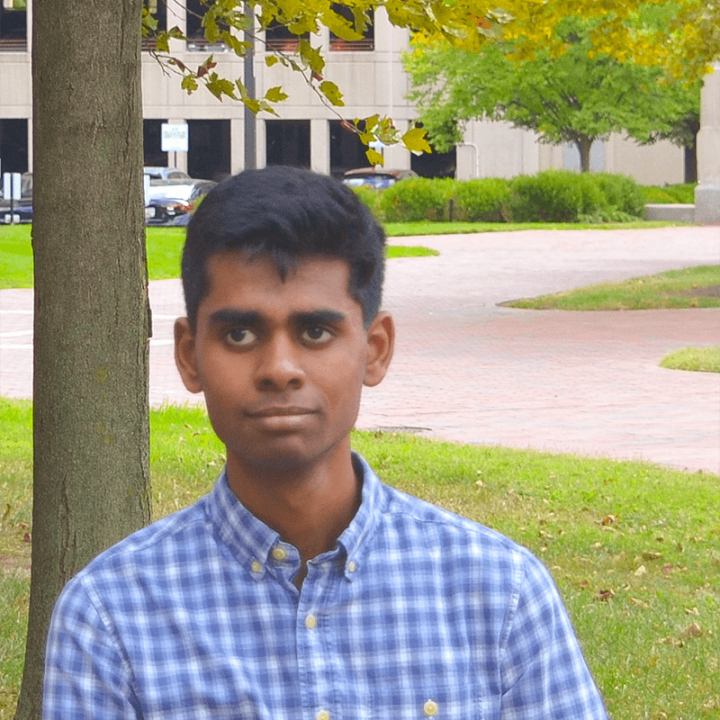 Naveen Raman, a junior computer science and mathematics double major who is also a member of the Advanced Cybersecurity Experience for Students in the Honors College, was awarded scholarship by the Barry Goldwater Scholarship and Excellence in Education Foundation, which encourages students to pursue advanced study and research careers in the sciences, engineering and mathematics.

Over the last decade, the university’s nominations yielded 37 scholarships—the second most in the nation behind Stanford University. A UMD computer science major has been named Goldwater Scholar every year since 2016.

“Our scholars are already contributing significantly to understanding a broad array of important scientific problems through their research. Collectively, there are advancing our understanding of plasma physics and laser-matter interactions, neurological disorders, and bias in artificial intelligence-based algorithms. These young research stars are on trajectories to make major research contributions throughout their careers,” said Robert Infantino, associate dean of undergraduate education in the College of Computer, Mathematical, and Natural Sciences. Infantino has led UMD’s Goldwater Scholarship nominating process since 2001.

Raman, who is a President’s Scholarship recipient from Derwood, Maryland, began working with UMD computer science faculty members in 2018. Since then, he has published four papers and submitted a fifth for publication.

He began by developing algorithms to identify cancer mutation signatures with Distinguished University Professor Aravind Srinivasan and former Assistant Professor Max Leiserson and moved on to working with Assistant Professor John Dickerson to develop policies that balance fairness and profit in ride-pooling systems.

He has been awarded the Brendan Iribe Endowed Scholarship, Capital One Bank Dean’s Scholarship in Computer Science and Corporate Partners in Computing Scholarship.