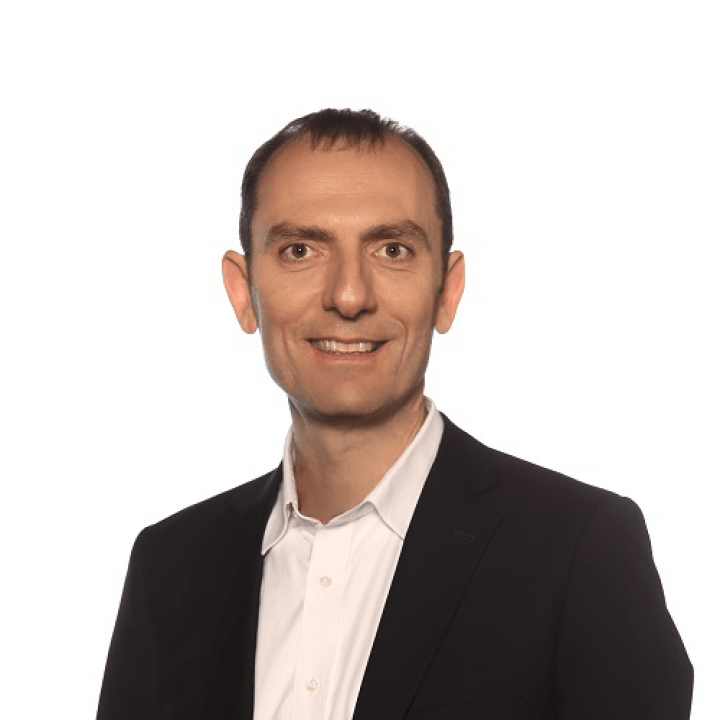 When Ruvi Kitov (B.S. ’97, computer science) was 18 years old, he made one of the biggest decisions of his life: he left his parents’ home in Maryland to join the army—the Israeli army. For someone who spent his early years living with his family in Jerusalem, it felt like the right thing to do at the time.

“It was 1991, right after the beginning of the first war in Iraq,” Kitov recalled. “Saddam Hussein was lobbing rockets at Israel and I was here in Maryland feeling sort of helpless, and my sister was there in bomb shelters. It was very surreal and uncomfortable for an Israeli or an ex-Israeli at that time. I felt that I needed to do something, and I decided to go for it.”

Kitov didn’t realize it at the time, but the lessons he learned about working hard and solving problems during those years of military service would make a big impact on his life.

“I had a really demanding officer and he actually taught me a lot about working hard, so a lot of my work ethic showed up there,” he explained. “In the army I learned what hard work was really all about—improving things, doing things better. I wasn’t on the front lines, I didn’t see combat, but it was a meaningful experience for me because I was there on my own and I grew a lot from it.”

Thirty years later, Kitov is co-founder and CEO of Tufin, a multimillion-dollar publicly traded cybersecurity company with thousands of customers all over the world. It’s a success story that began with a tiny startup, a big idea, a little luck and of course, hard work.

“You can always say we worked very hard, but I assume a lot of people in startups work really hard like just we did,” Kitov explained. “There are a lot of smart people that try and fail, so we were lucky.”

Back and forth between Israel and Maryland

The son of an electrical engineer, Kitov was born in Russia. When he was three months old, his family moved to Israel. Then, when he was 13, another big move, this time to Rockville, Maryland. For Kitov, that meant leaving his friends and his 20-year-old sister behind in Israel and adjusting to the challenges of new surroundings and a whole new culture. By the time he entered high school, he was excelling in his science classes and thinking about the future.

“I was good at math and physics; I really liked those subjects. I thought I might be an engineer,” Kitov said. “I wasn’t heavy into computers. My parents couldn’t afford personal computers, so I didn’t have an Atari and all these things. But my friends did, so I played some video games, but I wasn’t really big into computers back then.”

After high school, Kitov’s decision to enlist in the Israeli army put plans for college on hold. But after three years in the army, he returned to the U.S. and enrolled at the University of Maryland in 1994. Already 21 years old, Kitov was ready to get on with his life. At UMD, the work ethic he developed in the military served him well.

“Most people who do computer science or engineering know at Maryland it’s tough,” Kitov said. “I was in the lab all the time. I didn’t have time to do anything else. Yes, I went out sometimes, but I was working on school every day, every evening, including weekends. It was more than a full-time job.”

At Maryland, Kitov was immersed in the rapidly changing world of computer science. An assignment to build a homepage for one of his professors gave him his first experience working with the internet. Later, during an internship with Microsoft, Kitov worked in the Internet Services Business Unit. But his biggest interest was in cybersecurity.

“What I liked the most in college was networking and security,” he said. “When I finished school, I decided I was going to look for a job in network security.”

So, after graduating from UMD in just three-and-a-half years, Kitov moved back to Tel Aviv and got married.

“When I was in the army, I met my future wife, Avi—she was also in the Israeli army,” he explained. “It’s a long story, but we had maintained a long-distance relationship all this time and I wanted to get back.”

He also went to work as a software developer at Check Point Software, a leader in network security and firewall technology. There, he met another developer, Reuven Harrison, and together, they left Check Point at the end of 2003 on a mission to start a business of their own.

200 square feet and an idea

“We didn’t have an idea for our startup initially,” Kitov said. “We rented a tiny little room near Tel Aviv, it was 200 square feet. And we just looked for ideas.”

While they were looking for that one big idea, Kitov and Harrison consulted for companies they knew, helping them with the challenges of security development. Finally, in mid 2004, they had a plan.

“Within about seven months, we were able to build something that we could ship and actually sell to customers,” Kitov explained. “In December of 2004, we sold to our first three customers. And that enabled us to pay the bills and hire a couple more people and then, in 2005, to incorporate.”

Then and there, Tufin was born, along with the company’s first product, SecureTrack.

“It was a tiny fraction of what it does today, but it was valuable,” Kitov said. “It was essentially monitoring changes that were made to firewalls. People were buying firewalls in order to protect their corporate networks, and they needed a way to manage them. So, it was helping people make sense of the changes they were making to their firewalls and maintaining an audit trail. At the time, it was unique, something that customers really needed.”

But Kitov and his company had a long way to go. Just paying the bills was a challenge.

“We were bootstrapping, and we took no funding, not even from friends and family—nothing,” he said. “We weren’t even taking salaries in the beginning, then we took a very small salary, and at the time I was married and I had my first son.”

Back then, the company was tiny and the work nonstop.

“In the early days, both of us were doing everything,” Kitov recalled. “I was coding, cleaning the office, paying the bills, you know, everything. I was doing sales, obviously; I built the website. Reuven’s wife created the logo and the first business cards. We had to make do.”

As time passed, the company started taking off, with new products and more customers. After four years of bootstrapping, Tufin took its first venture capital investment, then a few more. Over several funding rounds, they raised $28 million in 10 years.

By 2017, Kitov moved to the U.S. with his wife and three children, establishing a U.S. headquarters for Tufin in Boston as the company continued to grow.

Then, in April 2019, Tufin went public, an experience unlike anything Kitov ever imagined.

“I don’t know what to compare it to, but it was crazy,” he said. “You have to keep it under wraps and then at some point you need to let a small team know because they need to be involved. You’re doing double or triple the amount of work that you do normally, because it’s the normal work plus all of the discussions with the bankers and the analysts, preparing everything, speaking with investors. We didn’t know until the last couple of months if this was even going to work.”

But it did work.

“We raised over $100 million,” Kitov said. “We’ve had a tough few quarters, especially with COVID, so it hasn’t been easy. But in retrospect, I’m happy that we did it. We’re a bigger and better company for it.”

Today, still growing, with more than 500 employees worldwide, Tufin works with more than 2,000 of the world’s largest companies, helping them define, implement and manage their network security policy.

What started 17 years ago as a tiny startup with a big idea has come a long way. And no one appreciates that more than Kitov himself.

“Sometimes I pinch myself,” Kitov explained. “In 17 years, you get used to some things, but there are certain things I never get used to and they’re still weird for me. Like when the entire company is in a room and I stand up and speak in front of everybody, I’m never used to that. It’s a special experience.”