Bannan will begin a full-time position as associate algorithm development engineer at tech company Alion Science and Technology upon graduation.
May 10, 2021 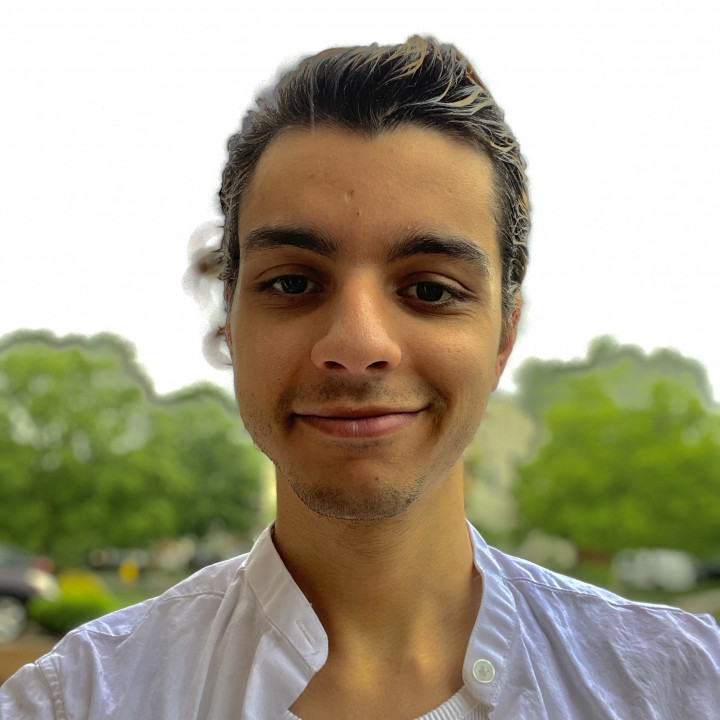 Starting your final semester of college with a job lined up is something most college seniors dream of. For University of Maryland senior computer science major Sam Bannan, that dream is a reality, and he has one major thing to thank for it: an internship.

“Applying to an internship early was the best decision I made at UMD,” Bannan said. “I learned so much about the actual field that I wanted to work in that would’ve taken me years after graduation to learn.”

Bannan transferred to UMD from the Community College of Baltimore County as a sophomore in fall 2018. During his first week in College Park, he attended an ice cream social hosted by the department. There, he was introduced to Alion Science and Technology, a technology solutions company that provides technical expertise and support to the defense and intelligence communities. After meeting Alion’s representatives at the ice cream social, Bannan left with one goal—to work for Alion.

“Alion was the only company that I spoke to that was focused exclusively on artificial intelligence,” Bannan said. “AI is my favorite part of computer science and the area that I want to work in, so I was excited to find a company that was centered around it.”

Bannan spent the next few weeks after the ice cream social preparing for the Department of Computer Science Internship and Career Fair. He went to different career fair preparation events on campus to help him tailor his resume to make it appealing to Alion. And it worked.

“All of my hard work paid off, because after meeting with Alion at the career fair and giving them my resume, I landed an internship with them that started that very next semester,” Bannan said.

In January 2019, Bannan signed on as an artificial intelligence engineering intern with Alion and has been working with the company ever since.

“One of the things about Alion that appealed to me is that they were hiring for year-round internships,” Bannan said. “Most companies were looking just for the summer, but I wanted to work for a company that I could be with for a long time and really feel like I am a part of it.”

In his role at Alion, Bannan works alongside full-time employees and uses natural language processing and other artificial intelligence techniques to solve specific problems or perform desired tasks. For one client, Bannan developed a new software program to automatically cluster and summarize a collection of data.

Bannan balanced his year-round internship with his schoolwork, thanks to the company’s willingness to be flexible with his schedule and work around his classes.

“I designed my school schedule with my internship in mind,” he said. “I concentrated all of my classes on Tuesdays and Thursdays so I could work on Mondays, Wednesdays and Fridays. However, whenever I have midterms, finals, or I just need more time to focus on my classes, they are very accommodating and give me the time off that I need.”

Alion’s flexibility is one of the many things that has kept Bannan at the company for two years as an intern, and now he will be with them even longer. Bannan was offered and accepted a full-time position at the company as an associate algorithm development engineer. And he won’t be alone. He will be joined by fellow Terps Annaliese Wilford and Aavash Thapa, who also interned at the company and will be working as associate software engineers after they graduate.

“I’ve wanted to work in artificial intelligence and Alion is an amazing company, so to not only get an internship there, but also a job, is such a wonderful opportunity,” he said. “I not only love the work that I do there, but the people are great, too.”

Bannan credits his internship for helping him land a job in his dream field and he encourages other students to seek them out.

“Starting the semester knowing that I already had a job offer was a major relief,” he said. “I learned so much during my internship and now I can enter the workforce feeling completely ready. I encourage any students who are thinking about getting an internship to apply for one.”