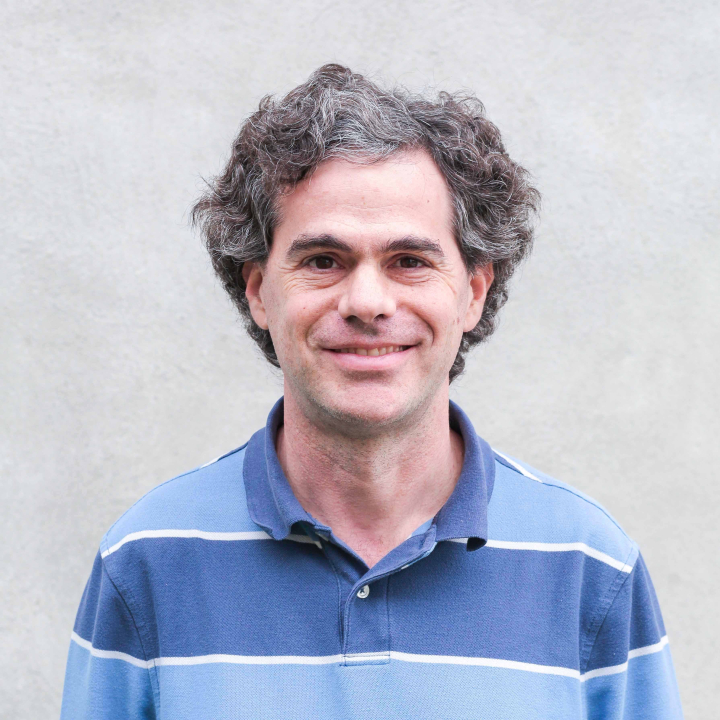 Daniel Gottesman joined the University of Maryland's Department of Computer Science and Institute for Advanced Computer Studies (UMIACS) on July 1, 2021, as the Brin Family Endowed Professor in Theoretical Computer Science. He joined UMD from the Perimeter Institute in Waterloo, Canada.

“I'm excited to join the team at the University of Maryland working on quantum information,” said Gottesman, who also has an appointment in the Joint Center for Quantum Information and Computer Science (QuICS) as a QuICS Fellow. “Maryland was already a powerhouse in quantum information and some fabulous new young faculty have strengthened it even more. I grew up in Maryland and still have a lot of family in the area, so I have a strong personal connection here.”

“The Brin family is extremely grateful to the state of Maryland for this match,” Samuel Brin (B.S. ’09, computer science), who spearheaded the effort on behalf of his family, said at the time. “Our family is committed to Prince George’s County and the University of Maryland, our home for many years. These professorships will help the computer science department continue to push forward and thrive, across all frontiers of computation.”

In addition to Samuel, the Brin family includes his brother and Google co-founder, Sergey Brin (B.S. ’93, mathematics and computer science); his father, UMD Professor Emeritus of Mathematics Michael Brin; and his mother Eugenia Brin, a retired NASA scientist who worked on issues related to climate and weather forecasting.

“Daniel Gottesman is one of the most influential scholars in the world today in quantum information processing,” said Amitabh Varshney, dean of UMD's College of Computer, Mathematical, and Natural Sciences (CMNS). “We are delighted he has joined the University of Maryland to increase our already robust momentum in quantum computing.”

Gottesman received his bachelor’s degree in physics from Harvard University in 1992 and his Ph.D. in physics from Caltech in 1997. After postdoctoral positions at Los Alamos National Laboratory and Microsoft Research, he was a long-term Clay Mathematics Institute Prize Fellow in the University of California, Berkeley’s Computer Science Division.

Since 2002, he has been a faculty member at the Perimeter Institute for Theoretical Physics in Waterloo, Canada. A year later, he began adjunct faculty positions in the University of Waterloo’s Combinatorics and Optimization Department and the Physics & Astronomy Department. He has also been a senior scientist with the company Quantum Benchmark, which was recently acquired by Keysight Technologies and provides software solutions that enable error characterization, error mitigation, error correction and performance validation for quantum computing hardware.

He teaches courses on quantum error correction and quantum information, has supervised more than 30 students and postdocs, and has served on more than 25 graduate student qualifying exam and thesis committees. He is a fellow of the American Physical Society, holds three U.S. patents and was a CIFAR senior fellow in the quantum information science program.

“We are absolutely thrilled to welcome Dr. Gottesman to our department,” said Matthias Zwicker, chair of UMD’s Department of Computer Science. “He is a pioneer in quantum computing whose work will be crucial to continue advancing the University of Maryland’s leadership role in this high-priority research area. I am excited that Dr. Gottesman's groundbreaking research will be supported by the Brin Family Endowed Professorship, which was designed precisely for such opportunities to attract top leaders in strategic research areas to our campus.”

Since 2015, the Department of Computer Science has received over $5 million from the Maryland E-Nnovation Initiative Fund to match private donations establishing 10 endowed professorships.