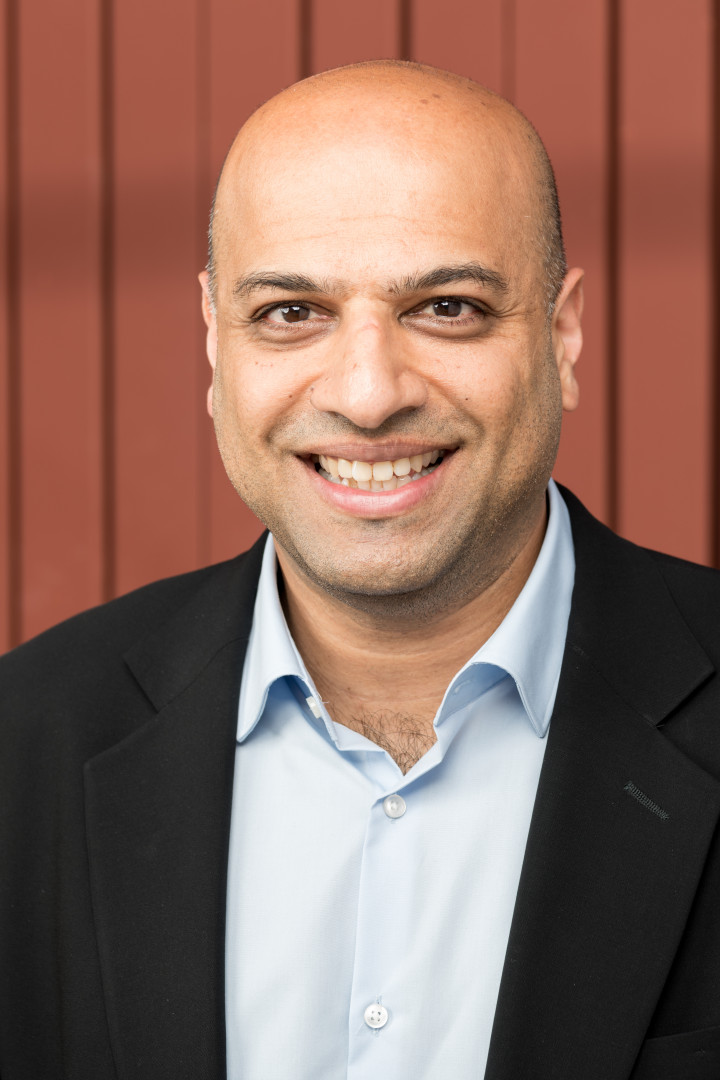 Sujal Patel (B.S. ’96, computer science) still remembers the very first computer in his life. That was a long time ago, and technically it wasn’t even his, but for Patel, that computer changed everything.

“My brother—he’s seven years older—took a computer class in middle school, so my parents bought an Apple II Plus computer. I was glued to that thing as a young kid and it sparked a love of computers,” Patel recalled. “From that point on, it was predestined: all I was going to do was be in computers.”

That “predestiny” eventually led Patel to the computer science program at the University of Maryland and ultimately propelled his career as a highly successful tech entrepreneur. Patel launched his first startup, Isilon Systems, while he was still in his 20s and sold it in 2010 for $2.6 billion.

Then, in June 2021, he made international headlines when he raised $345 million via a special purpose acquisition company (SPAC) to fuel his latest venture, Nautilus Biotechnology. The company is creating a prototype instrument that can comprehensively analyze the proteins in human cells—a system that could be a game changer for drug development and more.

“If we can do this, it should have broad implications on therapeutic development in diagnostics as well as personalized, precision medicine,” Patel said.

Patel was born and raised in New Jersey with his parents, both Indian immigrants. When he was growing up, his father, who came to the U.S. from India to pursue a master’s degree in engineering, encouraged Patel to go after his own “American dream.”

“You bet it was all about that and very entrepreneurial-focused for sure, so I always had that in the back of my head,” Patel explained.

Patel’s years studying computer science at the University of Maryland helped set the stage for the years ahead.

“For me, there are two pieces. One is that the computer science program at Maryland is excellent, and operating systems, distributed systems, algorithms, a lot of that stuff was super important for me as I started my career,” Patel explained. “And second, Maryland’s a big school with lots of open space and it certainly gives people a chance to grow up and grow up quickly.”

Soon after Patel graduated from Maryland in 1996, he got a job as a software engineer at RealNetworks, a digital media company where he would spend the next 4 1/2 years. He quickly climbed the ladder from software engineer to team lead, growing teams and building infrastructure to help companies bring audio and video to the internet. There, right in front of him, Patel saw an opportunity.

“One of the things that we observed was that we would sell million-dollar software to XYZ company and they would turn around and buy millions and millions of dollars of storage systems to support that software. But those storage systems were built for text and they didn’t work well for video and images,” Patel explained. “Going all the way back to my UMD days, I had a lot of interest and experience in distributed computing, so I took that understanding to this storage problem and I was like, ‘You could use that to build a much better storage architecture that was purpose-built for this world of video and images and graphics.’”

That idea—to build a new kind of architecture for storing digital content—inspired Patel to launch his first startup: Isilon Systems. He took the plunge and didn’t look back.

“I felt like our idea was really good and I was too young to know any better,” Patel recalled. “It’s kind of funny; the first time around, you don’t psych yourself out so much because you don’t know any better. You’re just going to take the hill and keep going and going and pushing. There were lots of hard times during that journey, but we just kept pushing and got a product out that was very popular with customers because it really helped their business.”

Isilon took off, serving markets from manufacturing and semiconductors to oil and gas exploration and eventually, life sciences. The company went public in 2006 and four years later Patel sold it for $2.6 billion, staying on beyond the sale to fuel even more growth.

“I stayed for 23 months, which enabled us to get to a billion-dollar run rate in terms of revenue, which is what I told them I would stick around to do, and then I left,” he said.

The next four years gave Patel plenty of time to think about what he wanted to do next. The entrepreneur in him was anxious for the next big challenge.

“I realized very quickly that I was too young and had too much energy and ambition to go and do investments and sit on boards, but I tried that for a while,” he said. “I wanted to go out and do something again. And there was a strong desire that I had to do something that was very different from the last journey and something that had more direct societal impact.”

That something came from former Isilon client and longtime friend Parag Mallick who at the time was running clinical proteomics—the study of proteins—at Cedars-Sinai Medical Center in Los Angeles.

“A really important and interesting idea”

“Parag called me up one day and he said, ‘Sujal, you know that I’ve had a huge problem measuring proteins in sample and it’s critical for health care and I figured out a better way,’” Patel recalled. “For me, it had all the hallmarks of a really important and interesting idea and it took us not very much time to get a plan together and say, ‘Hey, we’re going to do this together.’”

Patel and Mallick became the co-founders of a new venture at the intersection of computing and data science and biochemistry, taking on the challenge of measuring proteins in the human body. Even the name they chose for the company—Nautilus Biotechnology—reflected their mission.

“Many famous submarines carried the name Nautilus and a submarine dives deep. It’s got a periscope that lets you see things that you can’t see normally and that’s what our goal is—to produce an instrument that allows researchers to see much deeper into the proteins that make up cells and that’s the cellular machinery that makes our body work,” Patel explained. “The second meaning is that in the nautilus sea creature, the shell is a logarithmic spiral, which is rooted in math, and the core approach that Parag came up with is also rooted in math.”

Launched in 2016, Nautilus Biotechnology is pioneering a platform to comprehensively identify and analyze human proteins.

“The core thing, the problem we’re going after is this: If I take a drop of blood from your body or I take cells from your body, I’m trying to determine all the proteins in that sample. The question of what DNA is in the sample is a solved problem. For proteins, that problem has yet to be solved.”

“Your proteins respond in a dynamic way to whether you’re sick, whether you’re healthy, if you ate red meat for dinner last night,” Patel explained. “So the understanding of proteins is critical for a wide range of things in medicine—therapeutic development, diagnostics, precision medicine—more than 90% of FDA-approved drugs target proteins.”

Getting a $345 million funding blast this year via a SPAC was a crucial part of the company’s development, even if it did get a little crazy.

“The hard part of it was we weren’t ready to go public and we suddenly decided to do it in a week and the next six months were a high level of craziness,” Patel reflected. “But it was the right option for us because it enabled us to get public in a single transaction quickly and bring in a significant amount of capital, which is important for the type of thing that we’re building.”

Building successful tech ventures isn’t Patel’s only priority in life. Another big one is family, and recently, family camping adventures all over the American west, a welcome break from the pressures of work.

“Our kids are all hikers. They love national parks and since the pandemic, we have spent 55 nights out camping in a camper van, taking my wife and kids out in a vehicle that’s smaller than my office, and we have a great time,” Patel said. “For me, being outdoors, hiking, being on a mountain bike, those are the sort of things that take stress away a bit.”

“The pieces fit together”

Work takes up a significant share of Patel’s time, but with this second startup, it’s different.

“It’s much better this time around, the second time around,” Patel explained. “You have a lot more experience and you definitely have less stress. I’ve been very fortunate in my life that each experience sort of built on the last one and the pieces fit together.”

As Nautilus Biotechnology continues to grow, Patel is inspired and excited for the challenges ahead.

“We haven’t even accomplished this thing yet,” he said. “We have done one thing really well, which is we’ve raised lots and lots of money and we have the foundation of a product and now we have to go and execute. That’s my focus right now and we’ve got everything that we need. I’ve just got to make sure that this team has the direction and the focus to go and execute from here.”

And he’s more than grateful to be exactly where he is right now.

“I totally love all the things that I do outside of work and I’m very fulfilled with work and it’s a huge part of my life,” Patel reflected. “I couldn’t imagine doing anything else.”