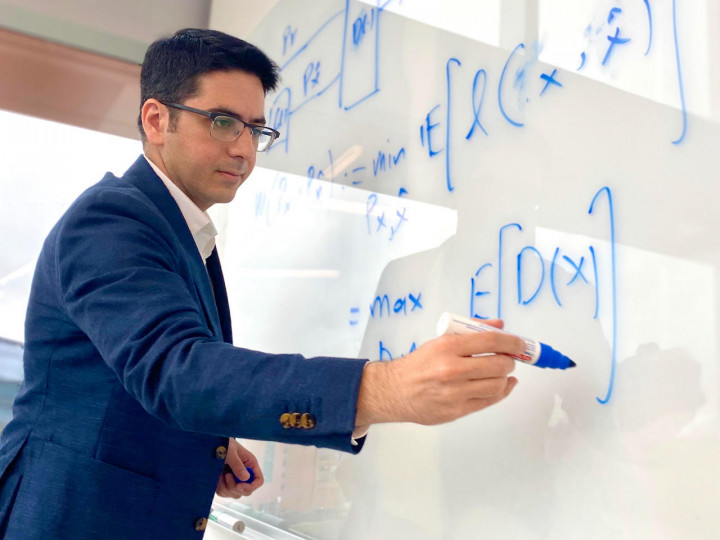 A University of Maryland expert in machine learning has received a prestigious award from the Office of Naval Research (ONR) to advance artificial intelligence agents that can seamlessly interact with humans and perform various tasks with minimal supervision.

Assistant Professor of Computer Science Soheil Feizi is one of 32 recipients nationwide to be named a Young Investigator for 2022. The highly competitive program—there were 220 applicants vying for this year’s award—supports tenure-track academic researchers whose scientific pursuits show outstanding promise in fundamental areas.

The grant supports his efforts to develop a comprehensive and fundamental understanding of robust machine learning algorithms—including their intertwined statistical and computational aspects—against both natural and adversarial threats.

One form of distributional shifts occurs because of natural variations in the environment where the learning system has been deployed. For instance, the perception system of a self-driving vehicle could perform poorly when it encounters changes in weather or lighting.

Another form occurs through adversarial attacks—carefully crafted small perturbations to the inputs of learning systems designed to mislead them. These perturbations can often be imperceptible, Feizi explains, which would not change the input in a semantically meaningful way, thus presenting serious security challenges for real-world systems.

Feizi says his proposed efforts will shed light on fundamental issues of robust machine learning applications, that can lead to reliable and practical methods with provable performance guarantees.

This early career award is the latest for Feizi, who has received several since he came to the UMD campus in 2018.

He is also the recipient of the Simons-Berkeley Research Fellowship, two best paper awards, a teaching award and several industry awards from companies like IBM, AWS and Qualcomm.

In addition to his research, Feizi is active in improving diversity and inclusion in data science and machine learning. He is the leading organizer of the Rising Stars in Machine Learning program, which brings up-and-coming researchers from underrepresented groups to present their work and interact with other machine learning experts at UMD.

Feizi earned his doctorate in electrical engineering and computer science from the Massachusetts Institute of Technology in 2016.