Beyond Now or Never 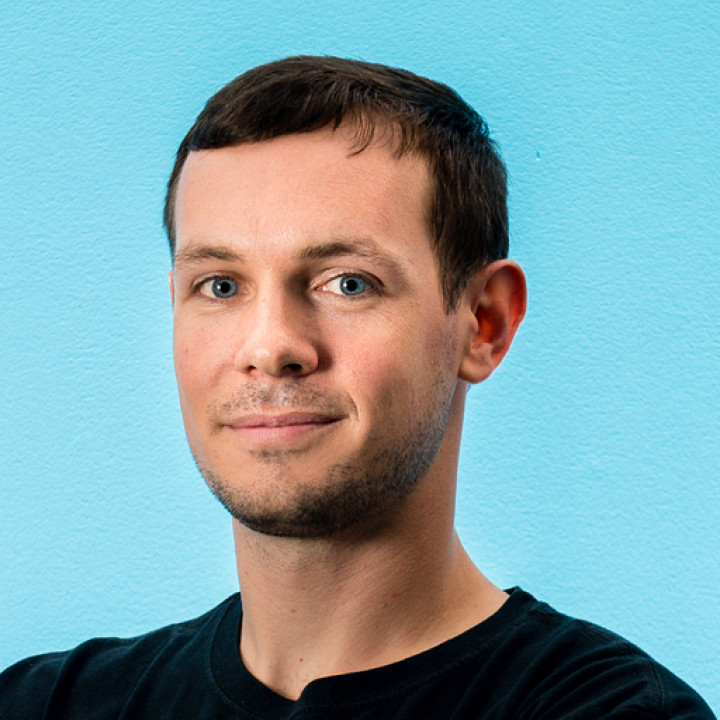 Some people know they’re destined for a future in computer science from the moment they sit down at a keyboard for the first time. Paul Capriolo (B.S. ’06, computer science) is not one of those people.

“I wasn’t drawn to computers as a kid, I wasn’t into the culture at an early age,” he said. “I was around 14 when our family got our first computer and I used it for games and stuff, but how it worked, how to build programs to make it do what I wanted, that didn’t even cross my mind as a possibility, it never even entered my brain.”

But as Capriolo will tell you, a “lightbulb moment” in his first year at the University of Maryland changed everything, launching him on a path to success as a serial entrepreneur and innovator who co-founded two cutting-edge tech companies and four years ago, took on the ever-changing landscape of e-commerce as director of growth for the multichannel platform Zentail.

“Our mission is to make e-commerce simple,” Capriolo said. “If you think about a brand today, they’re selling on their own website, they’re selling on Amazon, they’re selling on Walmart and Facebook and Google and Instagram. Zentail is a platform to manage your entire operations wherever or whatever you’re selling. Everything is concurrent and synchronized, which is really important to reach as many consumers as you can.”

Capriolo grew up in Carroll County, Maryland, an environment more rural than high-tech.

“Where I grew up was mostly farm and country, it wasn’t a very tech-heavy place,” he said. “I didn’t have a lot of tech opportunities, but my mom went back to college and got a master’s in computer science when I was 10. And that gave me some of my first exposure to technology.”

Though Capriolo spent time on his mom’s computer, he was far more interested in playing games than programming. He learned to build a website and took a high school course in QBasic, but when it was time for college, he still wasn’t thinking about computer science—or studying for that matter.

“I was smart, but I was lazy,” he admitted. “I went into college with this high school attitude, like it’s not going to be that hard.”

Capriolo entered UMD planning to be a chemistry major, but he decided to take a crack at computer science.

“I felt like if I wanted to do something in tech or science, I couldn’t wait till my second or third year to start,” Capriolo said. “So I thought, I’m just going to take CMSC 106. It was really hard, and I didn’t understand it at all.”

With his mom providing encouragement—and often, help understanding the concepts—Capriolo struggled through the class. Then, when he signed up for a 200-level logic class, something clicked.

“It was that lightbulb moment,” he said. “I understood almost immediately how to solve these problems, why things worked the way they did, and I felt like I had just acquired this superpower where I could write code. And for the first time ever, I thought I could be a creator and build things for myself and build things for people. In that moment I went from being a C student to being an A student.”

It wasn’t easy. Capriolo spent hours camped out in the TA’s office asking questions and working through the challenges, but he knew he was on the right track.

“I actually saw a light in my future,” Capriolo said. “It was like, I get it now, I want to do the work, and if I do, I can be a master of my own destiny.”

Outside of class, Capriolo was all Terp. He and his friends made regular appearances at Maryland Terrapins sports events.

“I used to paint myself from head to toe in red for Maryland football and basketball games,” Capriolo recalled. “Me and four other friends would spell Terps on our chests. We would each have a letter and we would get to the games three hours early and sit in the front row and cheer.”

He also had a very famous college roommate.

“My primary roommate in college was one of the UMD mascots Testudo,” Capriolo said. “We loved putting on the costume in the dorm room, stuff like that.”

It was thanks to “Testudo” that Capriolo landed his ideal college job.

“It was very serendipitous—during one of the events my roommate did as Testudo he met the current EA Sports campus rep,” Capriolo recalled. “And he was like ‘I have this roommate, he loves games and he would love to work with you.’ Thanks to that introduction, I became the intern for that rep in my sophomore year and then I was the campus rep for the next two years.”

“We always talked about building something we were passionate about,” he recalled. “We kicked some ideas around and we thought why don’t we work on something we love, where we’re capturing the value and we’re taking our shot, it’s now or never.”

Headquartered in his parents’ basement, their startup Now or Never was soon off and running.   The company’s first product, Issue Dictionary, was released later that year.

“The 2008 election was about to happen, and we built a tool so people could reliably compare and contrast the candidates,” Capriolo explained. “Facebook had just opened their platform to third-party app developers so we built a quiz where the user would say, ‘Here’s how I feel about different issues,’ and the app would give them a percentage match against all the different candidates.”

“That one was kind of dead on launch, but Issue Dictionary got a bunch of traction,” Capriolo recalled. “That led us to ultimately think this Facebook ecosystem is going to be huge.”

At the time, the second most popular Facebook app in the world was Pink Ribbon, a fundraiser developed by Boston-based company Free Cause for the Susan G. Komen Breast Cancer Foundation. Inspired by its success, Capriolo, Jenkins and Howard developed a similar app for Toys for Tots.

In 2008, Free Cause acquired Now or Never and brought Capriolo, Jenkins and Howard on as partners. Meanwhile, Capriolo—working remotely with Carnegie Mellon’s blessing—earned his master’s degree, and they all moved to Boston. Living out of a U-Haul van, they were working harder than ever.

“It was an awesome opportunity for us, because we knew how to program and build things we thought were cool, but we didn’t know how to make it a business,” Capriolo explained. “They had business-minded folks, legal folks and great developers.”

Free Cause quickly became a leader in the loyalty space, working with banks, airlines and even sports teams to build their fan bases.

“Anyone who was trying to generate revenue for their cause worked with us,” Capriolo said. “You’d go to your bank and they’d say, ‘Hey, if you shop at Walmart we’ll give you 5% cash back.’ It’s an incentivized way for you as a consumer to generate something you want, whether it’s frequent flyer miles or cash back or whatever.”

In 2009, Free Cause was acquired by the huge Japanese conglomerate Rakuten. That set the stage for Capriolo and Jenkins’ next venture, Social Growth. Headquartered closer to home in Columbia, Maryland, they applied their loyalty-building success to the video game business.

“We found success providing tracking and technology to Facebook monetization platforms,” Capriolo explained. “We went from zero to hundreds of millions of users in just a few months.”

“Starting Now or Never in grad school and then Social Growth in my early to mid 20’s, striking huge deals with hundreds of millions of users and thousands of brands and millions of dollars, I definitely got some flack for being young,” he said. “I was young, but I think that was an advantage, I was looking at everything with fresh eyes.”

After more than seven successful years, Social Growth was acquired by video technology company Kiswe. Capriolo stayed on for a bit as chief marketing and monetization officer, then he took a few months off before reconnecting with the co-founders of Zentail, whom he’d met years earlier at a UMD career event. In 2018, Capriolo joined Zentail as director of growth.

“It was a great opportunity,” he said. “I could do everything I loved as a CEO and not do everything I didn’t love as a CEO, like financial and HR—the stuff you need to do that doesn’t always feel like you’re moving the business forward.”

Four years later, Capriolo still loves the job. And he’s found balance in his life as well, thanks to a regular routine of yoga and meditation and a renewed commitment to family.

“I have four kids now and my family is my primary focus—I no longer would classify myself as a workaholic,” he said. “I have a healthier work-life balance. Playing games with the kids, going on trips, that’s how I decompress. I’m a huge stock market junkie now, too, and I’ve developed a weekly options trading strategy I have fun and success running.”

Capriolo and Jenkins have both been inducted into the Department of Computer Science’s Alumni Hall of Fame. A big believer in paying his success forward, Capriolo shares his expertise as an entrepreneur-in-residence at UMD’s Robert H. Smith School of Business.

“I love to give my time to these students, faculty and alumni who are starting their own businesses and I think I can provide value to them,” he said. “It’s a great way for me to give back.”

Looking back on his own path to success, Capriolo appreciates every twist and turn—and realizes it couldn’t have happened any other way.

“The longer I look back at the twists and turns the less they look like pivots and the more they look like challenges that I needed to have in order to grow and overcome them,” he reflected. “The hardest things I went through were the opportunities for me to grow the most. I wouldn’t change a thing.”