From Scholarship to Successful Career 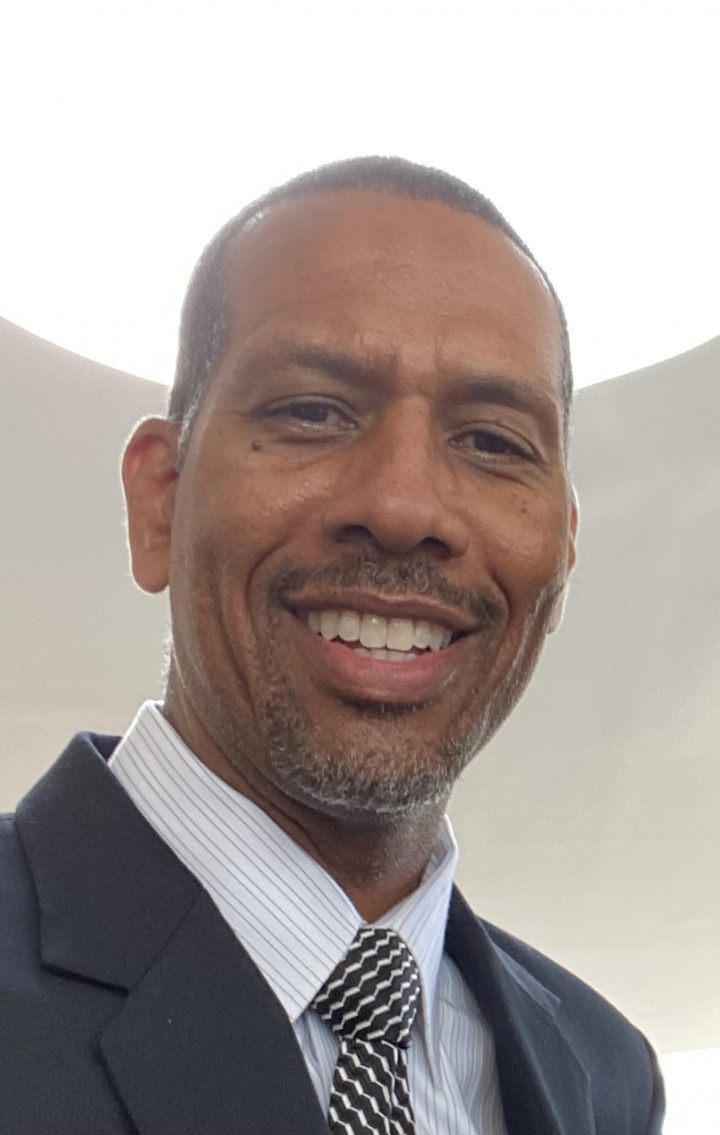 More than 30 years ago, when David Doggette (M.S. ’94, computer science) was a teenager, he agreed to play the piano at a local college scholarship event. He had no idea it would end up changing the trajectory of his life.

“The people organizing the event knew I was a pretty accomplished pianist and asked me if I would play at an event where they were giving out college scholarships,” Doggette recalled. “When they asked me how much I would charge to perform, I told them I’d do it for free.”

Although Doggette didn’t receive a scholarship at the event, the woman coordinating the event was so impressed with Doggette that she soon connected him with an amazing opportunity—a National Security Agency (NSA) scholarship that would cover tuition, books, and supplies and introduced him to national security as a future career.

“The NSA wanted to get more minorities, or people of color, into their services in the technology field—computer science, mathematics, engineering,” Doggette explained. “I ended up with a full ride to college and that’s absolutely what led me into national security.”

More than three decades later, Doggette has made his mark as a software engineer and tech consultant for the intelligence community. Through his tech company, 2HB Inc., he has provided mission-critical information technology, systems engineering and other support services to the Department of Defense and other agencies for over 20 years.

Doggette grew up in Columbia, Maryland, the youngest of three children who were raised knowing the importance of family and faith and the value of hard work. His father, who spent his 30-year career in the Social Security Administration, is still his greatest role model.

“My dad is my hero,” Doggette said. “He went from mailroom to deputy commissioner of social security in his career. He was just a very smart, unassuming individual but I’ve learned so much from him.”

During high school, Doggette’s future started coming into focus. Captivated by a senior year class on the Visual Basic programming language, Doggette quickly realized that he wanted to pursue computer science as a career. Once he got the scholarship from the NSA, he never looked back.

Like other members of his family before him, Doggette began his college career at Oakwood College (now University), a small, historically Black college in Huntsville, Alabama. After a year at Oakwood, Doggette moved on to Stanford University, hitting the books hard and earning a B.S. in computer science in 1991. After he graduated, his next academic step took him closer to home.

“I was very interested in human-computer interaction, they call it usability engineering now,” Doggette said. “At the time, Maryland was ranked 12th for computer science, which was definitely a plus, and my mom was happy for me to come back to Maryland as well.”

While in graduate school at UMD, Doggette worked for the NSA as a software engineer. After he earned his master’s degree in 1994, he stayed at the agency for an additional two years before moving into private industry as a software developer and consultant.

“Why don’t we just put a company together?”

Doggette knew from the beginning that at some point he wanted to start a venture of his own. The opportunity came when a classmate from Stanford—who later became his business partner—contacted him about creating a custom software solution for a computer-based education project.

“This software product would teach fourth graders math using prominent African Americans from history,” Doggette recalled. “My partner was an electrical engineer, and he knew I was a computer scientist so he came to me and said, ‘Hey is this something we can do?’ And I said, ‘We can definitely do that, why don’t we just put a company together?’”

So, in 1994, Doggette and his partner launched their company 2HB from a computer in Doggette’s Maryland townhouse. They started small at first, working on the company after hours and keeping their full-time jobs. Four years later, when 2HB got a contract to develop a 30,000-line Java application to generate monthly reports for the Department of Defense, the two partners quit their jobs and went all in. Then, federal budget cuts took a devastating toll.

“Government goes through cycles where they spend a lot and then they try not to spend anything,” Doggette said. “In 2000, they were in that ‘let’s not spend anything’ mode so contracts we had kind of went away and we shut the business down.”

Knowing he needed more business expertise to make any future company successful, Doggette enrolled in the MBA program at the University of Baltimore in 2001. He never imagined the other events that would unfold that same year.

“9/11 happened right as I was starting my MBA program, and as I was working on my MBA, I told my partner we had to put the company back together,” Doggette said.

By the time he got his MBA in 2003, Doggette was ready to get 2HB up and running again.

“By February of ’04, I was working on a contract for a client and by April my partner was working on another contract and we were able to start hiring and growing from there,” Doggette said.

After more than 25 years—and a lot of ups and downs—2HB has found its niche.

“We provide IT services to the Department of Defense, that’s it in a nutshell,” Doggette explained. “Primarily, we do a lot of systems engineering, but we also do some software engineering and other support services and consulting.”

More than just meeting the needs of his customers in the defense and intelligence communities Doggette finds special satisfaction in being his own boss and leading a company that puts a priority on making employees feel appreciated and giving back to the community. Every year, 2HB donates at least 10% of its net profits to charities, from boys and girls clubs to cancer research. It’s all part of the plan.

“One of the biggest things we decided when we started this company was that we wanted to create the kind of company that we would want to work for,” Doggette said. “That’s exactly what we’ve done.”

Honored by Inc. Magazine as a “Best Workplace” in 2017, 2HB offers “quality of life” employee benefits, like an annual all-expenses-paid company trip every year, 100% company-paid medical insurance and other, more unusual perks.

“We give employees a $50 a month internet allowance, $75 a month for a cell phone allowance, up to $600 a year for a fitness allowance and we just started doing $50 a month for wellness challenges,” Doggette said. “We also do a $50 a month grooming allowance—that was written up in Forbes. They were like ‘Hey, this company will pay for your mani-pedi every month.’”

Whether it’s going the extra mile for employees or giving back to the community, for Doggette it’s about running the kind of business that reflects the faith and values he was raised with—and following a bigger, personal mission that started long before his company did.

“My personal mission in life is to make everyone I come in contact with, to make their day a little nicer than it was without me,” Doggette explained. “I believe in having fun. I believe in God in all things, and I believe If you live your life that way, if you’re always honest and try to do the right thing, then you can relax and you can sleep easy at night. And that’s how I choose to live.”