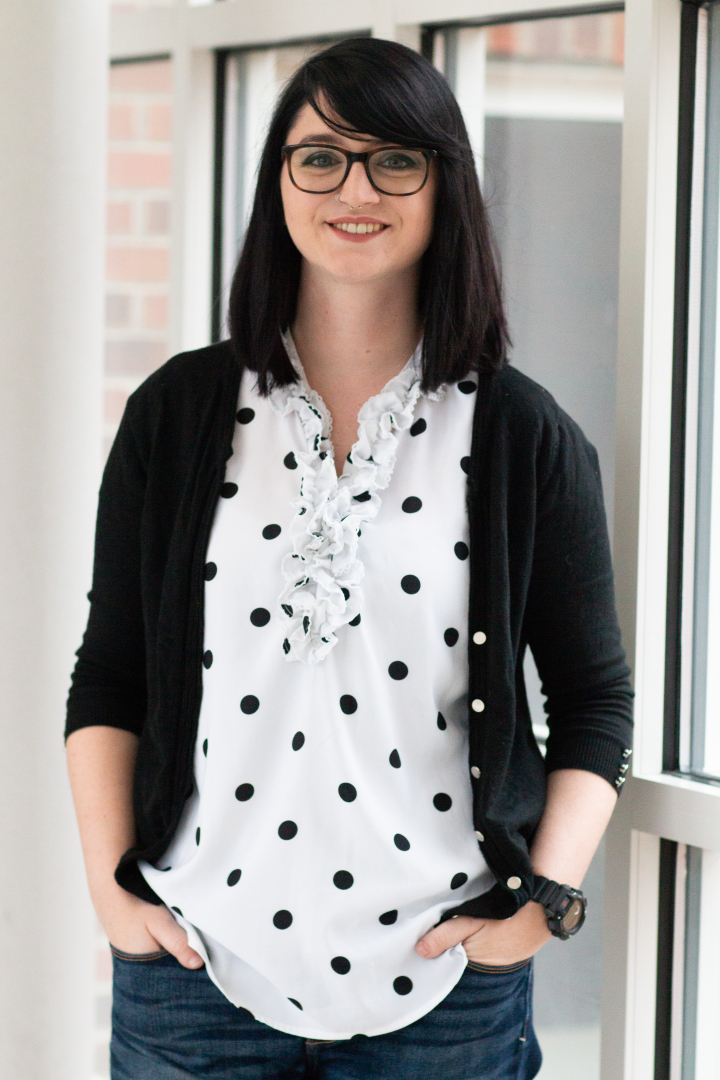 Alyssa Ryan, assistant director of the Immersive Media Design (IMD) program, has been recognized for her commitment and accessibility to students with the Provost’s Academic Adviser of the Year award.

Three individuals are selected for the annual award—a faculty member, staff member and graduate student. Ryan and the other recipients were formally recognized on August 10 at the Undergraduate Studies Annual Academic Advising Conference with a $1K prize and engraved plaque.

Marilyn Ortega, a sophomore in IMD, says she appreciates Ryan’s approachability and consistent support helping her navigate the new major.

“Our one-on-one advisory meetings are something I look forward to, and I feel comfortable asking questions or getting clarifications,” she says in her nomination letter. “Ms. Ryan always vitalizes me to work hard as an IMD student, while still reinforcing joy in the projects that I do and the clubs that I’m involved in.”

Roger Eastman, professor of the practice in computer science and director of IMD, says that Ryan has done an outstanding job of developing advising guidelines, materials for students, connections with faculty and other units, and more.

“I’ve been singularly impressed by Ms. Ryan’s dedication, effectiveness, concern for students, vision for what IMD advising could be, and her motivation to carry it out,” he says in his nomination letter.

Ryan has served as assistant director of the IMD program since March 2021. She was previously an adviser in the Department of Computer Science.

Ryan was also honored with the Thelma M. Williams Adviser of the Year Award in 2017 for her work in advising in computer science.

Launched in Fall 2020, IMD is a joint undergraduate program between the Department of Art and Department of Computer Science. It prepares students to design and develop immersive media content and tools, such as augmented and virtual reality. IMD receives technical and administrative support from the University of Maryland Institute for Advanced Computer Studies.