The computer vision expert will hold a Capital One Professorship and a joint appointment in UMIACS.
September 07, 2022 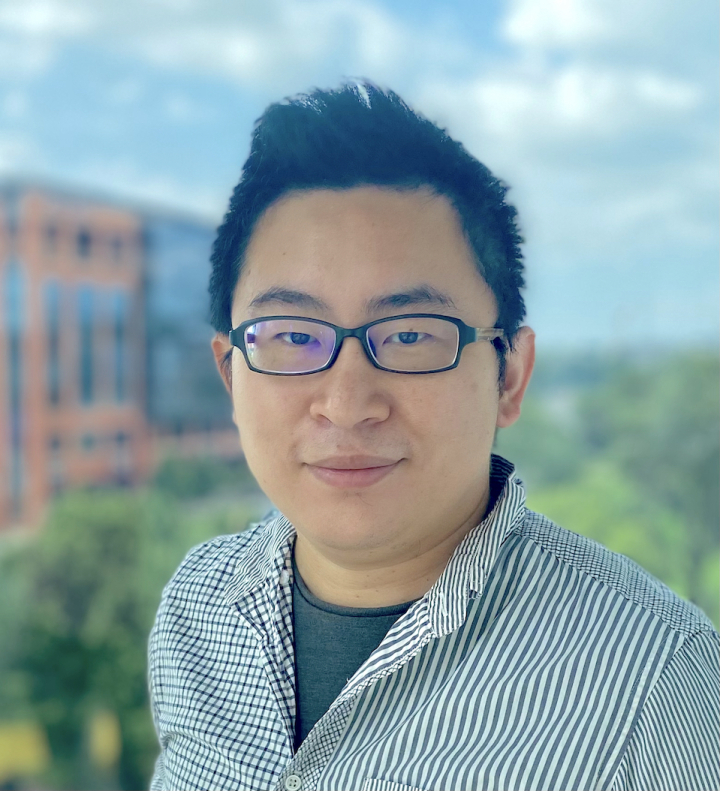 Computer vision—the science that allows computers to establish “visual” contact with their physical or digital environment, interpret what they see, and then take action based on that information—is rapidly progressing.

But the technology still has a way to go before it can begin to mirror the level of sensory perception in humans, which has taken millions of years to evolve.

Jia-Bin Huang is a leading researcher working to close that gap. Huang joined the University of Maryland this month as an associate professor in the Department of Computer Science with a joint appointment in the University of Maryland Institute for Advanced Computer Studies. He will also hold a Capital One Professorship. A $525,000 gift from Capital One was fully matched by the Maryland E-Nnovation Initiative Fund (MEIF) to support Huang’s endowed professorship.

Huang is focused on advancing computers to perceive images and videos like humans do. More specifically, he develops computational methods for recognizing and reconstructing the underlying dynamic 3D scenes in images and videos.

Huang comes to UMD after spending a year as a research scientist at Meta Reality Labs. Before that, he was an assistant professor of electrical and computer engineering at Virginia Tech.

He says that he is excited about his return to academia to partake in his other passion—supporting graduate students.

Huang is popular on Twitter for posting threads of advice for Ph.D. students, using memes, GIFs, emojis, and comic strips to make his posts engaging.

He often provides tips that he wishes he knew as a Ph.D. student—ranging from preparing academic papers and presentations, to productivity, networking, finance and more. His 40 threads of advice are available on his GitHub profile under “Awesome Tips.”

Huang took up prolific tweeting at the beginning of the COVID-19 pandemic because he was looking for something to do while watching his two sons at home, who are now ages 4 and 6. Since then, his account has amassed more than 33,700 followers.

He says that he never expected his tweeting, which started out of boredom, to become a hobby, but he appreciates the community of graduate students that he has grown and supports on the platform.

He was studying integrated circuit design when he ran across a talk by Takeo Kanade, a professor of robotics and computer science at Carnegie Mellon University and one of the world’s foremost researchers in computer vision.

“His talk just blew me away,” Huang says. “I was particularly impressed by EyeVision, a technology that involves shooting multiple video images of a dynamic event, such as a football game, from multiple cameras placed at different angles.”

Afterward, Huang started exploring research opportunities in image processing and computer vision within his department, which led him to his current work.

He has long been aware of the rich history of research in computer vision at UMD and is eager to collaborate with other researchers here, including those active in the Center for Automation Research, the University of Maryland Center for Machine Learning, and the Maryland Blended Reality Center.

“I have been tracking the excellent research in computer vision at UMD since I was a Ph.D. student at the University of Illinois, Urbana-Champaign,” he says. Huang graduated with his doctorate in electrical and computer engineering there in 2016.