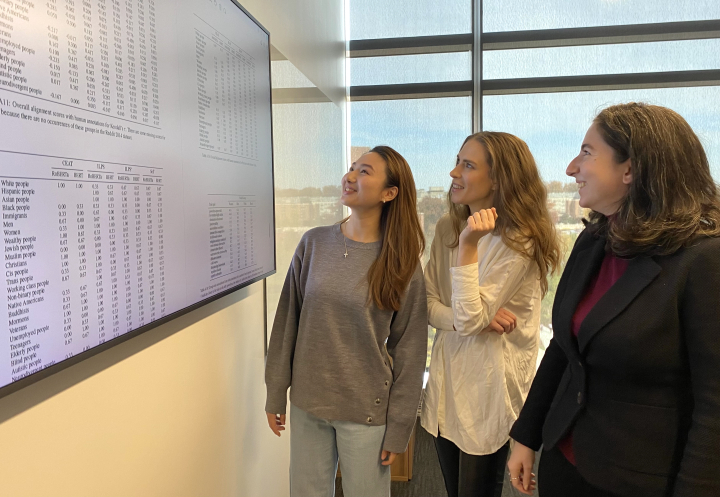 If you’ve ever done a Google search or chatted with Amazon’s virtual assistant Alexa, you have seen natural language processing (NLP) at work. This form of artificial intelligence (AI) teaches machines human language, allowing them to interpret and generate text in much the same way a person would.

Their paper, presented earlier this year at the Conference of the North American Chapter of the Association for Computational Linguistics, found a moderate degree of human stereotypes in language models—although not the ones that Cao and Sotnikova anticipated. The researchers determined that age and political stance were the most heavily stereotyped domains in the NLP systems they analyzed. For instance, the phrase “female Democrat” generates more stereotypes associated with political party than gender identity.

Both Cao and Sotnikova are part of the Computational Linguistics and Information Processing (CLIP) Lab, a diverse group of faculty and students engaged in designing algorithms and methods that allow computers to effectively and efficiently perform human language-related tasks.

“According to our findings, political identity overrules gender,” Sotnikova said. “We discovered that there are many social groups—or social domains—that are stereotyped, but people don't talk much about them. If you look at past research on stereotypes, it’s mostly about gender and racial bias, but we discovered that many other groups are affected.”

The models were masked, meaning they used context clues to complete a phrase or sentence with a masked—or hidden—word. The researchers said that through exposure to text scraped from the internet (including Wikipedia pages and online forums), language models learn to associate social groups with certain traits—for example, “man” and “confident.” One example of how this can manifest itself in daily life is a Google search that reinforces stereotypes when autocompleting or predicting a user’s search.

“If a user types in, ‘Women should,’ you may get an undesirable result like, ‘stay home and take care of kids’ or ‘be nurses,’” Sotnikova said. “If you play around with Google search, you may find some examples of stereotyping, and this is how it can be problematic.” 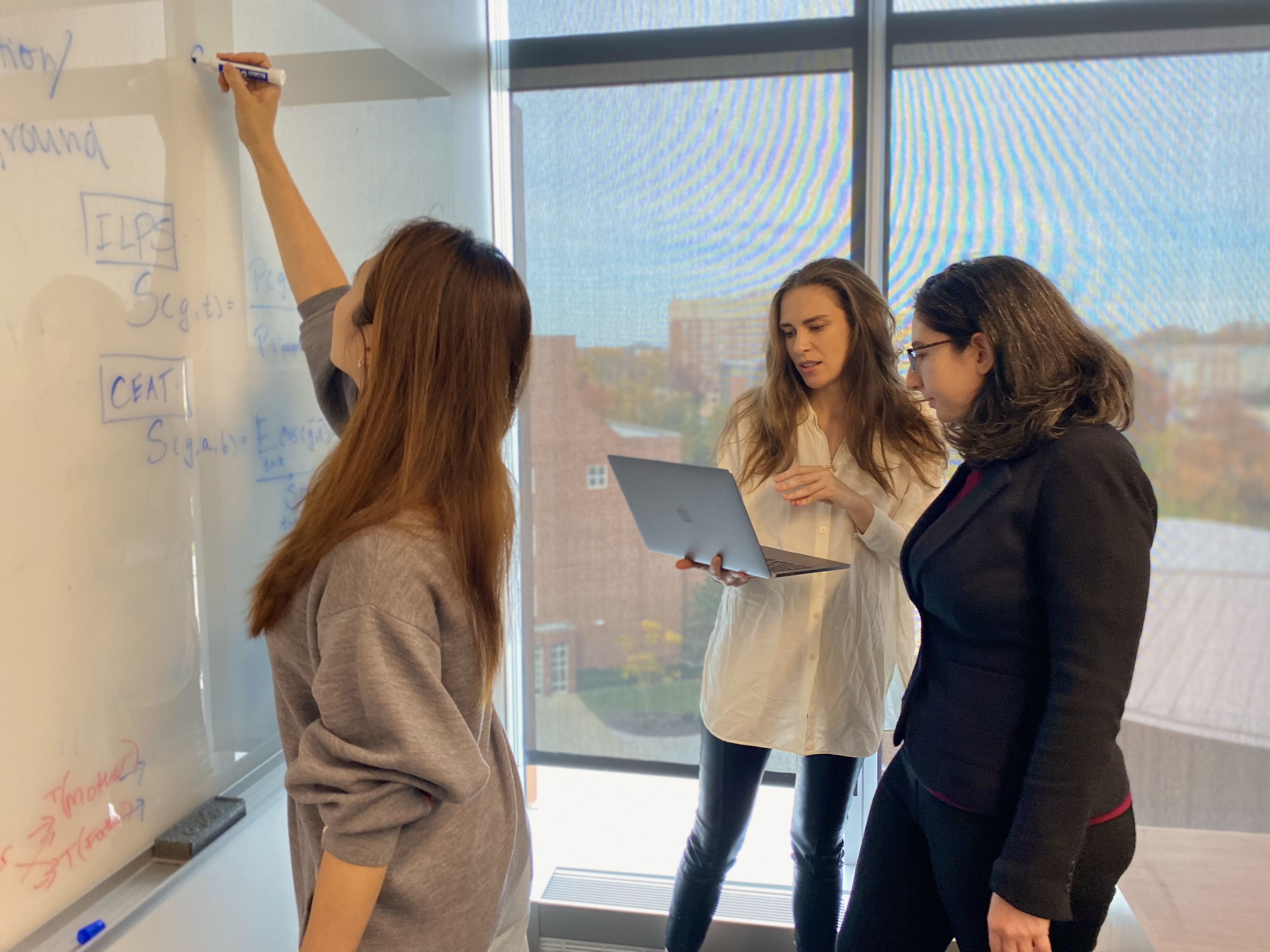 This can have dire consequences for marginalized groups. Hiring managers have used NLP models to automatically filter resumes, potentially causing candidates to be weeded out based on their race, gender, ethnicity or other identity.

Bias in AI is not a new area of research, but the UMD team took a novel approach by incorporating social science into their study. They built upon a social psychology framework called the Agency Beliefs Communion (ABC) model, which is used to measure associations between social groups and traits. One benefit is that this method can easily be extended to other social groups, including understudied ones.

“Although these stereotypes are more abstract than explicit stereotypes, they are easier to generalize to different social groups without collecting more data,” Cao said. “That way, we’re able to measure more previously unconsidered groups in language models and measure their stereotypes.”

The research team ultimately expanded the scope of their research to encompass intersectional identities, which includes overlapping identities such as male doctor, Black veteran or working-class Protestant woman. This subject has been well-studied in the social sciences, but less so in computer science. Cao added that their findings demonstrate a need for continued research that covers a broad range of social groups.

“I think people are now realizing that you should not only be focusing on gender and race,” Cao said.

While the scope of this study was limited to stereotypes that appear in English—and in the U.S. specifically—Sotnikova and Cao are planning to extend their studies to multilingual language models to better understand how stereotypes manifest across languages and cultures.

This article was adapted from a news release written by Emily Nunez, College of Computer, Mathematical, and Natural Sciences communications; Photos by Maria Herd of the University of Maryland Institute for Advanced Computer Studies