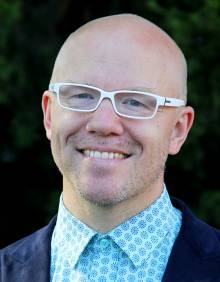 Niklas Elmqvist is a professor in the iSchool (College of Information Studies) at University of Maryland, College Park. He received his Ph.D. in computer science in 2006 from Chalmers University in Gothenburg, Sweden, and has conducted research at Georgia Institute of Technology in Atlanta, GA (Spring 2006), INRIA in Paris, France (Spring 2007), and Microsoft Research in Paris, France (2007-2008). Prior to joining University of Maryland, he was an assistant professor of electrical and computer engineering at Purdue University in West Lafayette, IN. His research area is information visualization, human-computer interaction, and visual analytics. He is the recipient of an NSF CAREER award as well as best paper awards from the IEEE Information Visualization conference, the International Journal of Virtual Reality, and the ASME IDETC/CIE 2013 conference. He is an associate editor of the Information Visualization journal as well as co-editor of the Morgan Claypool Synthesis Lectures on Visualization. His research has been funded by both federal agencies such as NSF and DHS as well as by companies such as Google, NVIDIA, and Microsoft. He is also the recipient of the Purdue Student Government Graduate Mentoring Award in 2014, a Ruth and Joel Spira Outstanding Teacher Award in 2012, and the Purdue ECE Chicago Alumni New Faculty award in 2010.