Professor Don Perlis on the future of AI 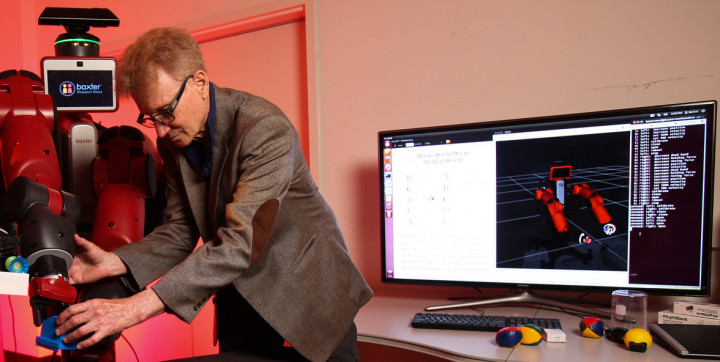 In an article addressing the future of artificial intelligence, Tanya Lewis of Live Science.com turned to Professor Don Perlis for insight on the history and developments that have taken place in AI over the last several years.  Perlis explained to Lewis that humans have eagerly anticipated the development of 'conscious machines' since the inception of Artificial Intelligence studies in the 1950s.  The research that Perlis conducts with his colleagues and students include artificial intelligence: commonsense reasoning; flexible, domain-general, self-adjusting autonomous systems; and philosophical issues surrounding language, mind, consciousness.  One of his current projects involves working with Baxter, a interaction production robot (with which Professor Perlis is pictured). Along with his colleagues Professor Yannis Aliomonos (or Computer Science and UMIACS) and Associate Research Scientist Dr. Cornelia Fermuller (of UMIACS), and a team of dedicated graduate students, Perlis ushers in an era where artificial intelligence and machine consciousness move ever closer to reality.  Read the article: Artificial Intelligence, Friendly or Frightening?