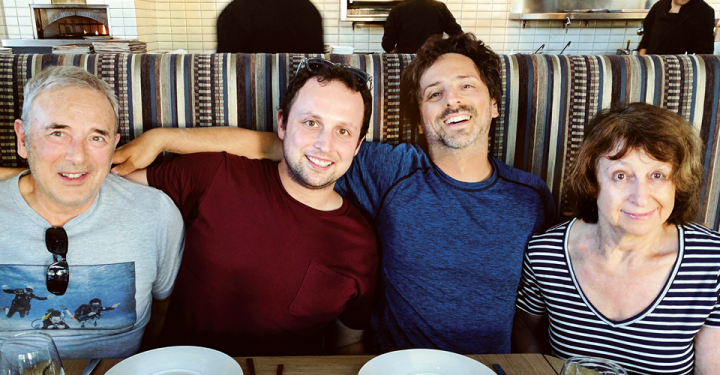 This article is republished from Terp Magazine online:

Brin Family Gift Supports Both Sides of Science of Computing

Sam Brin ’09 has nothing but praise for the University of Maryland Department of Computer Science, which famously launched his elder brother, Sergey ’93, on the path to becoming a founder of internet behemoth and computing kingpin Google … But, in retrospect, if he had just one little critique, he’d have benefited from greater integration of the hardware side of the discipline in his studies.

That’s why nearly half of a new $2 million gift from the Brin family aims to make hardware a more integral part of the computer science department. The gift includes expanding an experimental honors hardware course to include all computer science majors. It will also support continuing research into machine perception and drones by Professor Yiannis Aloimonos, a computer science professor with joint appointments in the Institute for Systems Research and the UMD Institute for Advanced Computer Studies (UMIACS). It will also establish the Brin Family Robotics and UAV Laboratory in the new Brendan Iribe Center for Computer Science and Innovation, among other priorities.

The remaining $1 million from the Brin children and parents—Michael, a professor emeritus in mathematics, and mother Eugenia, a former analyst at NASA Goddard Space Flight Center—will establish the Brin Family Endowed Professorship in Theoretical Computer Science.

“This could support someone working in a sexy field like machine learning, or maybe something less mainstream,” Sam Brin says. “It’s worth noting that Google itself, both as a technology and a product, is an example of pure research that Sergey and Larry [Page, Google’s other co-founder] were doing, rather than trying to start a business.”