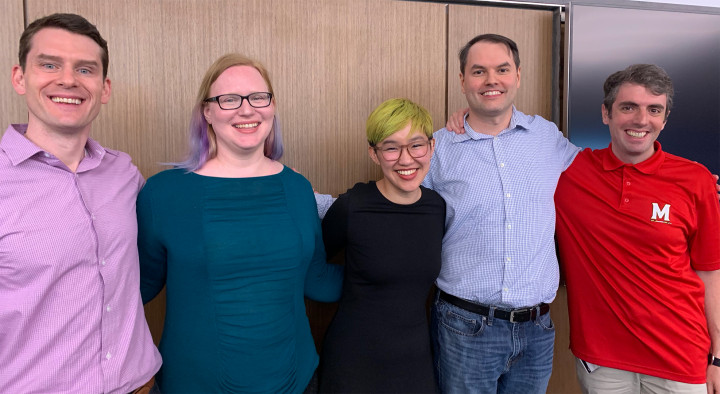 On May 13, four former Jeopardy! champions took on students’ final projects to see whether trivia whizzes or artificial intelligence could better answer questions

These question answering systems played a game called quiz bowl.  Unlike Jeopardy! where you can only answer at the end of the question, you can interrupt a quiz bowl question when you know the answer. Trivia aficionados consider this a “truer” test of who knows more about a given subject, particularly because the questions are structured so that easier clues that more people know follow the initial obscure clues.  If you can answer on the obscure clues, you must be an expert.

Members of the public also came out to the event to see Jeopardy! celebrities, including Sara DelVillano, a band teacher from Lanham, Maryland, who later that night became a Jeopardy! Champion herself in the Teacher’s Tournament.

These events are part of Boyd-Graber’s project, Question Answering is Not a Trivia Activity, which uses question answering events to help explain what AI can (and cannot) do to the general public.