A Journey to Academia During COVID

How 2020 Ph.D. graduate Brian Brubach found his niche by making his interests in social good, fairness and diversity a part of his research
November 10, 2020 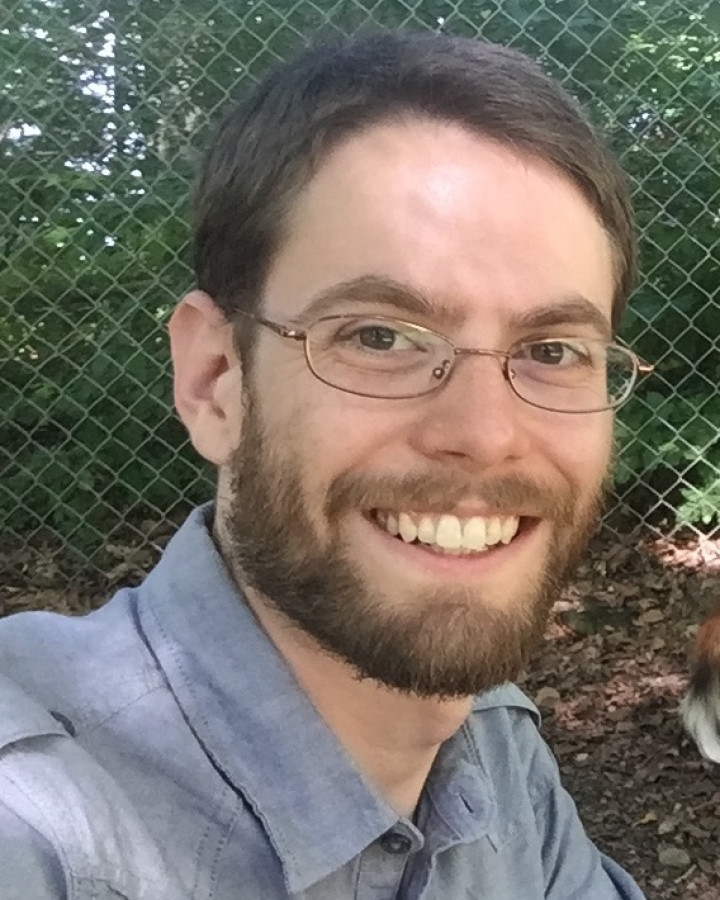 As a boy growing up in Carroll County, Maryland, Brian Brubach (Ph.D. ’20, computer science) struggled with academics due to a learning disability, but he loved computers.

“We had a family computer at home when I was growing up,” Brubach said. “And I was able to kind of explore it on my own and become part of that generation of people who knew more about computers than their parents.”

A lot has changed since then. In May 2020, Brubach was awarded a Ph.D. in computer science from the University of Maryland and got a job in academia. He’s now in his first year as an assistant professor in the Computer Science Department at Wellesley College, a prestigious women’s liberal arts college near Boston, thanks in part to a UMD alumnus who helped him take his passion for computers in a new direction.

Brubach didn’t start out college pursuing computer science. He earned his first B.A. in film and video at Columbia College Chicago and worked as a freelance filmmaker before heading to Rutgers for yet another B.A. in computer science. His plan then was to become a computer programmer. But that was before he met Rajiv Gandhi (Ph.D. ’03, computer science).

“Rajiv Gandhi was Samir Khuller’s Ph.D. student and he’s in the department’s Alumni Hall of Fame,” Brubach explained. “Rajiv has sent a bunch of students that he’s mentored both at Rutgers and in India to UMD and other grad schools. And when I started working with Rajiv he was like, ‘You know you should really think about doing grad school if you think you’re interested in research and you like this. I can help guide you through that process.’”

Rajiv followed through on that promise, helping Brubach get into the Ph.D. program at UMD. There, as Brubach began his graduate research, his advisors—Distinguished University Professor Aravind Srinivasan and Professor Mihai Pop—encouraged him to open his mind to the research opportunities around him.

“They both very much had that attitude that you should work on what you’re interested in,”

Srinivasan has high praise for Brubach and his work.

“Brian’s research is prolific, rooted in algorithmic rigor, and has a keen eye toward fundamental problems in bioinformatics, data science, fairness, e-commerce and combinatorial optimization,” Srinivasan said. “He thinks in a unique and creative way, something that I have enjoyed as part of our research projects.”

Early on, Brubach was mostly developing algorithms and doing theoretical computer science research. Then he branched out, focusing on applications in bioinformatics, as well as fairness and social good—things that were especially important to him.

“I like working on the tech research problems that relate to social good. And I’m also really interested in promoting diversity in CS,” Brubach said. “It’s really important for everyone in computer science to take that seriously in all of their day-to-day interactions and how they go about their job because it’s been a crisis in computer science for so long.”

Brubach's interest in bias goes beyond its impact on the broad field of computer science; bias in automated systems was a focus for Brubach's Ph.D. research as well.

“In recent years, there’s been a lot of attention in how bias persists in algorithms and in automated systems in general,” he said. “The bias persists there, kind of in the way that it persists in other aspects of society. I got really interested in working on algorithms that could address that.”

Brubach believes his interests in diversity and social good go back to something he did many years earlier, long before computer science was even on his radar. After he got his film degree, Brubach worked as a teaching artist for Columbia College Chicago’s Center for Community Arts Partnerships.

“We did arts education there. I was also freelancing as a filmmaker at the time,” Brubach recalled of his time at the nonprofit. “I would teach in after-school programs, and we would do residencies where we would partner with classroom teachers during the day, mostly working in low-income schools in Chicago. I really enjoyed it.”

During that time, Brubach also discovered a love for teaching, which ended up shaping his eventual career plans.

By early 2020, Brubach was in the final year of his Ph.D., and he was applying and interviewing for positions at research universities and liberal arts colleges around the country. In March, he received and accepted an offer from Wellesley College for the position he really wanted. And not a moment too soon.

“It was weird. Basically, it happened at that same time everything was shutting down because of COVID,” Brubach said. “I felt really lucky that I got the offer just in the nick of time.”

Now, halfway through his first semester of teaching at Wellesley, Brubach is adjusting to the demands of a new job—and figuring out how to do it during a pandemic. COVID has impacted every step in the process, from relocating his wife and 3-year-old son to Massachusetts to getting to know his colleagues at Wellesley.

“Many of us have only met on Zoom other than when I came up to interview,” Brubach explained. “Some of them I’ve managed to meet socially distant in person.”

Challenges? Absolutely. And some surprises, including the place he found himself teaching one of his first in-person classes.

“It’s a struggle to find places where everybody can be 6 feet apart,” Brubach explained. “So, I was actually teaching in the alumnae ballroom, which I assume is a place where they have fancy events. One wall of it was all mirrors. So that was kind of fun that I was teaching in this strange absurd place.”

As stressful, difficult and exhausting as it has been at times, Brubach has adjusted well. But he looks forward to the day the pandemic—and all the ways it has impacted his day-to-day routine—is behind him.

“This semester is very much a survival semester,” Brubach said. “It’s weird that I’m prepping all these ways of teaching that I’m going to have to re-prep next year. A lot of us who are first-year faculty have talked about how it’s like we’re going to have two first years.”

In the coming months, Brubach hopes to resume research that the pandemic has put on hold, continuing to explore his interests in fairness and social good and promoting diversity in computer science.

“The way I look at it, there’s no research project that I can work on by myself or that any of us could work on that would have a bigger impact than you can just by improving diversity and inclusivity,” Brubach said. “Think of the amazing things that would be accomplished by all these people who have been sort of ignored for so long. I want to be part of making that happen.”

Brubach’s journey has already taken him a long way. He can’t wait to see what’s next.