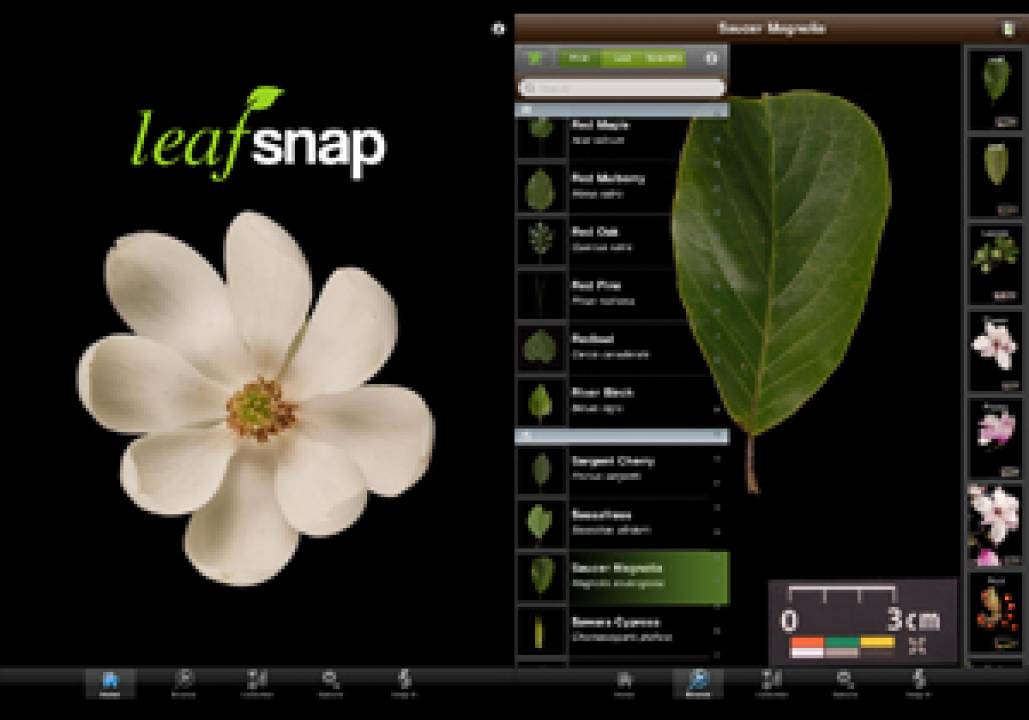 Amateur botany just got easier with the LeafSnap application, one of the top 10 science apps*. The first of the revolutionary nature-guide mobile apps mentioned in a recent New York Times article, Computer Science Department Professor David Jacob’s impressive LeafSnap app allows anyone to identify flora with their mobile phones.  With over a million downloads, this “fun, fascinating and definitely educational” application, as described by the NYT, helps plant enthusiasts learn more about “an extensive [plethora] of North American plant” habitats and environments with “photo-rich data pages.” And for those of us who are not quite so plant-literate:
“LeafSnap offers a magical bit of help. Take a leaf and snap a clear photo of it…after a short delay the app gives you trees that seem to best match the shape of the leaf.”
Next time you take a walk in the woods, bring LeafSnap along; you might just learn something new. Have kids? See who can find the widest variety of plants and identify them with LeafSnap. Live in the UK? Jacobs’ team is “very excited about the new LeafSnap UK app that will be released this spring.”
Plants not your thing? Professor Jacobs teaches image processing to undergraduate computer science students at the University of Maryland, preparing them to make their own image identification applications – CarSnap anyone?