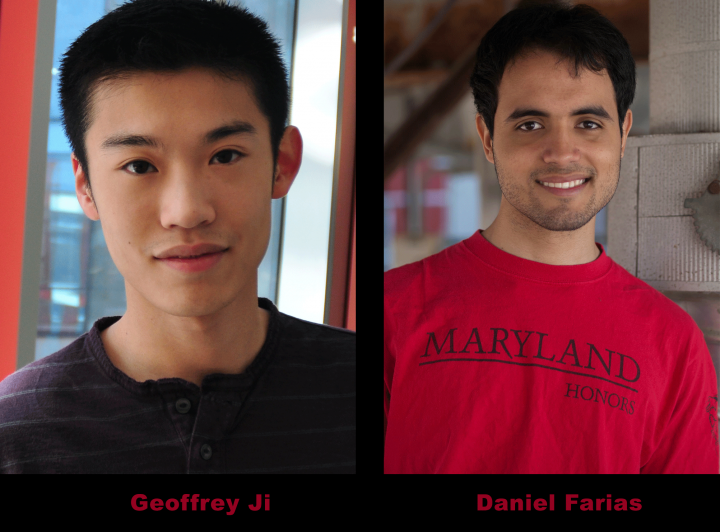 Computer Science undergraduate student Geoffrey Ji has been named a 2014 Goldwater Scholar. The Goldwater Scholarships are awarded on the basis of merit to two groups of students---those who will be college juniors and those who will be college seniors in the 2014-2015 academic year---who have outstanding potential and intend to pursue research careers in mathematics, the natural sciences, or engineering. Geoffrey intends to earn a Ph.D. in Physics and is currently conducting quantum computing research using novel techniques and optical layouts to demonstrate two-qubit entanglement and qubit sympathetic cooling.  In addition to Computer Science, Geoffrey is also majoring in Physics, Mathematics and Economics.

Daniel Albarnaz Farias, another Computer Science undergraduate, was named an Honorable Mention for the 2014 Goldwater Scholarship. Daniel’s goal is to earn a Ph.D. in Electrical and Computer Engineering. His previous research includes work on enhancing FM signal processing and applications in Android-based smartphones under the mentorship of Computer Science Associate Professor Neil Spring. Daniel is a Computer Science, Electrical Engineering and Mathematics triple major.